The digital future of crime reporting 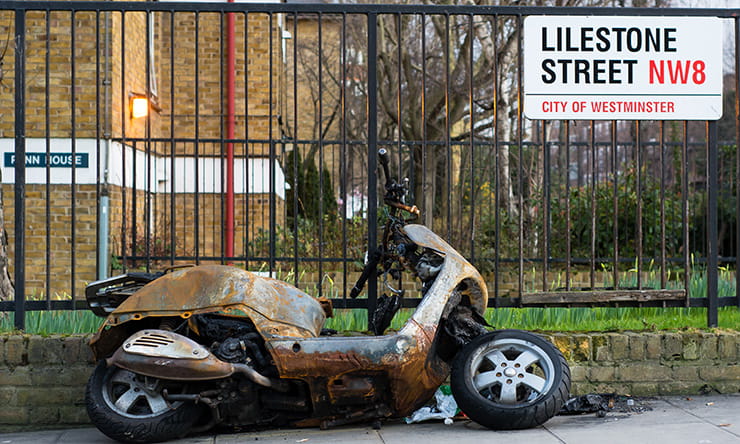 The way victims of crime report their motorcycles stolen or damaged is about to change.

The UK’s Chief Police Officers have discussed the current increase in serious crimes alongside the depletion of their rank and file officers, and have agreed to implement a new online crime reporting system – particularly for those who have been at the brunt of what are considered less serious offences,  like motorcycle crime – that will, it’s hoped, make it easier to report an incident and liaise thereafter with the officers dealing with their enquiry.

This new digital policing strategy has been developed with police call handlers in mind, in the hope that it will ease the pressure on their workload and make them more efficient.

The pioneering idea went live last month in the Thames Valley area, and has already seen a 35% increase in the reporting of road traffic incidents, and an overall 40% reduction in calls to the police 101 number. 10% of crime in London – including vehicle crime – is now reported online.

Also in the ideas pipeline, and to compliment the new reporting system, is another platform for biometric data (mainly for DNA and fingerprints), and a new national automatic number plate recognition system (ANPR,) which Chief Constable Sarah Thornton suggests will be a user-friendly system that should make working across constabulary borders much easier; a scheme many other police chiefs in the UK support, and now appear prepared to adopt.

So far however, positive responses from front-line officers are few and far between, with many suggesting these 'easy' methods of crime reporting will simply place more demand on officers and give them much less to time to investigate crimes.

Other negative responses state that control-room call handlers – who are not police officers – will need more 24/7 monitoring, and the huge volume of calls expected will need to be graded. This will again need more supervision and an increase in staff, and benefit only those who want or expect a crime number and nothing else.

Finally, there’s a fear that the expected high volume of ‘low priority crimes’ will not receive a robust or formal enough investigation, and will affect the six or seven million potential victims who have little or no knowledge of computers, and are not online. Cynics suggest that being able to physically access a local police station is becoming increasingly difficult, with many in towns and cities being sold or closed down, which could prevent some people reporting their crimes at all, however serious they might be.

Online crime recording is a certainty, and while both the police and crime commissioners (PCCs) and their chief officers decide their force priorities to determine what gets investigated and what doesn’t, no one expects vehicle crime to show any real increase in priority.

As the police distance themselves from vehicle crime to pursue other targets, many of today’s insurance companies discuss what they are each individually – or collectively – going to do about vehicle crime in the future. Many underwriters do of course already investigate theft and fraud, and although they’re effective, have to work within the confines of civil law, and are heavily regulated.

For the last decade, insurers have been working to change their perceived image from one that ‘attempts to deny all claims’ to more visibly supporting and settle claims, so the idea of increasing investigations is not the image they want.

The coalition with UK police forces is made no easier by the police reluctance to discuss any information via phone or email with insurance company investigators, for fear of breaching the data protection act – soon to be replaced by GDPR (General Data Protection Regulation), an even more restricted piece of legislation – and a police report application process that is both costly and tedious in response times.

Only if (perhaps when), fraud investigations are taken away from the police, and the insurers data becomes the primary data, could we possibly see a true picture of the comprehensive make-up of individual crimes.

All we can hope in the future is that the scheme works and inspires a friendlier partnership between the insurance companies, the police and the public, similar to what’s been in place in America for the past 26 years.

The US National Insurance Crime Board (NICB) has everything online, and information is shared, allowing the partnership to help eachother investigate the majority of crimes, fraud and theft through shared data analytics, investigations, legislative advocacy and even posting public awareness advice and sharing training events.

Chief Constable Sarah Thornton and her colleagues may well have made the right call for now regarding online reporting, and while it will likely be tweaked several times, it’s a start.