Harley-Davidsons to be hit by import tariffs 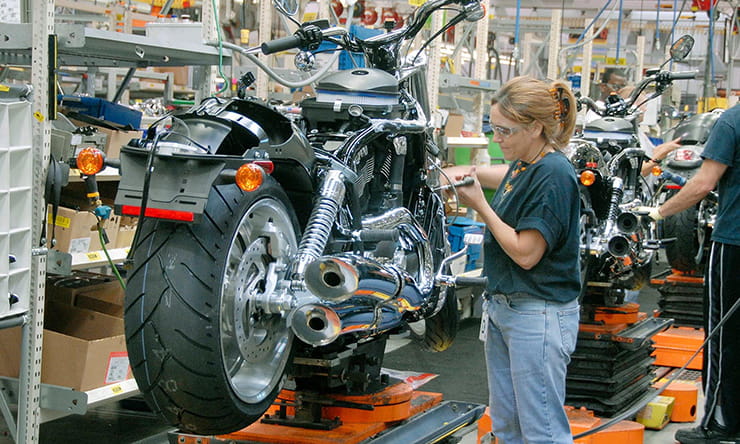 President Trump’s decision to slap 25% import tariffs onto steel and 10% on aluminium shipped into America could have a devastating effect on Harley-Davidson’s sales in Europe as the bike firm is being eyed as a target for retaliatory measures.

In late February the German press reported that Harley-Davidsons, as an iconic American product, were being considered for extra EU import taxes if Mr Trump went ahead with his proposed additional duties on steel imported from Europe.

Today, the news that America is indeed pushing ahead with plans for the extra import duty on steel and aluminium means that Harley-Davidson could be caught in the crossfire. Depending on the decision the EU makes, and the wording of any possible retaliatory import duties, other American bike firms like Indian could presumably also be hit.

The situation has caused consternation at ACEM, the association of European motorcycle manufacturers, which counts Harley as one of its members.

The Association has sent a letter to EU trade commissioner Cecila Malmstrom, expressing its "deepest concerns" on the US steel issue and stating that the EU is ready to react "swiftly and firmly".

At the moment, there’s still an outside chance that the American import duty plans will be reversed. President Trump has said that the formal announcements of the tariffs will come next week.

The EU won’t be making its final decision on how to respond until after that formal announcement is made. The next few days will be a worrying time for Harley-Davidson’s European arm, though.