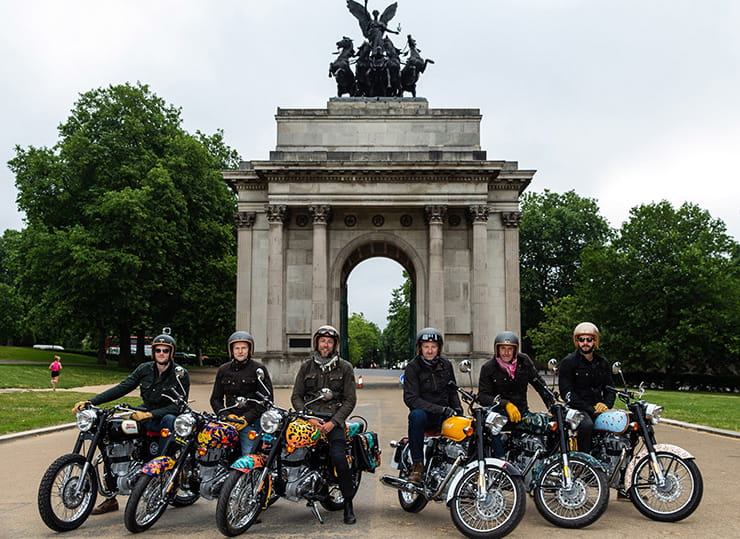 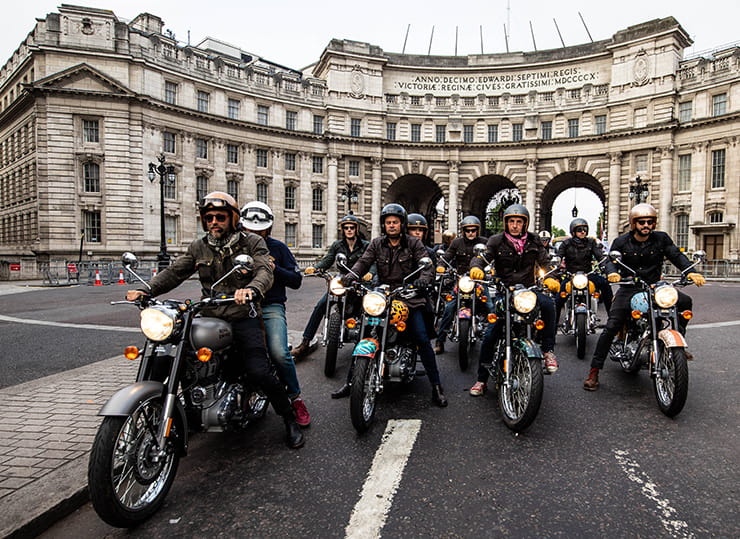 The pop-pop rumble of eight 500cc single cylinder Royal Enfield reverberating off the London’s leading landmarks at 6am last Tuesday was nothing short of distinctive but it was the site of the Bullet 500 EFI’s that created the most interest.

In a bid to raise awareness for the charity, Elephant Family, the Indian-owned motorcycle marque donated eight bikes to be auctioned but only once they’d been to eight different customisers, designers and fashion houses including Belstaff, Krazy Horse and House of Hackney. 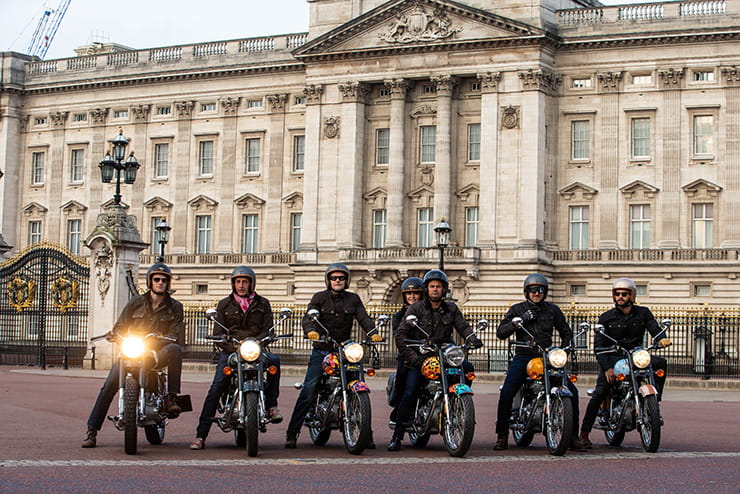 BikeSocial was invited along to ride one of these one-off specials. “Meet me at 5am around the back of Selfridges” said the PR lady, an exciting invitation and one I couldn’t refuse. Thankfully, an early morning 85-mile blast on my long-term loan KTM 1290 Super Adventure S diluted the 3.10am alarm call and I made it in time for the 5.30am departure led by owner of Legendary Motorcycle Adventures, Sam Pelly, and featuring TV’s Tina Hobley. Kitted out in Belstaff jackets and Hedon helmets the convoy, which included two Ambassador cars and a Tuk Tuk (all painted to fit with the theme) rolled along Oxford Street. Buses and taxis stopped and the early commuters whipped out their camera phones. Even Secretary of State for Foreign Affairs and former London Mayor, Boris Johnson, halted his morning jog to see what was going on and subsequently posed for photos. 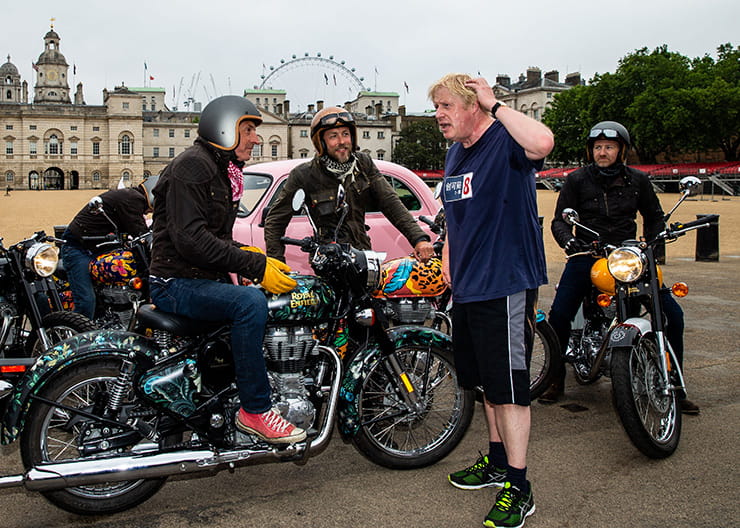 Park Lane, Buckingham Palace, Horse Guards Parade, The Savoy and Wellington Arch were among the stops on this ‘Dawn Raid’ to raise awareness for the Elephant Family charity who have been protecting endangered Asian elephants and their habitat since 2003 funding over 160 conservation projects and raising more than £15m along the way.

The eight bikes will be auctioned at the Royal Hospital Chelsea on 28th June. And the Belstaff-designed bike with its stand-out yellow tank

The Elephant Family charity are partnering with the Elephant Parade – the world’s biggest touring elephant art exposition – which will see 30 five-foot elephant sculptures, decorated by Indian artists and designers, dotted around Mayfair and Chelsea.

“We’re setting the wheels in motion to release an unforgettable summer in London,” said Elephant Family trustee and former CEO, Ruth Ganesh. “Elephants are being squeezed from their traditional habitats by relentless human development, and being forced into conflict with people as they compete for food and space, often with tragic consequences,” 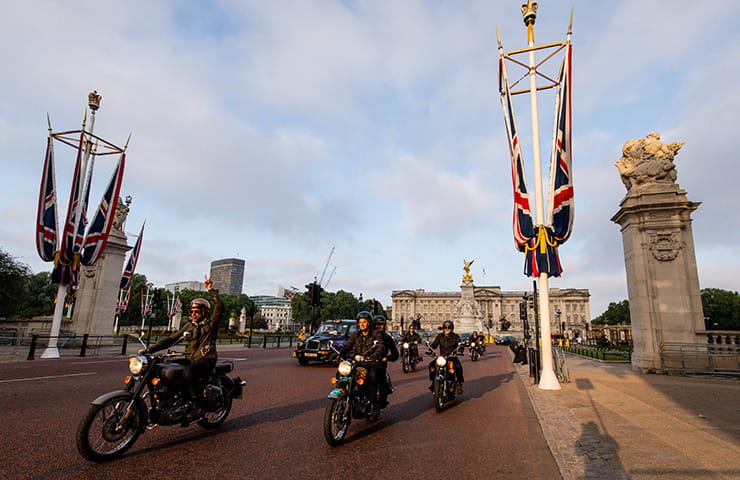