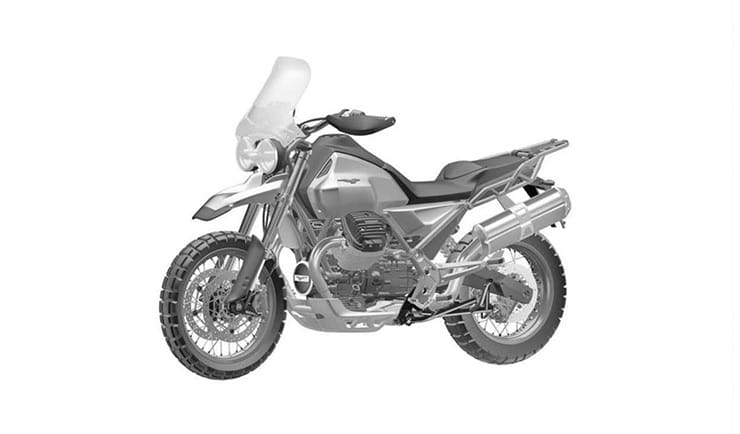 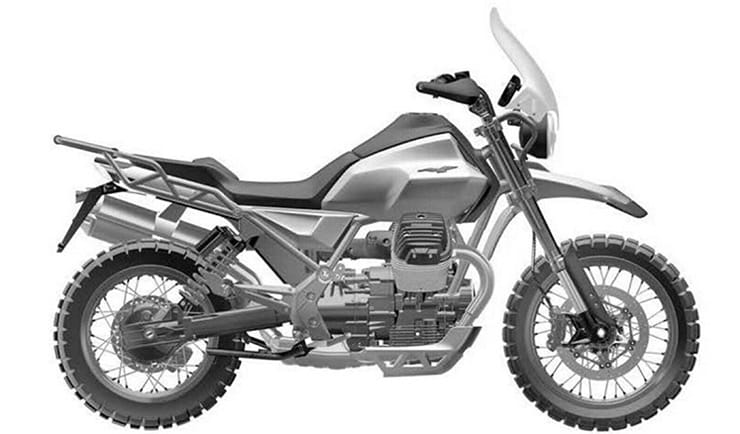 When Moto Guzzi whipped the covers off its V85 Concept at last year’s EICMA show in Milan there was never much doubt that the bold adventure bike would soon become a production machine. Now we’ve got a glimpse of what that production version will look like, courtesy of Guzzi’s own patent pictures.

Given the near-production appearance of the original concept, it’s no surprise that the showroom version of the bike will look remarkably similar, but on closer inspection there are several notable changes.

Sitting the two machines side-by-side reveals some modifications that were inevitable. The exhaust on the production bike, for instance, has a larger end can and gains a catalytic converter under the transmission.

The concept’s high-end Ohlins forks and offset monoshock also appear to have been switched for different items, and the Brembo front brake caliper’s radial mounting is noticeably altered.

More surprising, perhaps, are the alterations to the bodywork. While the concept V85 appeared to have perfectly useable designs, the production model appears to have a smaller fuel tank, reshaped to slope more towards the rear. Similarly, the seat is resculpted and perhaps a fraction lower than the original Dakar-inspired concept bike’s design.

Up front, the twin headlights, which are connected by a stylised version of the winged Moto Guzzi badge, remain along with the tubular crash structure they’re mounted to. The TFT instruments and the screen also appear much the same as the concept bike’s.

Further back, there’s a completely different design for the triangular side panel below the seat, but the rear end – again dominated by the frame structure – is just as it was on the show machine.

While Guzzi has a long record of making adventure bikes – the V85 harks back to the mid-80s V65 and V75 Baja machines that raced at the Paris-Dakar rally – it’s more recent attempts, like the 1200cc Stelvio and the Quota that preceded it, have struggled to get anything like the success that BMW has enjoyed with the class-leading R1200GS.

The new V85 won’t be targeting the big BMW, though. While the twin-cylinder, shaft-drive format is similar, its engine is far smaller at 850cc. At the moment, there’s nothing else in the mid-sized adventure class – featuring the likes of the Triumph Tiger 800 and the new BMW F850 GS – that offers shaft-drive or air-cooling, two features that have traditionally been popular with adventure bike buyers.

Making 80hp, V85’s engine might be similar to previous Guzzi motors in its layout, but it’s completely redesigned and will form the basis of a whole range of future Moto Guzzi machines.

While Guzzi has a mountain to climb if it’s to get anywhere near BMW’s adventure bike sales, the V85 promises to be the most appealing machine that the firm has made in years. 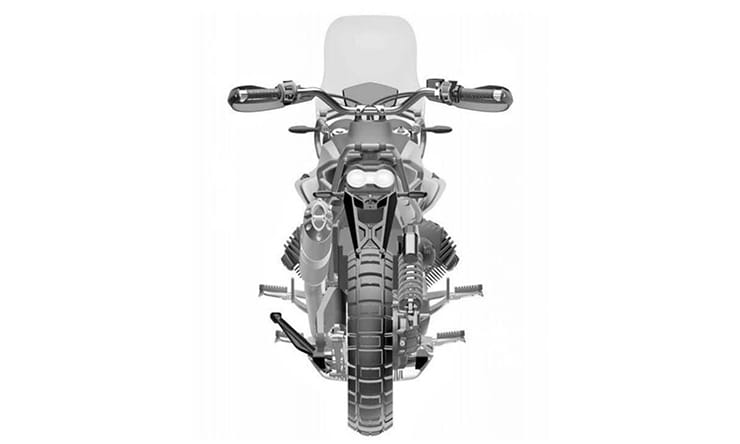