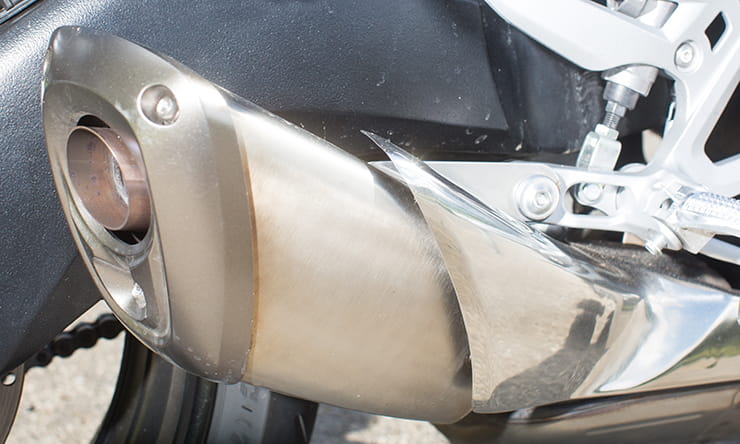 It seems only moments ago that Euro 4 emissions rules caused upheaval in the bike market – indeed you can still walk into a showroom today and legally buy a brand new bike that only meets Euro 3 levels of emissions limits – but we’re already on the verge of Euro 5 measures being implemented.

But despite plans to introduce the stricter rules in 2020 – less than two years from now – there’s still wrangling over details of how they’ll be implemented.

But until that proposal is adopted into law the very companies responsible for making motorcycles won’t be certain as to precisely what legal framework they’re aiming to fit into.

The key elements of the Euro 5 emissions rules were established at the same time that the current Euro 4 standards were finalised. As such, they’re contained in the same EU legislation [Regulation (EU) No 168/2013 of the European Parliament and of the Council of 15 January 2013 on the approval and market surveillance of two- or three-wheel vehicles and quadricycles].

The main changes are stricter exhaust emissions targets, alterations to the testing methods used to measure them and the adoption of ‘OBD Stage II’ – an On-Board Diagnostics standard that monitors emissions-control equipment.

As it stands, Euro 5 is set to apply to newly-type-approved motorcycle models going on sale on or after 1 January 2020 and to be adopted across existing type-approved bikes 12 months after that. 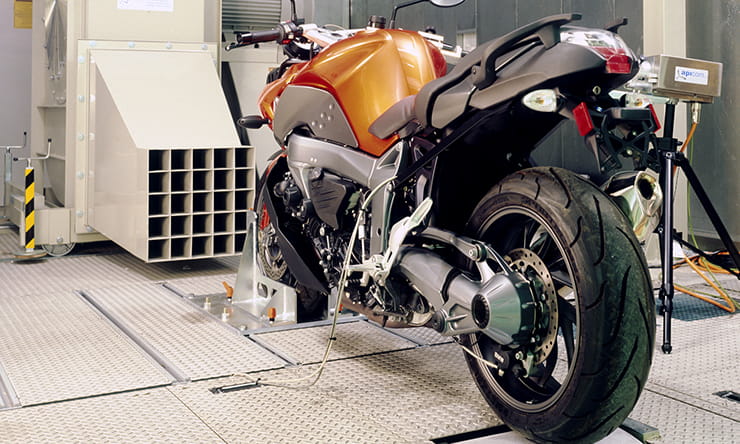 The problem is that technology hasn’t advanced in some areas as fast as was predicted when that 2013 legislation was published. According to the proposed changes from March this year, the European Commission now wants to see some elements delayed.

In particular, it suggests that the OBD Stage II timescale needs to be changed.

“Regarding the requirement to install an on-board diagnostic system (OBD) of stage II, which ensures the monitoring and reporting on the emission control system failures and degradation, the Commission concluded on the basis of the comprehensive environmental effect study that there are technical limitations with respect to catalyst monitoring for certain vehicles and that further development is required to ensure its correct implementation. Catalyst monitoring is not expected to be ready for the first round of the Euro 5 emission step, but should be envisaged for 2025. Article 21 of Regulation (EU) No 168/2013 should therefore provide for the lead time needed to ensure the correct implementation of the OBD system of stage II requirement.”

The European Association of Motorcycle Manufacturers (ACEM) says: “ACEM supports the recommendation by the EC that catalyst monitoring cannot be ready for 2020 as originally planned but could be envisaged for 2024.”

And that’s not the only change. The proposed alterations also says there needs to be clarification that mopeds will be exempt from OBD stage II, and that exemption should be extended to trial and enduro bikes. 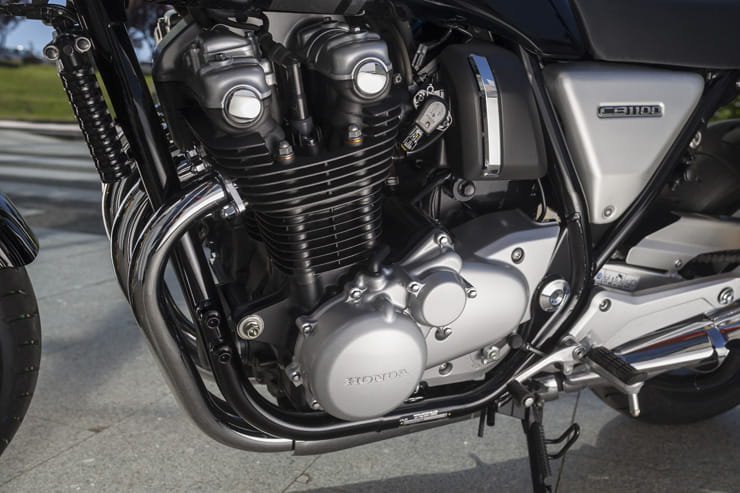 Further proposed changes include an alteration to the way emissions are tested. Under Euro 4 rules, bikes are tested after they’ve run for 100km, which the Commission says doesn’t reflect the degradation of emissions systems over the bike’s lifetime.

It’s now suggesting that the method should be phased out by 2025, but that in the meantime the distance travelled should be ‘raised to ensure that the test results are reliable’.

The Commission is also proposing that the Euro 5 emissions implementation for certain types of vehicles – mainly obscure quadricycle categories but also enduro and trials bikes – should be delayed from 2020 until 2022 to give manufacturers more time to absorb the cost of the changes involved.

ACEM again welcomed the proposed changes, but it’s pushing for the proposed postponement of Euro 5 tests for those niche vehicles to be extended further, to 2024, aligning with the time they’ll have to adopt OBD Stage II rules.

Of course, you might well wonder how all this will align with Brexit – after all, the Brexit timescale means the UK and Northern Ireland will be leaving the umbrella of the EU right in the midst of the upcoming Euro 5 rule changes.

As with so many other areas of Brexit, its impact on our relationship with Europe over vehicle legislation remains in question.

While the motorcycle industry is just one of thousands of fields being affected, the extensive – and changing – EU legislation that covers it means there’s a lot to be considered.

ACEM has put out a policy paper to set out the motorcycle industry’s position on Brexit as a whole. It says:

Regulatory continuity during the transitional period is of utmost importance for the sector. Without legal continuity there would effectively be chaos in the market place to the detriment of the consumers and business. The transitional arrangement must also ensure that certificates (including new ones) issued by EU authorities will continue to be valid in the UK during this period and vice-versa.

It goes on to say:

Once the UK leaves the EU there will be almost complete regulatory convergence. Following Brexit, however, this regulatory proximity may reduce over time, leading to regulatory divergence between EU and UK laws due to independent legal reform in both systems. Even if regulation and laws were synchronised “by the letter”, the independent judicial systems in the EU and the UK could interpret nominally similar rules differently. Such regulatory or judicial divergence will have a negative impact on business certainty.

It is essential that the EU and the UK establish a mechanism to ensure a maximum degree of synchronisation between EU and UK provisions for future regulation, both on the legislation and jurisdiction side. Given the UK’s desire to leave the direct jurisdiction of the ECJ, we recommend that a recognised third-party mechanism, is adopted to ensure regulatory enforcement.

On the subject of type-approval – the rules that include the upcoming Euro 5 emissions changes – ACEM wants to see a system put in place that will keep rules in the UK in line with those in Europe, so manufacturers aren’t expected to meet different requirements for the two markets or to have to undergo separate testing for the UK and Europe.

Vehicles approved by the UK approval authority before Brexit must continue to be accepted for registration within the EU after Brexit.

Equally, vehicles approved within the EU before Brexit should be accepted for registration within the UK after Brexit.

Extensions and revisions of existing type approvals must still be possible and accepted after Brexit.

To that end, as already acknowledged in the EC roadmap (2018)2236797, published on 26/04/2018, ACEM supports the establishment of a simple mechanism to allow the transfer of an existing Type Approval certificate granted by the UK approval authority to another member state without the need for new testing.

Correspondingly, the UK should ensure that as of this date EU type approvals should continue to be recognised by the UK.

In order to avoid unnecessary duplication both parties must mutually recognise reports, certificates and authorisations issued by the conformity assessment bodies of either the UK or the EU27. As legislative compatibility is a prerequisite for mutual recognition the UK needs to transpose all relevant regulation into its national law and maintain harmonisation in the future.

Post Brexit, it is essential that the EU and the UK establish a mechanism to ensure a maximum degree of synchronisation between EU and UK provisions for future regulation, both on the legislation and jurisdiction side.

In short, then, at the moment the exact effects of Brexit on the rules governing motorcycles – as on so many other things – are an unknown. But the companies involved (ACEM’s membership includes BMW, Bombardier, Ducati, Harley-Davidson, Honda, Kawasaki, KTM, KYMCO, MV Agusta, Peugeot Scooters, Piaggio, Polaris, Renault, Royal Enfield, Suzuki, Triumph Motorcycles and Yamaha) want to see harmony between the UK and Europe.