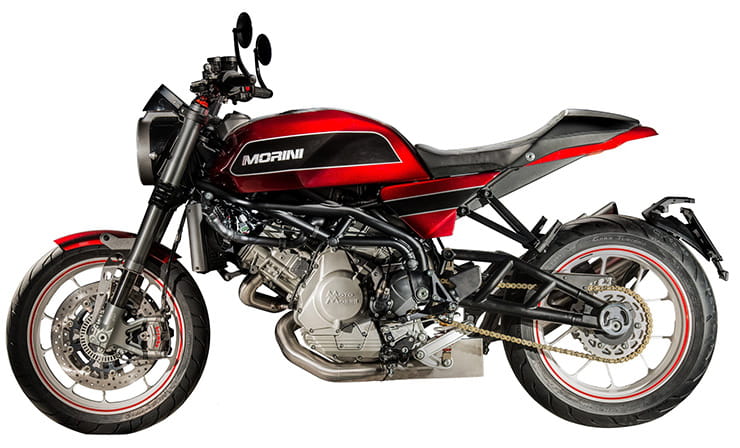 Moto Morino first revealed its new Milano retro sports naked at the EICMA show – fittingly in Milan – last November. Now the tiny Italian firm says that the 1187cc V-twin machine is finally ready for production, but initially only as a limited-edition version costing €17,500 (£15,625).

Deliveries of the 30-off first edition machines will be completed by the end of October, but those waiting for the full-production model will have to bide their time until April 2019, when Morini intends to be ready to make the Milano in larger numbers.

The Moto Morini Milano Limited Edition will be available in a limited number of only 30, which will be delivered by the end of October 2018, several months before the delivery of the production line bikes and will be specially equipped with: a plate with the limited edition number, an aluminum strip on the fuel tank, an artisan-made saddle with a stitched-on Moto Morini logo, bi-colour metallic paintwork, Rizoma mirrors and indicators made for Moto Morini, white wheel rims, motorcycle cover sheet, Moto Morini jacket, Moto Morini helmet. The Moto Morini Milano Limited Edition is priced at €17,500, in line with what will be the top of the range Milano, which will go on sale from April 2019. 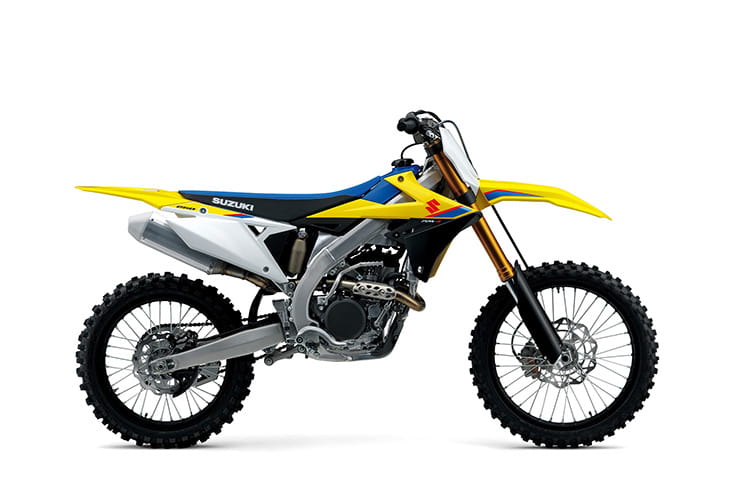 We’re well into the season for motocross bike launches now and Suzuki is the latest to unveil its 2019 machinery – with the focus on a heavily revamped RM-Z250.

The 2019 machine gets a completely new frame and swingarm, with ‘optimised’ rigidity, claimed to improve its handling.

Suspension-wise, there’s a new rear shock and improvements to the forks, while revised brakes with a bigger front disc promise better stopping performance.

On the engine front, the bike gets a boost to both power and torque and Suzuki is promising better throttle response than before. The traction management system and Suzuki’s Holeshot Assist Control launch setup have been tweaked, too. New gear ratios and an updated exhaust are also added, along with new bodywork that mimics the works motocross machines.

The new RM-Z250 is expected to reach dealers in early 2019, and Suzuki promises to release more details of the changes later this year.

Elsewhere, the RM-Z450 gets a new rear spring and tweaked fork settings for 2019, plus the inevitable new graphics, and will be available in the near future. 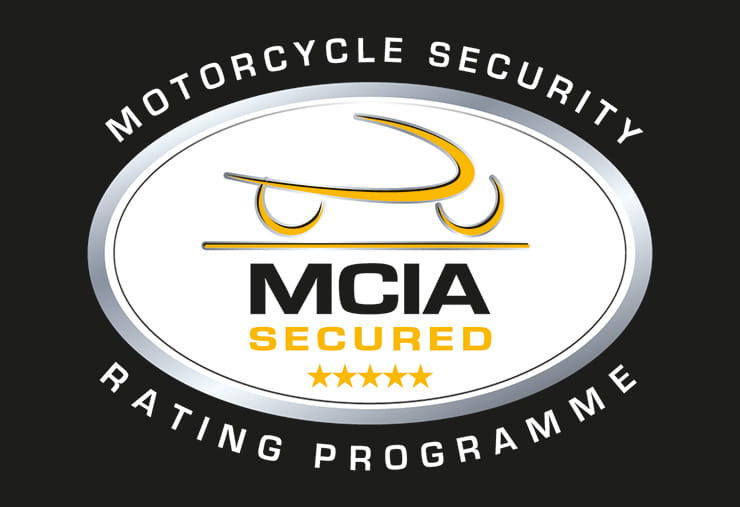 The Motorcycle Industry Association made a surprise visit to a selection of London parking bays on Thursday to hand out free bike covers in a continuing effort to beat motorcycle theft.

MCIA representatives and the Met Police also spoke to riders parking their bikes about their habits and their approach to security.

While a bike cover mightn’t seem like a robust theft deterrent, it’s been shown that the old adage out of sight, out of mind might well apply to bike thieves, and by hiding your bike under a cover you’re improving the chance that it will still be there when you come back to it.

“The Motorcycle Industry Association has been working closely with the Met Police, The Mayor’s Office and other London Authorities, to help tackle Motorcycle and Scooter Theft in the capital. In addition to the newly announced “MCIA Secured Rating Scheme”, we thought it would be a great idea to meet some of London’s regular riders face to face and offer them a Free Motorcycle and Scooter Cover and at the same time encourage all riders to Lock, Chain and Cover, leaving nothing to chance. We need the riders’ help to tackle this problem and only by working together with the Mayor and the Police can this be achieved; we are counting on your support.”

“Police are working hard to keep the public safe and make the streets hostile territory for criminals who steal scooters, mopeds, motorbikes and bicycles and then use them for other offences.

“I urge all vehicle owners to Lock, Chain and Cover their scooters, mopeds and motorcycles to make them less visible to thieves. By having extra security on your vehicle, it makes it harder for thieves to steal them and use them for committing other crime.” 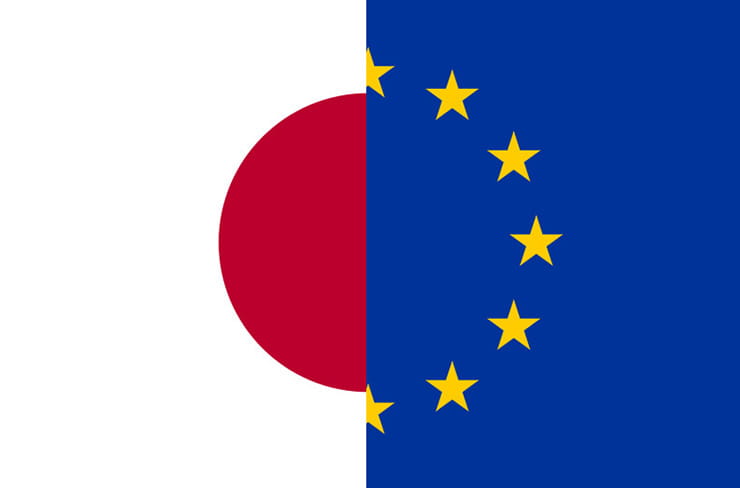 Trade wars and tariffs have been making headlines recently but while most have brought doom and gloom the latest news one is rather brighter. While Europe has introduced an additional 25% tariff on bikes imported from America, it’s just signed a deal to create a free trade zone with Japan.

The result is that bikes and cars imported from Japan – as well as many other goods – won’t be subject to European import duties from early next year. The so-called ‘cars for cheese’ deal will open up trade between the EU and Japan, in particular slashing duties on European food products like wine and cheese that are sold in Japan.

The EU says: The agreement ensures that both Japan and the EU will fully align themselves to the same international standards on product safety and the protection of the environment, meaning that European cars will be subject to the same requirements in the EU and Japan, and will not need to be tested and certified again when exported to Japan. With Japan now committing itself to international car standards, EU exports of cars to Japan will be significantly simplified. This also paves the way for even stronger cooperation between the EU and Japan in international standard setting fora. It includes an accelerated dispute settlement between the two sides specifically for motor vehicles, similar to the one agreed under the EU-South Korea trade agreement. It also includes a safeguard and a clause allowing the EU to reintroduce tariffs in the event that Japan would (re)introduce non-tariff barriers to EU exports of vehicles. The agreement will also mean that hydrogen-fuelled cars that are approved in the EU can be exported to Japan without further alterations.

The deal might be good news for those buying Japanese bikes in the European Union, who should benefit from lower prices thanks to the elimination of tariffs, but Britain is leaving the EU on 29 March next year, so won’t be included in the deal. 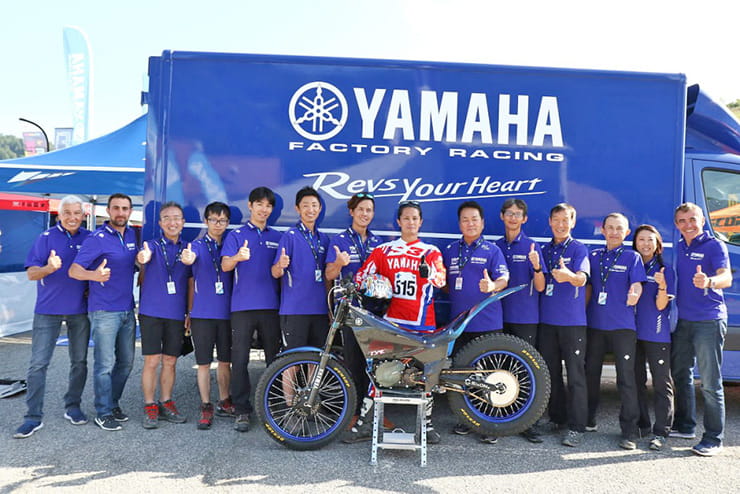 Yamaha’s TY-E battery-powered trials bike made its debut at the round of the FIM Trial-E Cup in Auron, France last weekend – taking pole position and winning with rider Kenichi Kuroyama at the helm.

Yamaha revealed the bike back in March at the Tokyo Motorcycle Show, and its first competitive event shows it’s immediately at the top of its class, beating electric rivals from Gas Gas, Electric Motion, ON Racing and Mecatecho.

There’s still no word on whether Yamaha will make a production derivative of the TY-E, which is currently an exotic, carbon-framed prototype. But the firm has shown a lot of interest in the electric bike market in recent years, so it shouldn’t be long before it gives its customers a chance to try some of the same technology.

“It was great to start this series with a victory. There was a mixture of fast sections and demanding climbs and I was happy with the overall performance of the new electric bike. Gaining some competition time on the TY-E, we collected some valuable feedback that I am confident will help us return even stronger in the following round of the series in Belgium. I am really satisfied with the progress we made and I can’t wait to get back at it this coming weekend.”