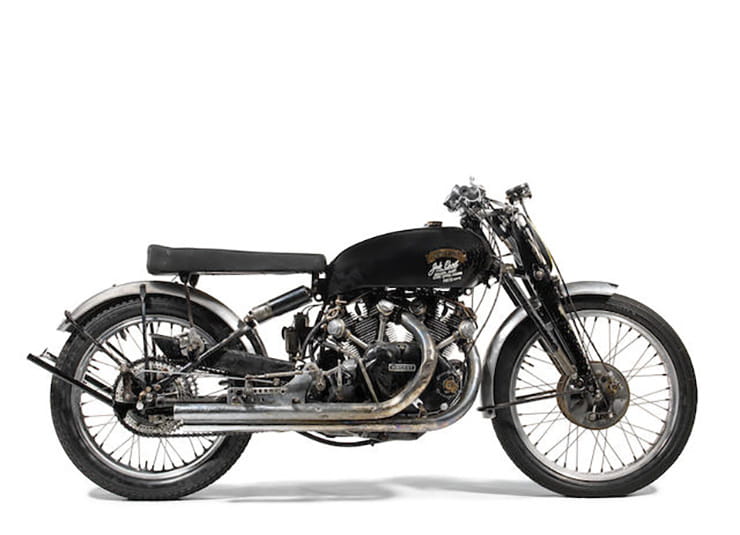 It might not look very special, but this classic Vincent has just become the world’s most valuable motorcycle by setting a new world record price of almost $1million when it sold at auction in the US this week.

As you might expect it’s no ordinary Vincent. It’s an ultra-rare Black Lightning, which was the ultra-exotic, lightweight, racing version of the more familiar Black Shadow.

Built to order and distinguished from the Shadow by its racing rearsets, rims, magnesium brake plates, solo seat and more, the Lightning was the most exotic and rare version of the world’s then best superbike. Just 33 were built of which only 19 matching-numbers examples survive. This unrestored, five owner, 1951 machine, originally built for Australian racer Tony MacAlpine, and which has covered just 8500kms, is probably the best in existence.

After being sold by MacAlpine it was bought by dealer and racer Jack Ehret who later claimed the Australian land speed record on the machine, hitting 141.5mph.

The Vincent was the highlight of Bonhams annual star-studded Las Vegas Motorcycle Auction, which took place on Thursday January 25th at the Rio All-Suite Hotel and Casino. Its sale price of $929,000 (or £651,715) makes it the most valuable motorcycle ever sold at auction.  According to Bonhams’ Ben Walker there were “cheers and applause” in the packed ballroom when auctioneer Malcolm Barber brought down his gavel. It’s not been disclosed who bought the bike.

However the MacAlpine Lightning wasn’t the only stunning machine – or Vincent – sold at the event. 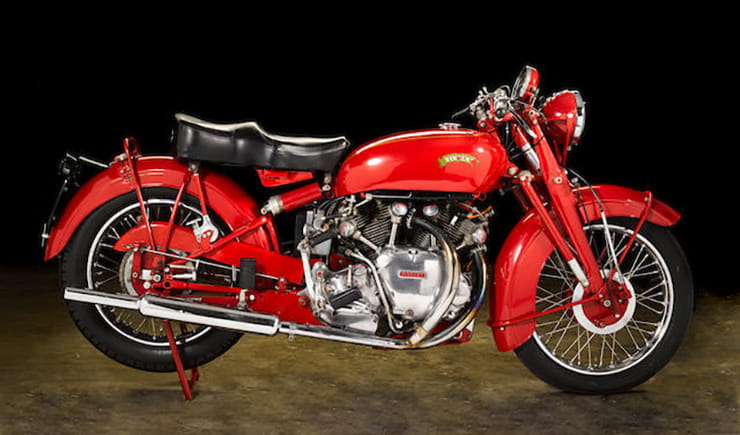 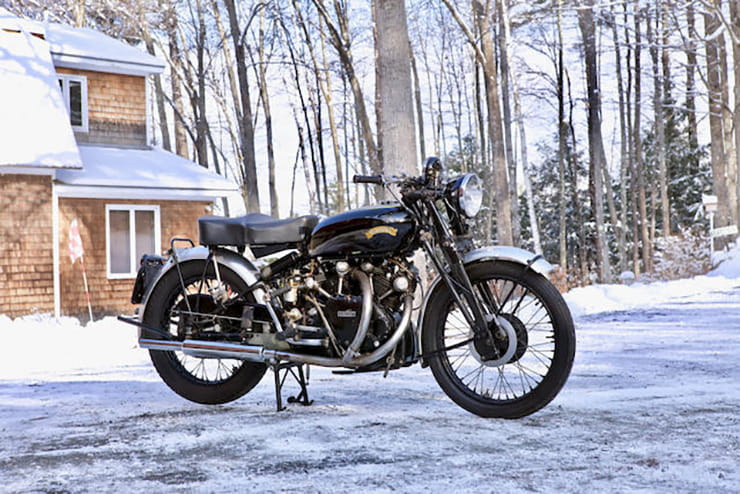 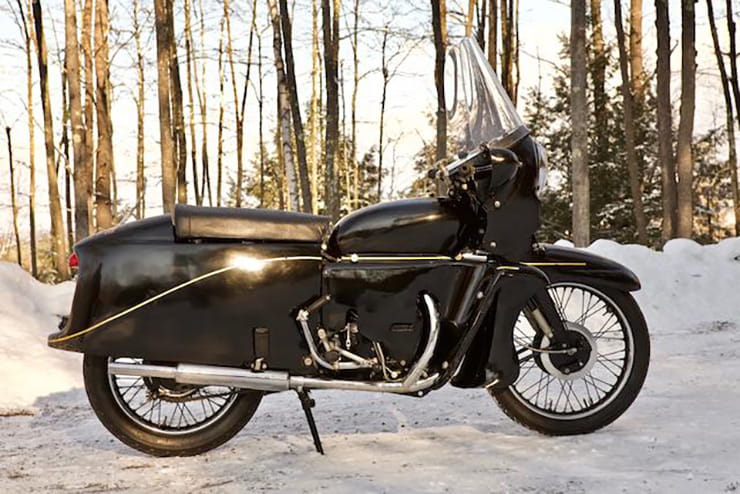 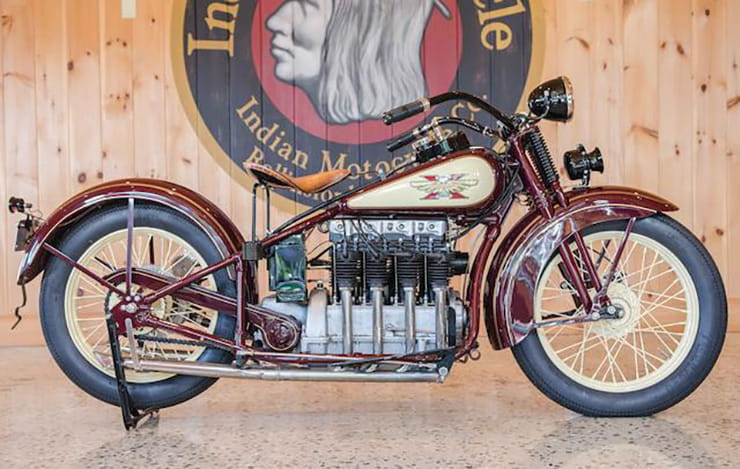 However, the Vegas auction wasn’t all about Vincents. Other standout lots included this glorious 1929 Henderson ‘Four’. This beautifully restored, first year ‘KJ’ example sold for $74,750 (£52,495). 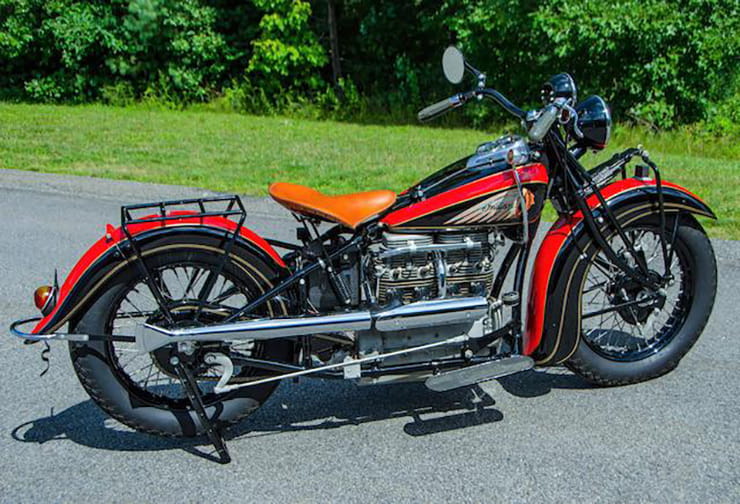 While another, ultra-rare, early American ‘four’ was this 1939 Indian Four ‘World’s Fair’. Indian began producing the four as its flagship model after taking over the ailing Ace motor corporation in 1927. Although never a commercial success, the Four was a mystical, hugely desirable machine – especially in this limited edition colour scheme intended to commemorate the 1939 New York World’s Fair. This fully-restored example sold for $83,950 (£58,956). 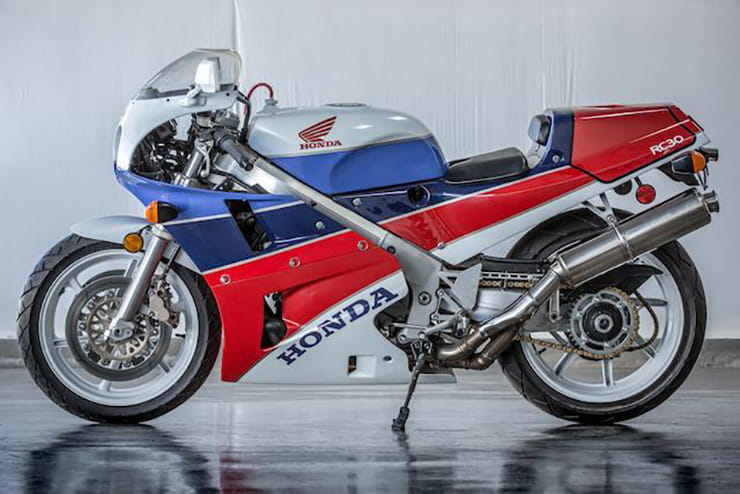