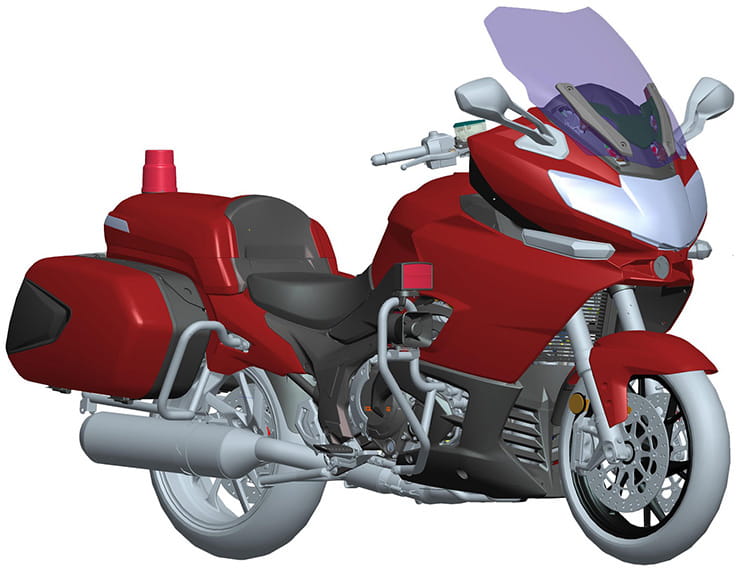 Most of the Chinese bikes you’ll find on these shores are still 125cc tiddlers that verge on being disposable. But we’ll soon be seeing 1000cc-plus machines from China that could put some serious pressure on the familiar Japanese and European brands we’re used to buying.

Why? Because according to BikeSocial’s sources in China, the Chinese state has issued a tender for a large-capacity bike that will become the mainstay of the nation’s police and military motorcycles. 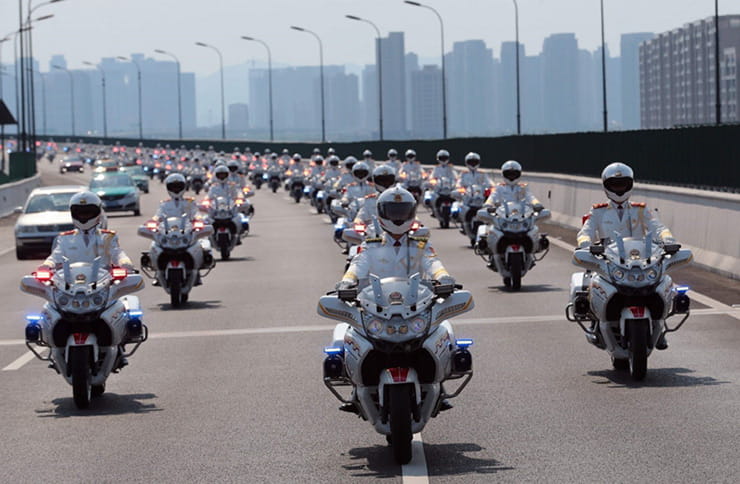 While over here police bikes are merely converted versions of existing machines, in China the police and military (the white-clad riders pictured above are actually soldiers, not cops) get to specify precisely what they want. And what they want now are bikes that a much larger and faster than anything made in China before.

There are simply so many bikes in Government use in China that it’s worth developing something specifically for the job. The supply contract alone makes it worthwhile. And once the machines are developed, civilian spin-off versions are inevitable.

The current bike of choice is the Chunfeng CF650G, seen in their hundreds here at the 2016 G20 summit in China. Never heard of Chunfeng? How about CFMoto? That’s how the firm’s bikes are sold internationally, although in the UK they’ve been rebranded as WK Bikes. And the CF650G military model has been turned into the CFMoto 650TK-G.

However, the losing contender for also made it to production. Designed by Qianjiang, it’s called the BJ600GS-A. In Europe, you might find it’s more familiar as the Benelli BN600 GT. 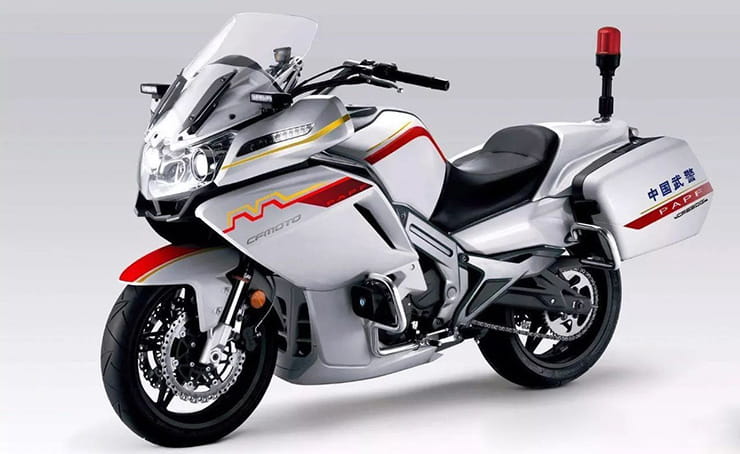 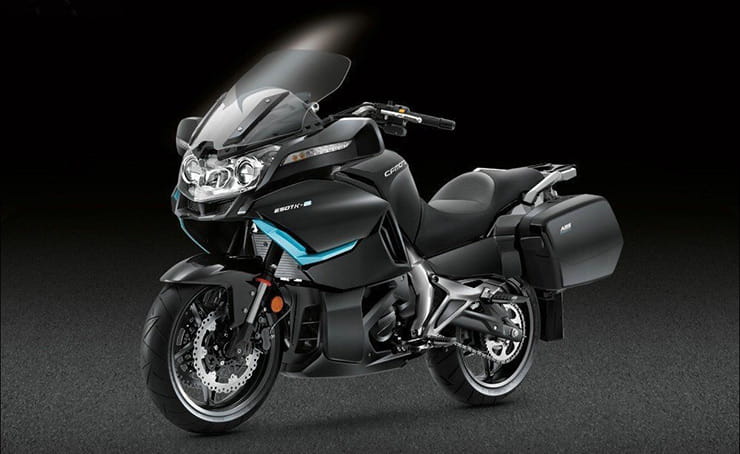 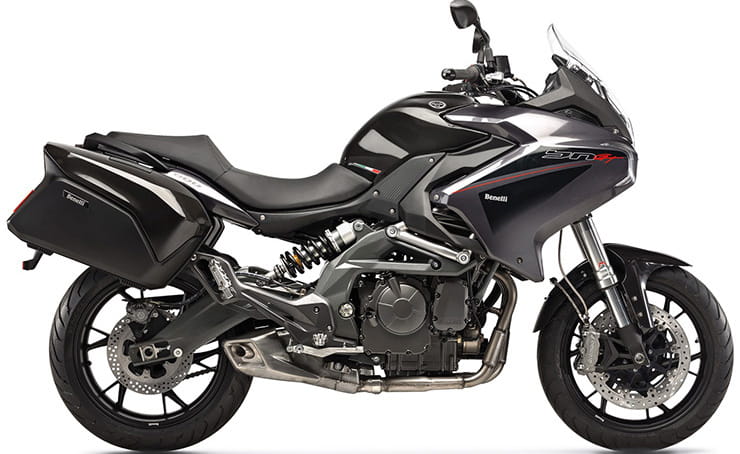 Both the CFMoto and the Benelli contenders for the last tender made around 70hp but the Chinese state is now looking for a bike with double that power.

Other elements of the specification, according to our Chinese sources, include suspension travel of at least 120mm and adjustable preload and damping. The tender also suggests a preference for electronic damping adjustment. Ideally, the Chinese government is also looking for a shaft-drive design, although it will also consider chain drive. 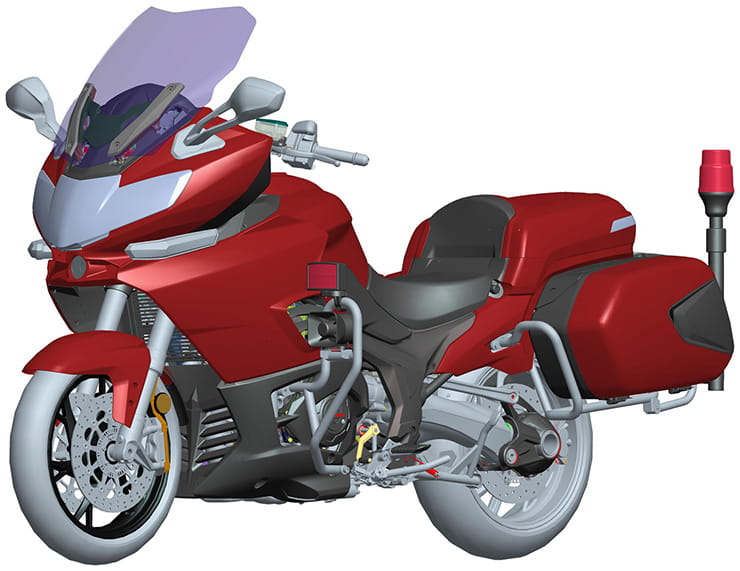 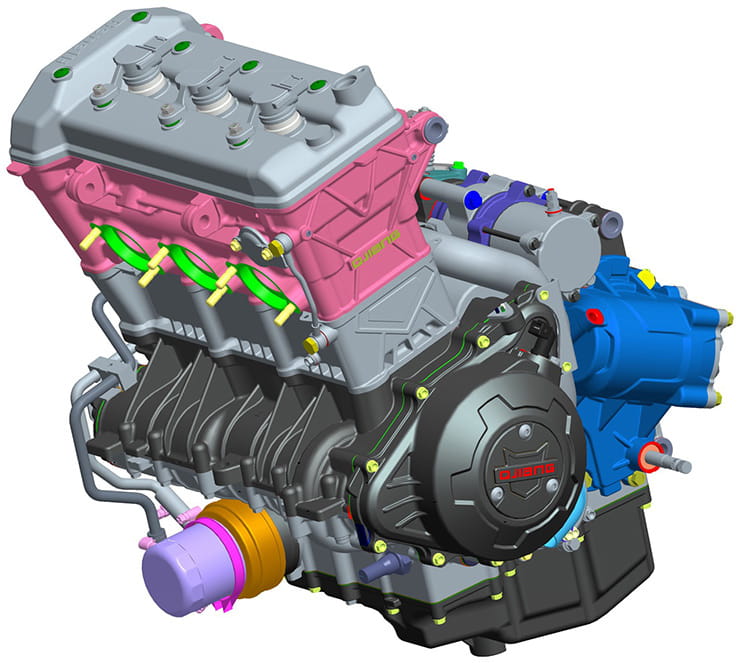 Once again, Chunfeng (CFMoto) and Qianjiang (Benelli) are the two main contenders for the new contract.

The QianJiang/Benelli initially looks like it’s got a head-start. We first scooped design drawings of a new 1200cc ‘QJ1200GS’ from the firm back in 2016, and it appears that’s the model being presented for the Chinese tender. In the original drawings it was already clearly bearing police/military addenda – a flashing lamp on an extendable pole, sirens and extra lights, plus police-style luggage.

It’s powered by a new 1200cc triple derived from the old 1130cc Benelli unit and mated to a new shaft-drive transmission. Meeting the 140hp, 89lbft performance requirements shouldn’t be a problem. 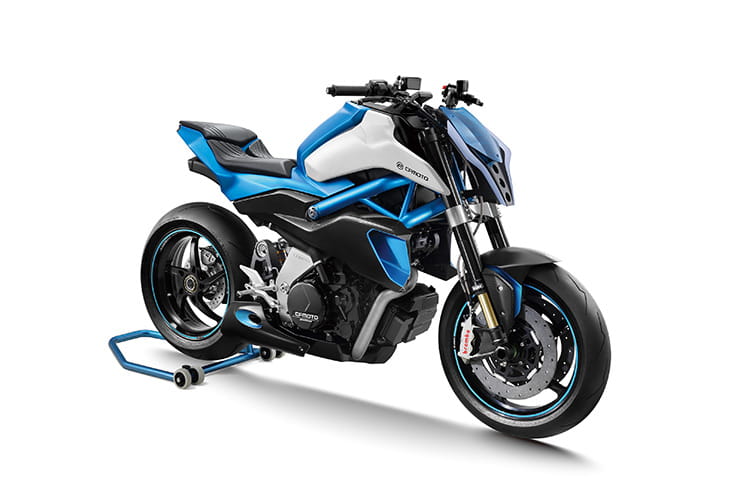 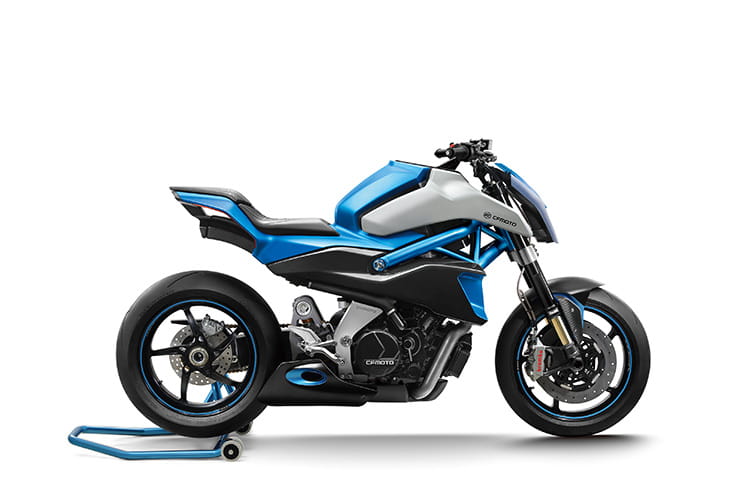 However, Chunfeng/CFMoto won the contract last time around and that might work in its favour.

While QianJiang has its Benelli-derived engine to draw upon, CFMoto’s biggest existing unit is the parallel twin 650cc motor. It clearly won’t be much use for the new tender, but the firm’s recent tie-in with KTM could provide it with just what’s needed.

Just last month the firm revealed its V.02NK concept bike. It uses a version of the KTM RC8 V-twin engine, which the Austrian firm currently makes in 1050cc and 1301cc forms and a range of tunes from 125hp up to 177hp. While the CFMoto concept bore a ‘V1000’ sticker on its tail, it’s not actually revealed any specifications for the bike, so we don’t know precisely which version of the KTM engine it has.

Although the KTM engine isn’t connected to the preferred shaft-drive transmission that the Chinese government suggests, CFMoto’s existing contract could play into its hands.

The V.02NK concept is, of course, largely eye-candy at this stage. Its naked sportsbike style is also out of sync with the Chinese state tender; for police and military use CFMoto will need to develop a faired touring-style machine, but it’s clearly got the engineering know-how to do just that.

CFMoto’s tie-in with KTM might also be useful in gaining access to the electronically-adjustable suspension tech preferred by the Chinese state. While the V.02NK concept had Ohlins kit, WP is part of the same family of companies as KTM and is one of the leading suppliers of semi-active motorcycle suspension.

The requirement for a 1000cc-1200cc high-performance petrol-powered bike is only one part of the Chinese state tender. The other is for an electric bike.

Like the large petrol-engined machines, the electric version is intended for use in motorcades, ridden by armed soldiers protecting visiting foreign dignitaries. It’s also likely to appeal to police forces all over China.

We understand that the field for that tender has been narrowed down to two companies, Zonshen and Huansong.

Zongshen is a name that’s relatively familiar over here, as one of China’s major engine and motorcycle makers, while Huansong would be more familiar to most European riders as the manufacturers for several years of the Megelli range of bikes, although that deal actually ended some time ago.

At the moment there’s less information about these proposed electric machines, but just like the large petrol bikes the requirements are likely to far exceed anything built in China so far.