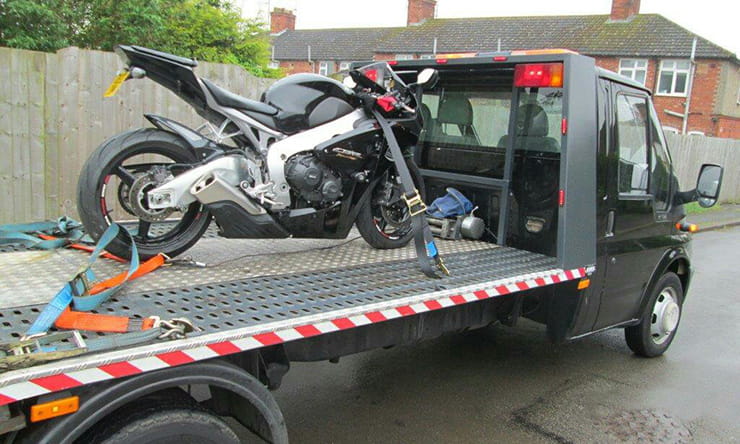 Allegations that motorcyclists and car owners who have had their vehicles stolen are being forced by the police to pay from £150 to £350 to get them back are being defended by the West Midlands Police, who state that the fees are determined by the Home Office and are enshrined in law.

Birmingham MP Steve McCabe said that some constituents had been charged up to £350 – before the vehicle had been stored for even a day – and described the fee for recovery as "absolutely outrageous".

Speaking in the House of Commons he asked the Prime Minister if the Government would consider scrapping the fee, and urged Mrs May to stop the ‘state sponsored secondary mugging of innocent victims’.

Mr McCabe stated that money from the Proceeds of Crime Act, which is confiscated from criminals, should instead be used to cover any charges incurred by the police when seizing and returning stolen vehicles.

Meanwhile, innocent victims of vehicle crime are often told by the police that they can simply reclaim the fee from their insurers, disregarding the fact that this could result in an increase to their premium.

In reply to Mr McCabe, Mrs May stated that; “A lot of work has been done on what the proceeds of crime can be spent on, but I will ensure that the Home Secretary will look into this particular issue.”

West Midlands Police and Crime Commissioner David Jamieson supported Mr McCabe and said that there’s a clear expectation from the Home Office that in the future, victims of crime should not be further penalised for having their vehicles stolen, and the police should not charge them for these recoveries.

What are the fees for police recovery?

Those looking for guidance on fees demanded by the met can get more details at www.met.police.uk. The actual cost of the recovery will depend on the state and position of the vehicle when the force’s operator collects; as a basic guide, the Met’s statutory charges are £150 for the recovery of a motorcycle, moped or scooter, plus £10 per day storage. Cars and light vans also cost £150 to recover, but command a £20 per day storage fee.

However, West Midlands police force’s website goes into more detail of how the charges can vary:

Statutory daily police charges for disposing of a vehicle

If you don’t want to reclaim your vehicle, you can go to the pound where it’s stored, pay any fees (including the disposal fee), and sign a disclaimer to have it disposed of immediately, at which point you’ll no longer be liable for any storage fees. If a penalty charge had been issued – for instance if it was taken away due to being parked illegally, you will still have to pay this.

It’s important to note that you will have to take proof of identity, and proof of ownership, and if your bike or car has been recovered after theft, or in any other circumstance where your insurance company is involved, you must speak to them first.

While these fees do make sense in the situation where cars and bikes have been dumped or left illegally parked by their owners, they do appear to be something of a kick in the teeth to those who have suffered a theft. We’ll be following the progress of this story with interest…