HRH the Duke of Cambridge rides a Tiger 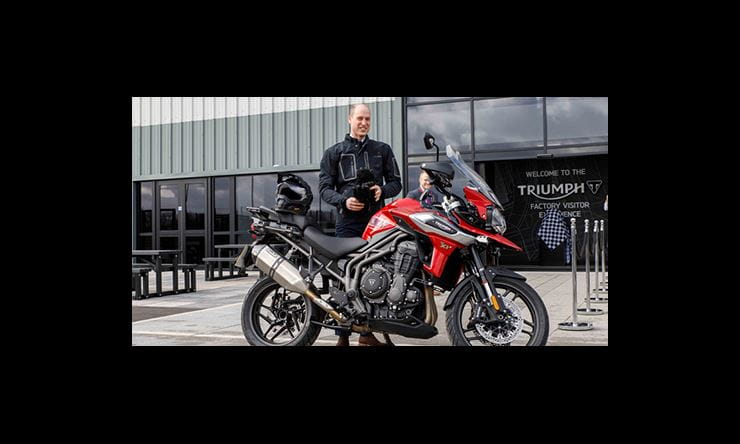 His Royal Highness, the Duke of Cambridge, known for sometime to be a big bike fan, took in the Triumph factory experience in Hinckley as one of his stops on a midlands tour of engineering and automotive facilities.

Prince William looked around Triumphs new £6M paint shop and even took a new Tiger 1200 XRT for a spin, albeit of about 100 yards!

To commemorate the visit, he also unveiled a commemorative Triumph Bobber fuel tank painted in a patriotic Union Jack design.

He also took a trip round the MIRA automotive test facility and viewed a selection of the midland’s industrial good-news stories from the likes of Jaguar, Land Rover and Aston Martin. 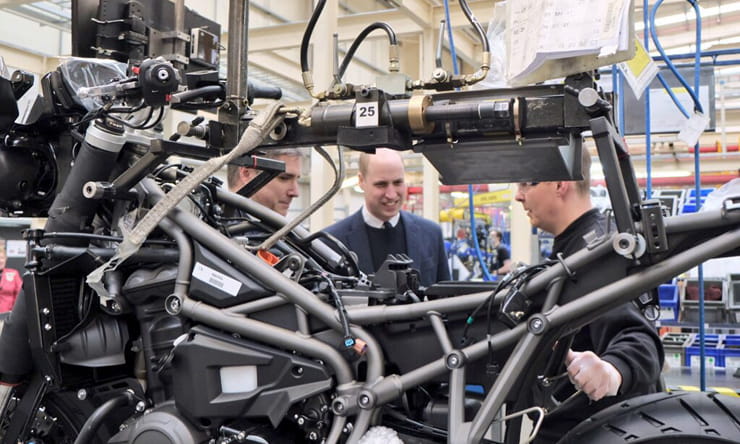 William, 35, has been an avid rider for a number of years having passed his test at the first attempt aged 19, even buying himself a Triumph Daytona as a 21st birthday present back in 2003. Since then he has owned Ducatis a plenty including a 1198 S, 1098 R and a super-trick 1198 S Corse EVO SE. He’s also owned Hondas and Kawasakis.

He’s thought to have recently taken delivery of a Ducati SuperSport S despite his wife, Catherine, the Duchess of Cambridge’s concerns ahead of the birth of their third child due in the spring, saying that his motorcycling hobby fills her with “horror”.

William’s younger brother, Prince Harry, is also a big bike fan owning a sleek 2006 Triumph Daytona 675. The younger royal has also been seen riding bikes while on tour with the Army Air Corp in 2008. 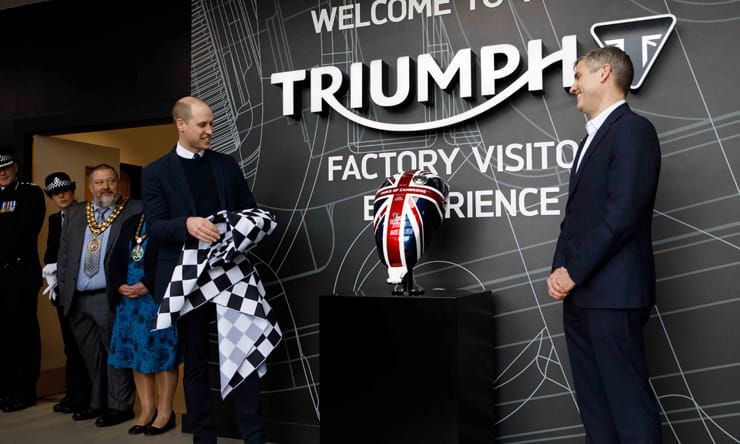 Triumph CEO, Nick Bloor, who hosted the Duke during his visit, said: “It was a delight to welcome His Royal Highness to Hinckley.”

“Thanks to the dedication and hard work of everyone at Triumph, our export business continues to grow and our outstanding design engineering team, in which we have invested heavily in recent years, is producing a stream of exciting motorcycles that captures the imagination of riders all over the world.” 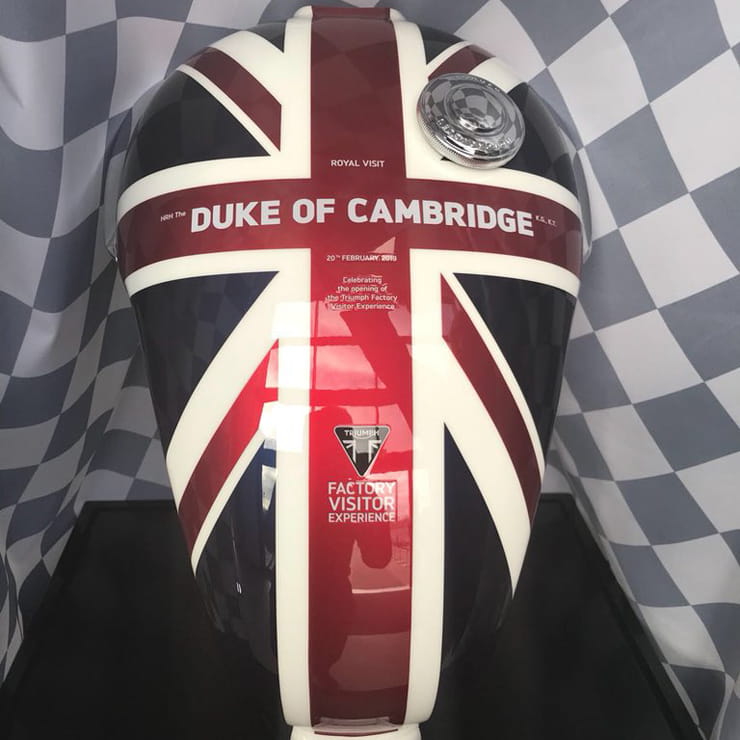 During the visit, the Duke fixed a Triumph badge to the engine of a Triumph Tiger 1200 adventure motorcycle, one of the most recent new Triumph models launched. Known to be a keen biker, Prince William even tried out a Tiger 1200.

To find out more about the Triumph Tiger 1200, as ridden by HRH the Duke of Cambridge, or explore the rest of the Triumph range, visit: www.triumphmotorcycles.co.uk