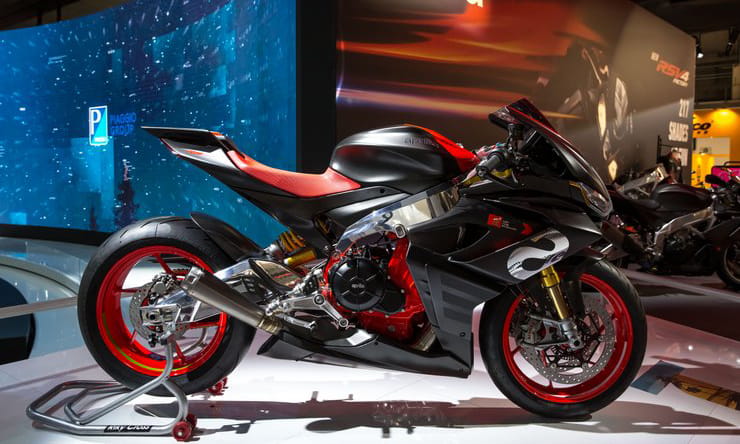 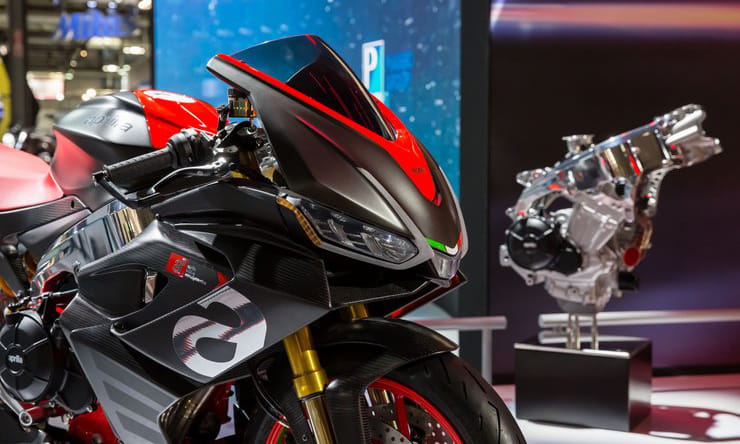 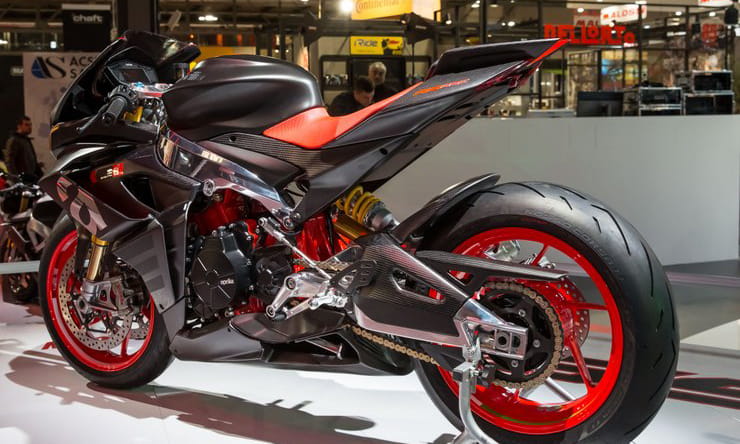 The gradual decline of the market for supersports bikes has been all too clear to see over the last few years. Honda’s CBR600RR, Suzuki’s GSX-R600 and Triumph’s Daytona 675 are already gone with no sign of replacements in the works, and both Yamaha and Kawasaki’s current machines are rehashes of decade-old designs.

But that doesn’t mean there’s no demand for sporty, mid-range motorcycles. The Honda CBR650F has continued to sell well, as have machines like the Suzuki SV650 and Kawasaki Ninja 650. And with its new RS660 concept bike Aprilia is hinting that it could return to making a mid-range sports bike for the first time since the demise of the much-missed RS250 two-stroke.

The concept combines a new 660cc parallel twin – basically the front two cylinders from the 1078cc V4 – with an aluminium half-frame that bolts to the top of the engine, using the motor itself as the swingarm pivot mount. The result should be both stiff and light.

The wind-tunnel sculpted bodywork that’s claimed to produce downforce as a result of the MotoGP-style winglets on either side also manages to look pretty good, while Aprilia claims that the riding position, while sporty, isn’t too extreme for comfort. Oddly, the firm’s press release claims that the bars are mounted above the top yoke, although it’s clear both in person and from the pictures that they’re not…

Most importantly, though, Aprilia says that the new 660 project is the basis of a wider range of bikes. So don’t be at all surprised to see a production RS660 joined by a Tuono 660 when the development is complete.