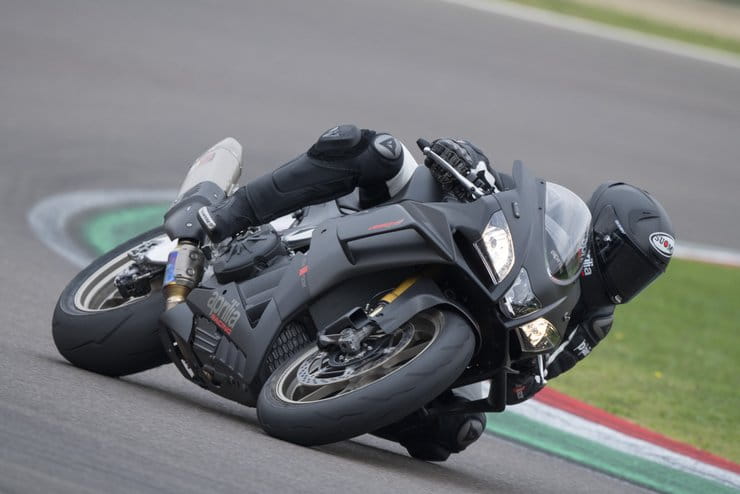 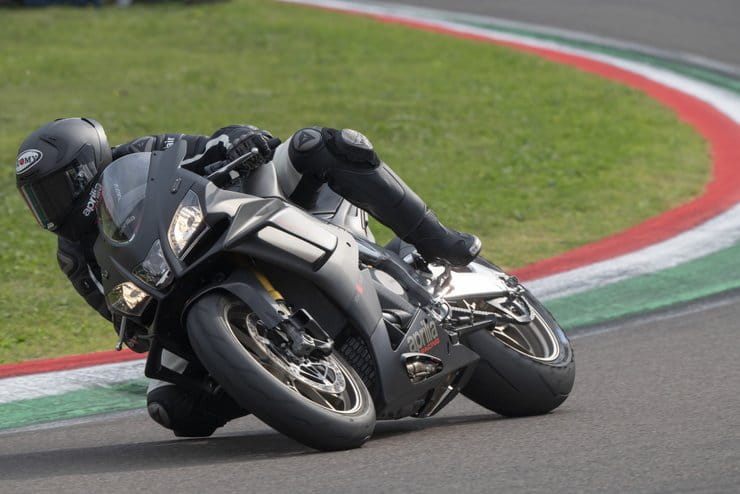 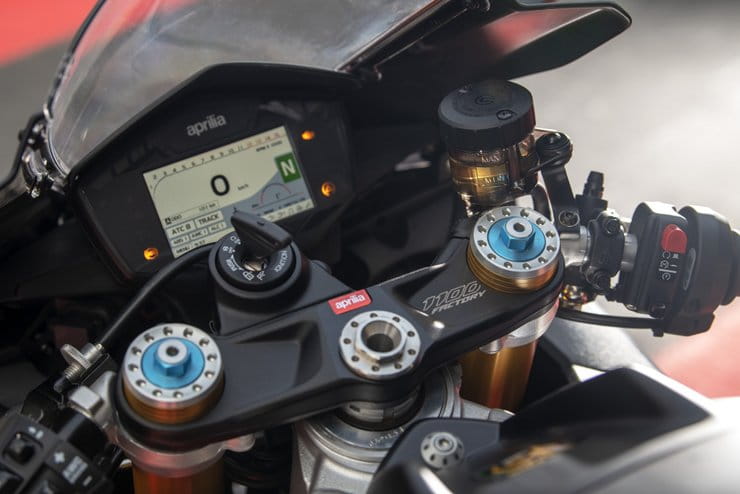 Ducati has started a revolution, it seems, by breaking out of conventional capacity classes with the 1103cc Panigale V4. Now the Bologna firm’s arch-rival from down the road in Noale has unveiled its reaction: a 1078cc version of the RSV4 that just edges ahead of the Ducati in terms of out-and-out power.

Even weight doesn’t separate them; the Aprilia is 199kg ready-to-ride including a full 18.5 litre tank of fuel, while Ducati claims a kerb weight of 198kg but has a smaller tank, with only 16 litres of fuel on board.

In short, the two bikes should have all but identical performance.

So how has Aprilia turned the RSV4 from a 999cc machine to a 1078cc one? It’s a fairly simple case of increasing the bore from 78mm to 81mm, while leaving the stroke unchanged at 52.3mm. The firm did the same with the naked Tuono back in 2015, so creating an RSV4 1100 was a relatively simple job. Improvements to the injection and intake and a new engine map that ups the rev limit to 13,600rpm accounts for the improved power compared to the 173bhp Tuono 1100, which peaks at only 11,000rpm.

The engine sits in essentially the same chassis as the previous RSV4, and the homologation-special RSV4 RR keeps its old 999cc capacity and 198.5bhp (148kW) peak power, in order to remain legal for superbike racing.

Tweaks to the 1100’s frame include new steering bushes that reduce the head angle and take 4mm off the wheelbase, while the Ohlins NIX forks get 5mm more travel than before and the swingarm has been make more rigid. Brembo’s latest Stylema calipers replace the previous M50 stoppers, and there’s the option of carbon brake ducts if you need extra cooling.

As ever, there’s a top-level suite of electronic goodies, including traction control, wheelie control, launch control, quick shifter, pit lane limiter, cruise control and cornering ABS. New for 2019 is an infotainment system, offered as an accessory, that connects the bike’s TFT dash to your phone via Bluetooth and creates a full datalogger as well as giving access to calls on your phone.

And of course we can’t forget the styling. While most of the panels are unchanged, the RSV4 1100 Factory gains MotoGP-style winglets on the fairing, said to increase stability at high speed, improve braking and reduce the tendency to wheelie out of corners.