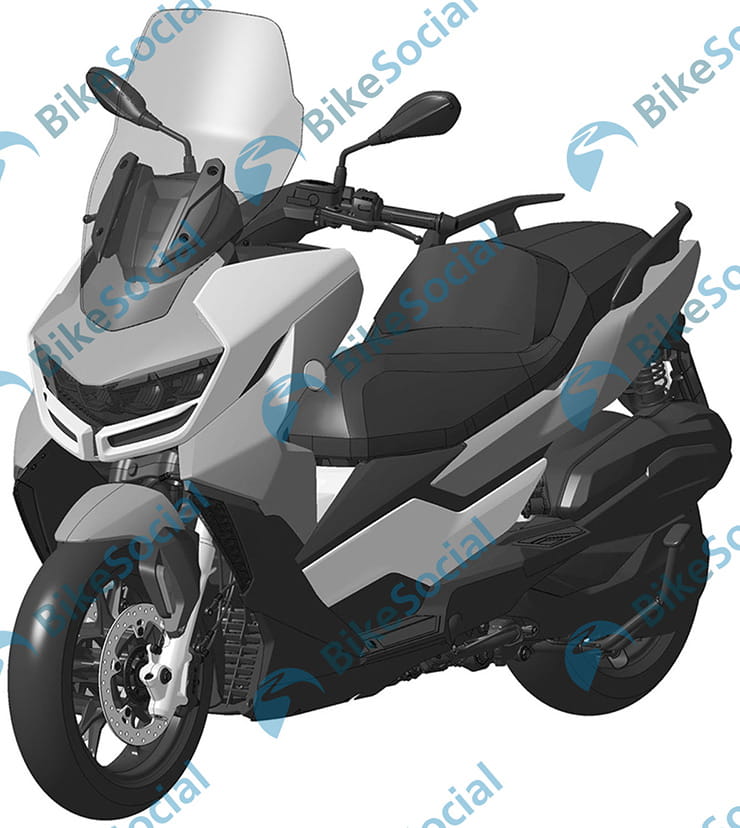 The 2018 BMW C400X was one of the more unusual debutants at 2017’s annual EICMA show in Milan. It marked the firm’s move into the mainstream scooter market but allied its conventional construction with some divisive styling that’s sure to turn off as many buyers as it attracts.

But now we’ve got the exclusive on another version of that bike, and it’s one that takes a far more mainstream approach to its design. 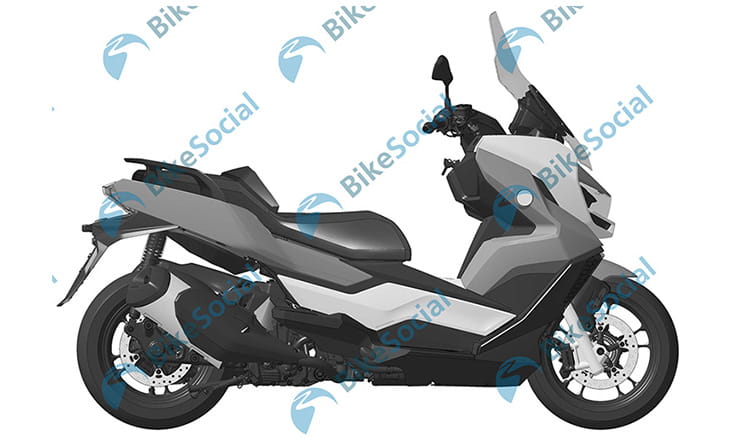 We don’t know what BMW will call the new scooter yet, but if it follows the naming protocol of its larger C650 range it’s surely either the C400GT or the C400 Sport. We’d guess it’s the Sport, given the fairly aggressive styling, particularly around the nose.

Technically, the bike appears to be identical to the C400X. The engine, transmission, suspension, wheels and brakes all look exactly the same as the existing model. So the real difference is the bike’s appearance and the protection offered by its new bodywork. 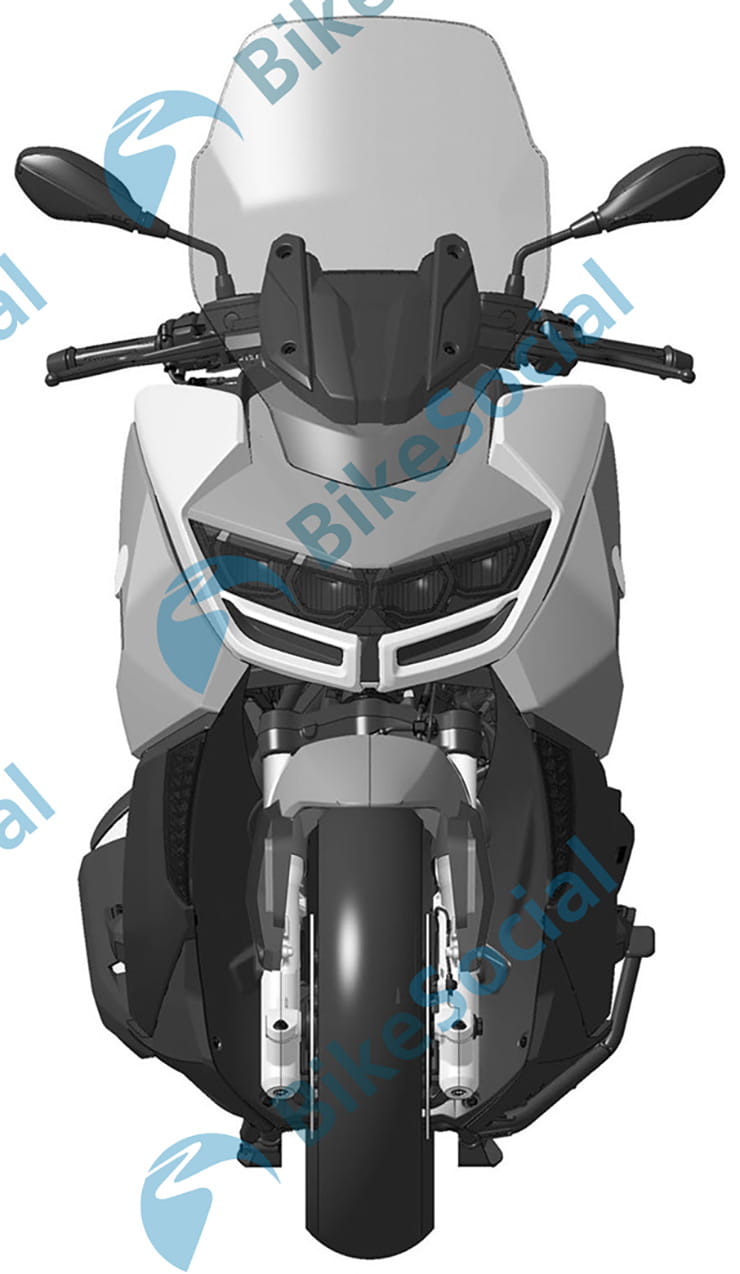 On the tech front, the component sharing with the C400X means we know it’s got the new 350cc single-cylinder engine, with a single overhead camshaft operating four valves.

Power-wise, it makes 34hp at 7500rpm, which gets to the rear wheel via a conventional twist-and-go transmission. In normal scooter style, the engine and transmission are built as a unit with the swingarm, although BMW has devised a patented rubber mounting system that it reckons kills vibrations without harming handling.

Suspension is basic, with twin rear shocks and conventional forks, while the dual front discs are gripped by some of the smallest radial-mount calipers you’ll ever see.

A pair of 14 inch wheels complete a fairly conventional scooter package. Weight will surely be within spitting distance of the 204kg claimed for the C400X version. 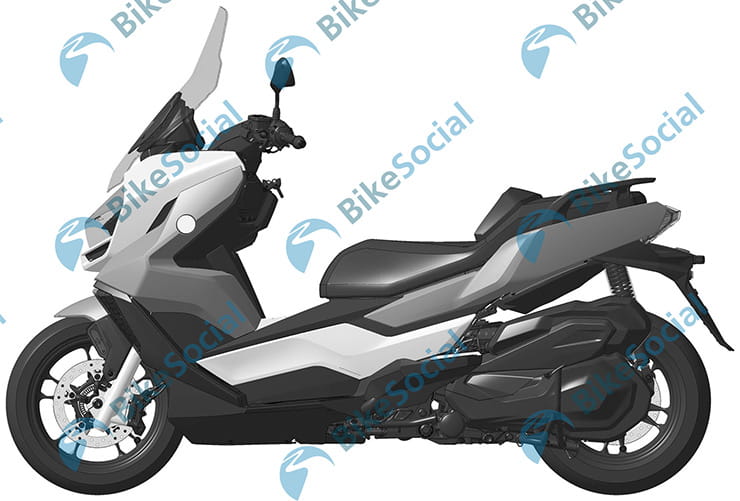 So what’s new? Well it’s clearly the bodywork. The C400X is a weird mishmash of traditional scooter and R1200GS, and it’s sure not to appeal to everyone. While the GS is clearly on-trend at the moment – and has been for more than a decade – simply transposing its beaklike nose, lopsided headlights and industrial-chic, angles-and-notches body panels onto a scooter chassis makes for a challenging proposition.

It’s sure to appeal to some, but there’s got to be a reason that other midsize scooters don’t take that approach. This new C400 Sport is BMW’s response to demands for a more conventional style.

There’s no question it’s more traditionally pretty than the C400X. The nose is distinctive without trying too hard to be different for the sake of it, with memorable reverse-rake headlights topping dual air intakes.

Those lights, with four circular lamps in two pairs, are clearly a call-back to BMW’s car range. Remember, BMW will be trying to tempt non-riders into the fold with this machine. Squint, and the two air intakes could even be intended to recall BMW’s traditional double-kidney car grille.

There’s more comfort here than on the C400X, too. The screen is taller and the instruments are more comprehensive, with an analogue element as well as a digital display.

For pillions there are spacious foot boards rather than the X’s flip-down pegs, and the rider’s seat is more heavily sculpted with a distinct backrest section. 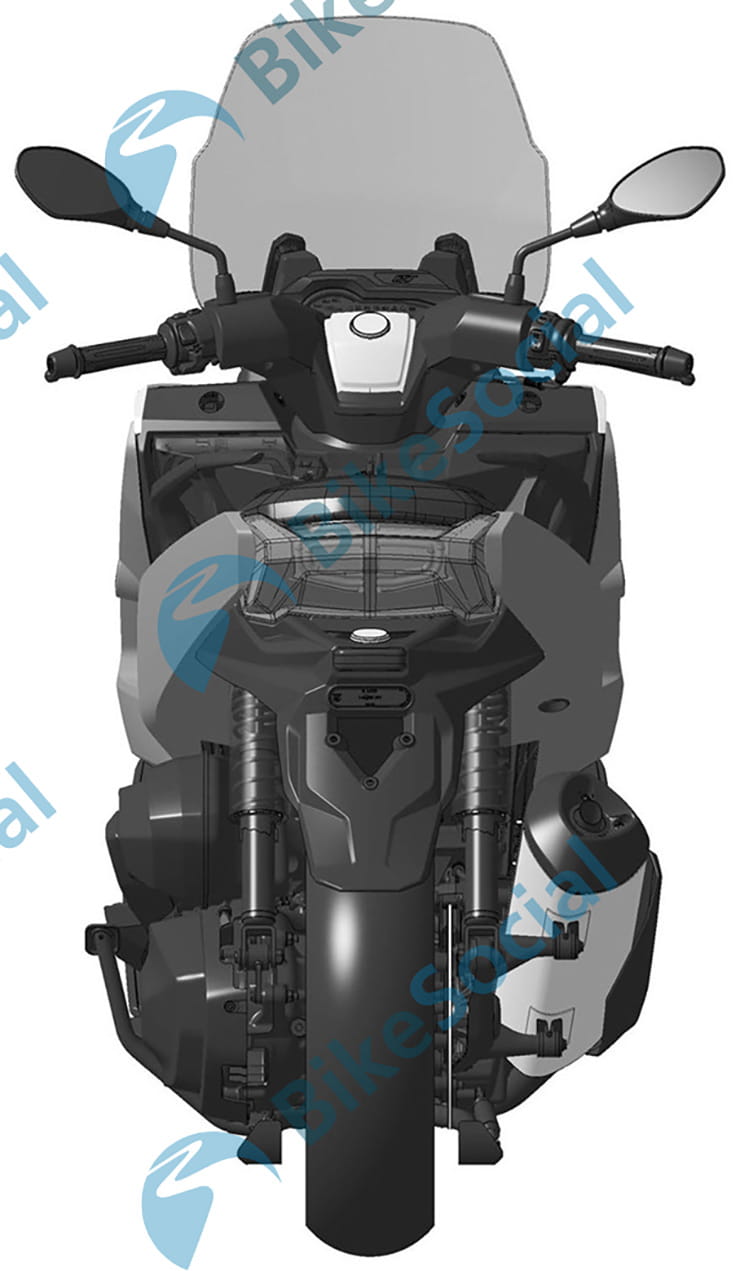 A prototype of this bike was spotted testing last year, so we know that it already exists as more than just drawings. In fact, it came as something of a surprise that it wasn’t revealed along with the C400X last year.

Perhaps the fact that these images – they’re from BMW’s patent for the design – have been published now is an indication that it was a late decision to hold the model back until the 2019 model year.

It’s likely we’ll see the final machine at shows towards the end of this year. Price remains an unknown even for the C400X at the moment, since that machine has yet to reach dealers. We’d guess that the ‘Sport’ or ‘GT’ model – whichever name is chosen for this machine – will be a fraction more expensive.

Looking for insurance for your scooter? Get scooter insurance with Bennetts.