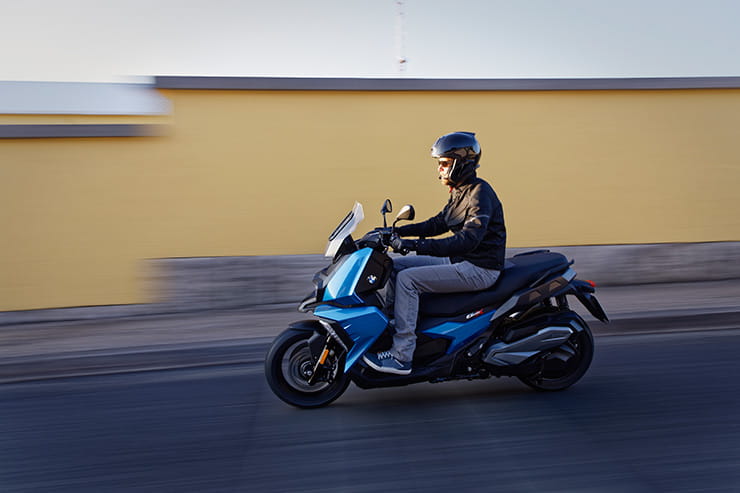 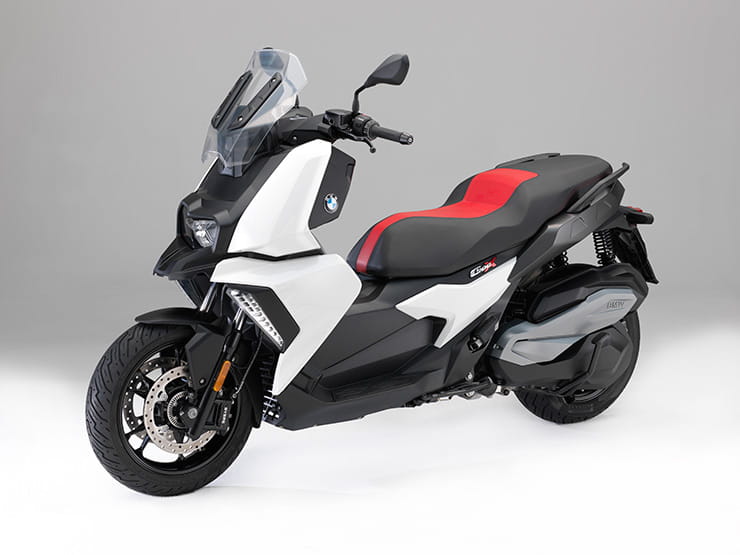 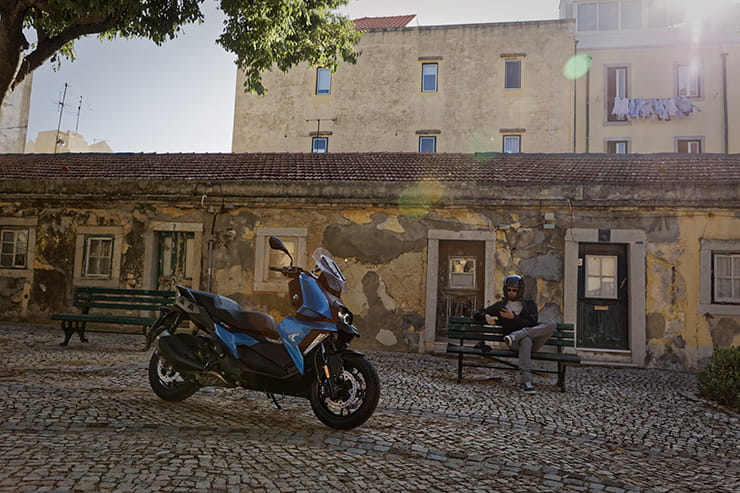 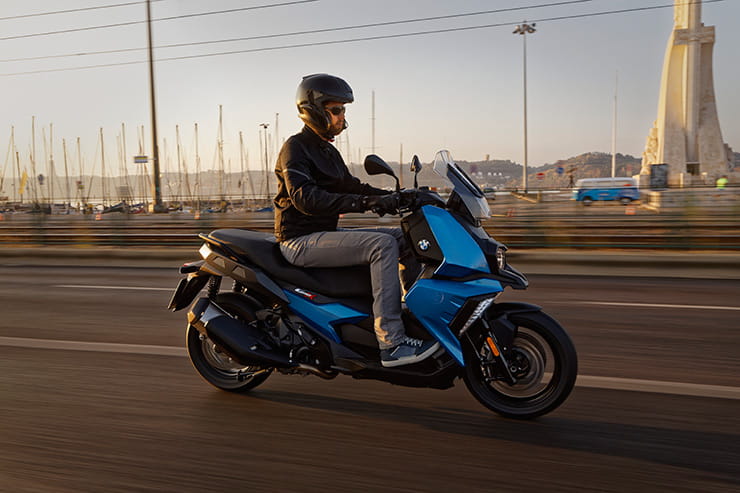 BMW’s forays into the scooter market haven’t always been greeted with huge success. The roofed C1 goes down in history as one of the oddest bikes ever made. But with the new C400X the firm makes its return to single-cylinder twist-and-goes in a rather more conventional way.

Joining the pricy, twin-cylinder C650 Sport and GT, as well as the slow-selling electric C evolution, the C400X is BMW’s entry-level scooter for 2018 and the firm’s smallest two-wheeler outside the Indian-made G310 line-up.

Despite the C400 name, it’s actually a 350cc machine. It’s powered by a single overhead cam, water-cooled, four-valve motor with 80mm bore and 69.6mm stroke making a respectable 34hp at 7500rpm. The engine is tied to a CVT transmission and in traditional scooter practice the whole lot is part of the swingarm. On the electronics front the engine gets fuel injection, of course, and traction control as standard.

Chassis-wise, there’s a tubular steel frame running under that GS-alike bodywork, with conventional forks up front and dual shocks at the back. The whole caboodle has motorcycle-sized dimensions – including a lengthy 1565mm wheelbase – and similar geometry to a normal bike. However, the tiny wheels, 15 inches at the front and just 14 inches in the rear, make it look even longer.

BMW has worked hard to make sure the C400X lives up to its standards in terms of refinement, coming up with a unique rubber mounting system for the swingarm/engine unit that the firm claims eliminates vibrations without losing chassis rigidity.

Ready to ride, the C400X comes in at 204kg, and the dual front disc brakes with radial calipers should be well up to the job of hauling it down from its 86mph top speed.

The styling is certainly distinctive, clearly taking its cues from the firm’s GS models. The lopsided headlights and the beak are probably going to be divisive, though, and despite appearances there’s clearly no intention at off-road ability here: it’s not a rival to Honda’s X-ADV. 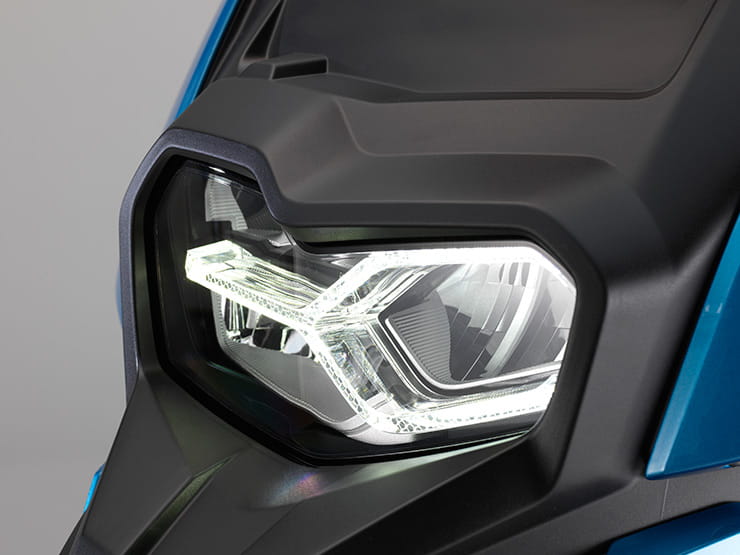 While there may be little to write home about in terms of performance from the C400X, it’s not short of kit.

LED lights are standard, with fibre-optic DRLs an optional extra. Other kit includes a 12v power socket, and the firm says that the bike’s CAN-bus wiring system is specifically designed to make it easy to add extras like heated grips or the optional alarm.

Another desirable option is the colour TFT screen, which works with the BMW multi-controller and can be paired to a smartphone and BMW’s Motorrad Communication System, giving access to media playback and telephone functions.

It can also display arrow-based navigation via the BMW Motorrad Connected App on either Android or IOS. Other tech option include keyless go, a heated seat and heated grips.

Standard kit includes the screen – which isn’t adjustable despite appearances – and an under-seat storage system called Flexcase. This involves a flap at the rear of the under-seat storage area that moves downwards towards the rear tyre, expanding the storage. It’s designed to be used when the bike is stationary, and is big enough to swallow your helmet while it’s parked.

The C400X looks like a promising scooter, but its success will pivot on the yet-to-be-announced price. BMW’s existing scooter range is eye-wateringly expensive; here’s hoping the C400X bucks that convention. 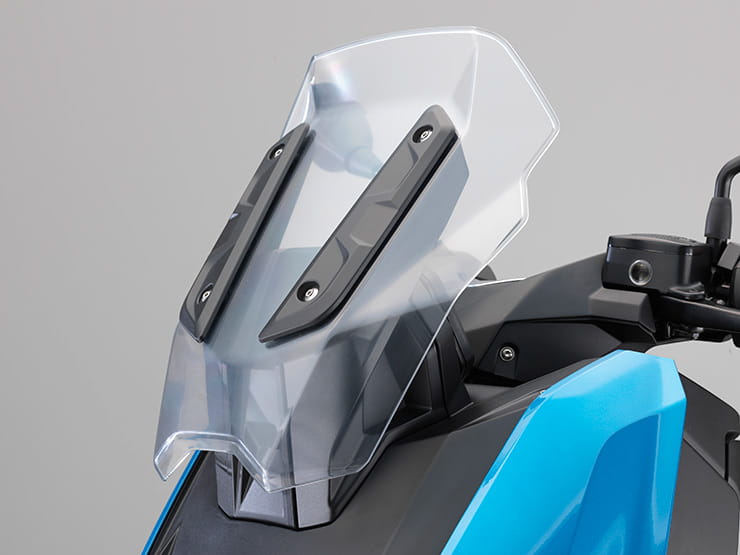 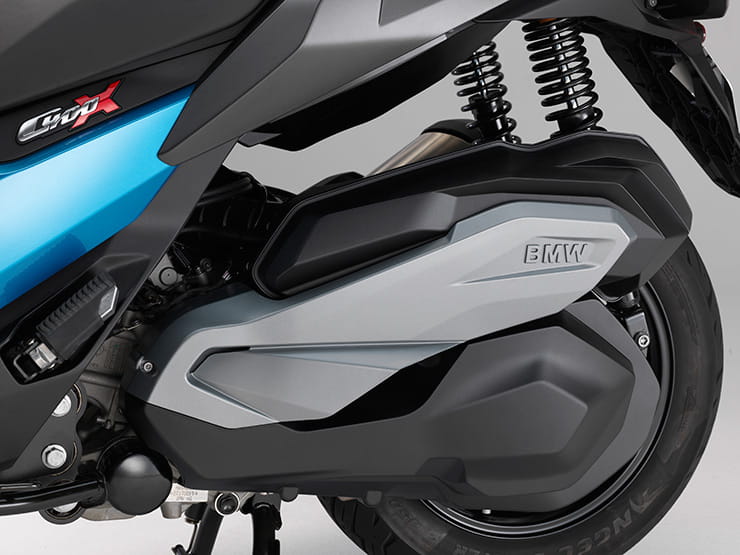