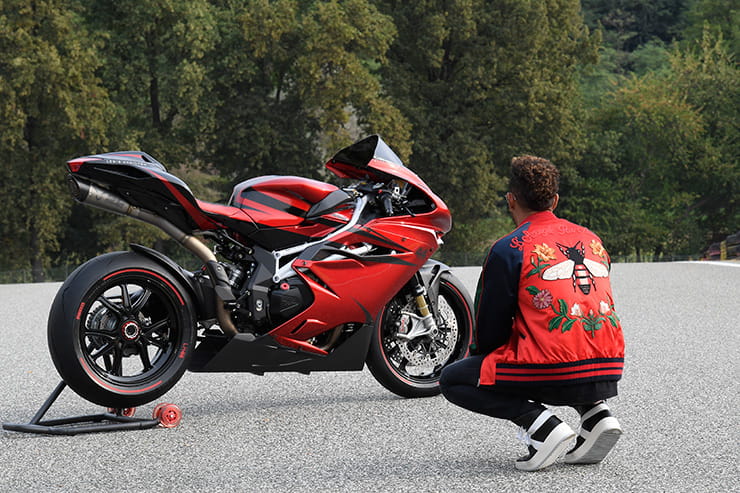 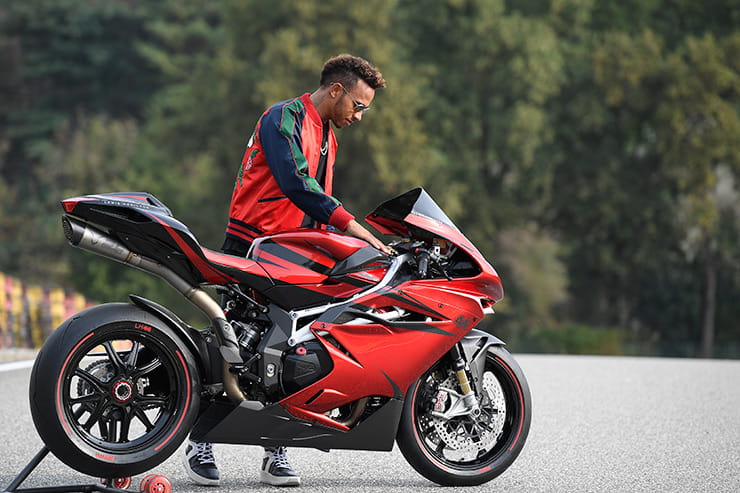 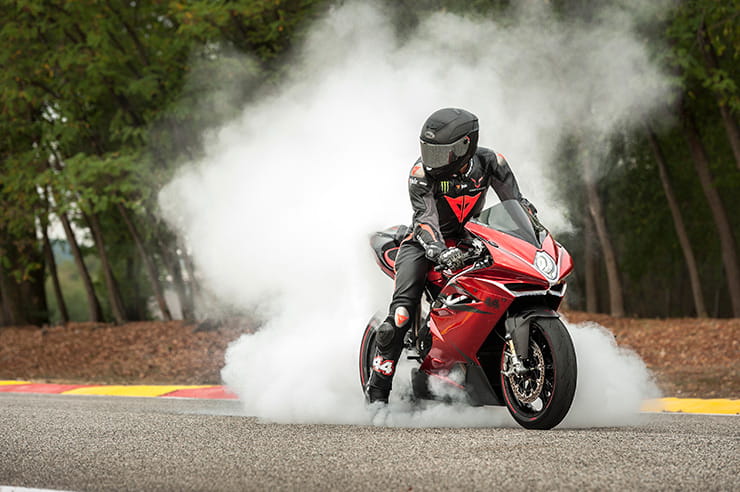 The British three-time F1 World Champion is well known for his lavish lifestyle shared with his millions of social media followers. Celebrity friends, awesome scenery, fashion weeks, and any kind of vehicles are prevalent contents of his Instagram profile, with more folk following him than live in New Zealand. Quite the opposite of his major 2017 world title contender, Sebastian Vettel, we know everything about Hamilton’s life: he drives Pagani Huayra, flies on a private Bombardier aircraft and rides, preferably, an MV Agusta.

Last year he signed a partnership to create a limited edition range complete with his signature on each bike. And now, following the Dragster comes the new F4 LH44 with a price tag of £53,900.

Giovanni Castiglioni, MV Agusta Motor President, said earlier this month: "I met Lewis a few years ago when he called up our Customer Care asking in a very humble way to buy a special bike. After having developed some bikes for Lewis we turned our common passion into a partnership with the creation of the successful Dragster RR LH produced in 244 units. I'm very excited and proud to continue this cooperation that will see new MV Agustas co-designed with Lewis entering the market in the next month."

According to BikeSocial sources, some lucky spectators have already seen the bike in the flesh at the recent Monza Grand Prix, dominated by Mercedes-AMG team, when the British driver celebrated his success with a burn-out on a glitter red F4.

A week later and Lewis recorded video footage at the Pirelli testing ground in Vizzola Ticino, close to MXP airport, where he rode the F4 LH44 for the first time. People close to the event told us “he's an inspiring rider, capable and naturally fast and we have no doubt about his riding skills.” 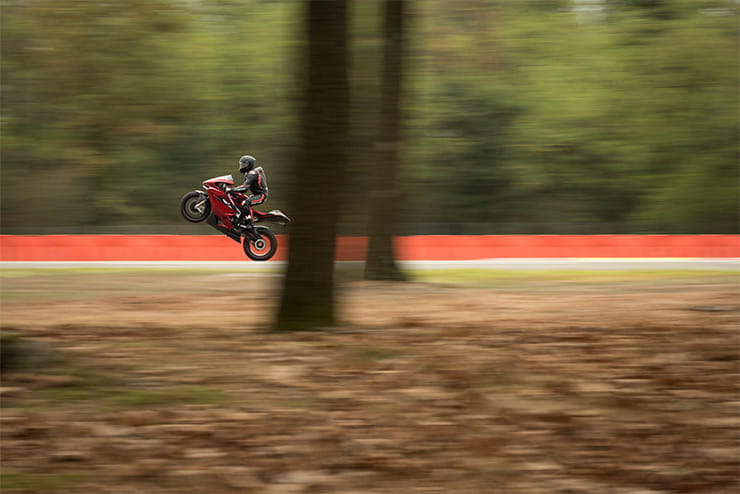 Keeping an eye on the technical data sheets, the new F4 LH 44 is created on the familiar F4 RC platform, thanks to the results Leon Camier is achieving in WSB who is currently 8th in the championship with 13 top 10 finishes this season so far. The engine is the ancient 4-cylinder with central timing chain but still able to delivery 205 Hp.  Just like the F4 RC, the LH44 version comes with a kit includes the bike comes with a kit that includes a SC-Project titanium silencer with a sexy single-pipe SC-Project system boosting power by 7 hp to 212 hp (158 kW). Like her sister RC, the MV Agusta F4 LH44 has the same extensive use of carbon fibre over the bodywork as well as premium Ohlins and Brembo equipment so the main distinctive feature between both bikes is the colour scheme. 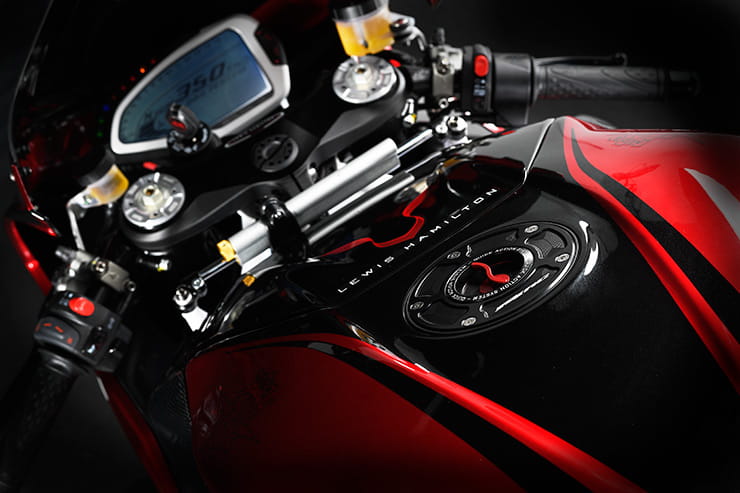 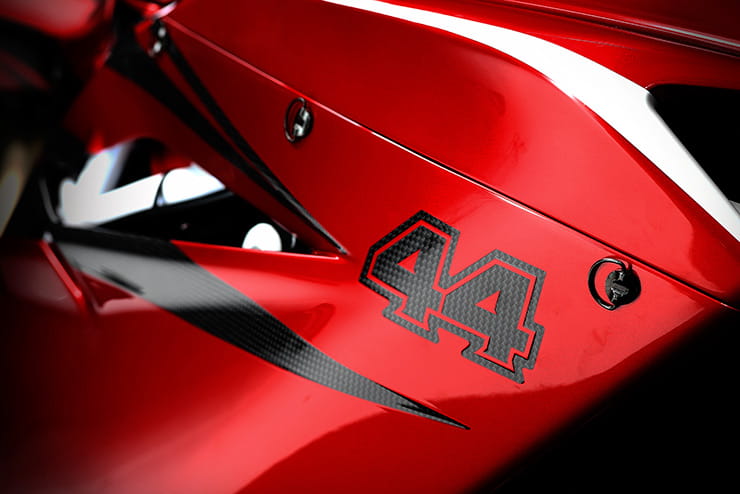 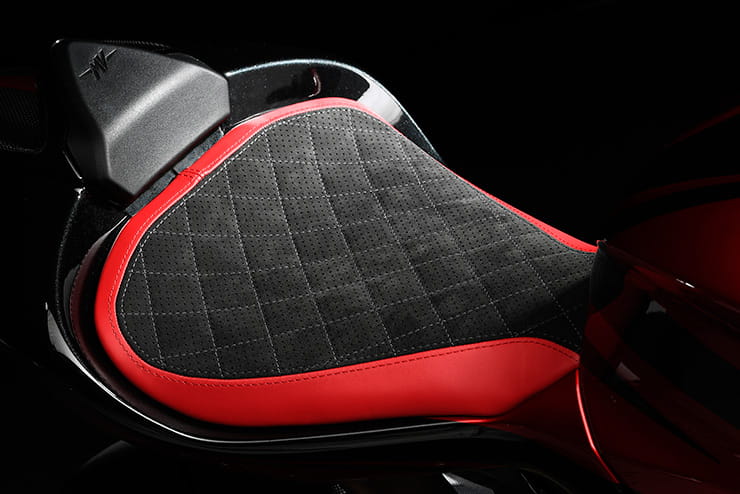 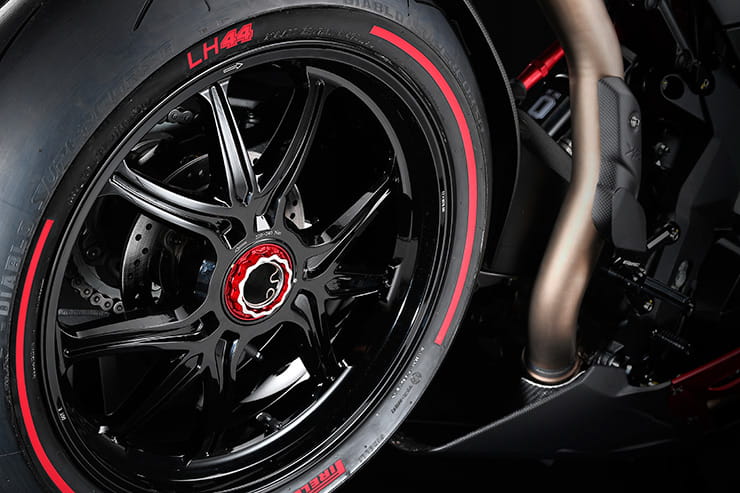 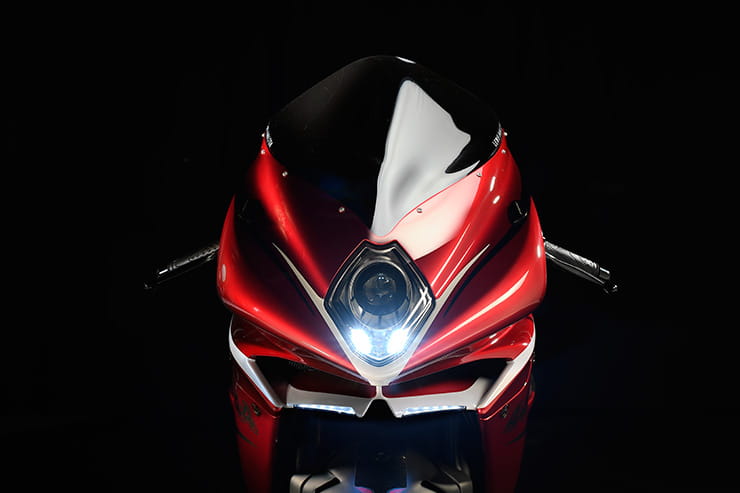 The new F4 LH44 is painted with the candy apple red like Hamilton’s Bombardier private jet, achieved with an exclusive ink-based paint technique while the pearl white applied on steel trellis frame come from the helmet of three times F1 World Champion. Talking about trim and finish, one of more impressive pieces is the leather and Alcantara seat, like the interior of an exotic car. Other dedicated components include the smoked screen, a racing-style fuel cap, forged wheels and unique items such as the rear wheel nut which, on the F4 LH44, has been CNC machined.

Another neat touch are the tyres which have been customised for Lewis Hamilton and the Pirelli DIABLO Supercorsa SP show the LH44 logo, comprising Hamilton's initials and race number.

We think the new MV Agusta F4 LH44 is getting both fans and detractors of the British driver on board, at least until next race... 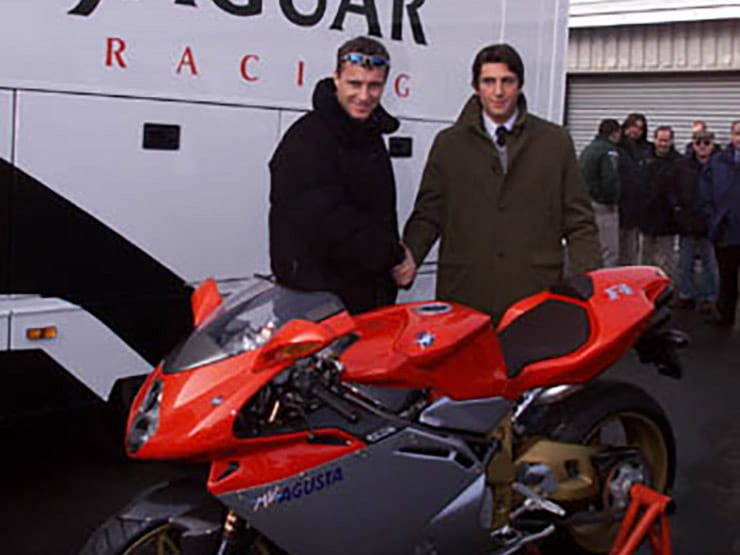 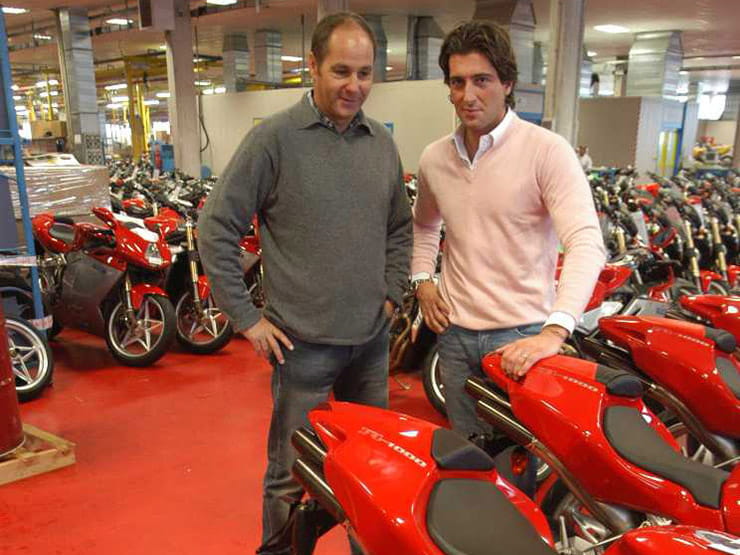 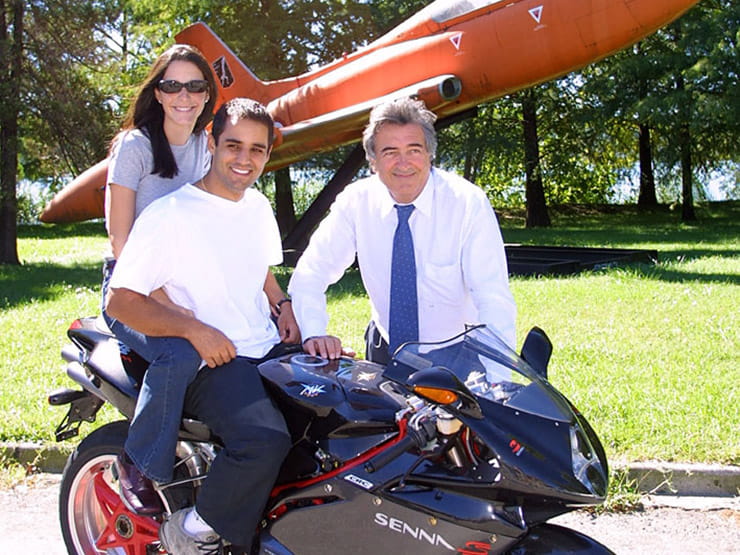 Lewis Hamilton is the last in a long list of F1 race winners to have fallen in love with MV Agusta. Among those, over the years, Gerhard Berger, Eddie Irvine, Juan Pablo Montoya and Damon Hill have all been clients and friends of the Schiranna manufacturer who even dedicated two special series F4s to Ayrton Senna: the F4750 in 2002 and the F41000 in 2006. 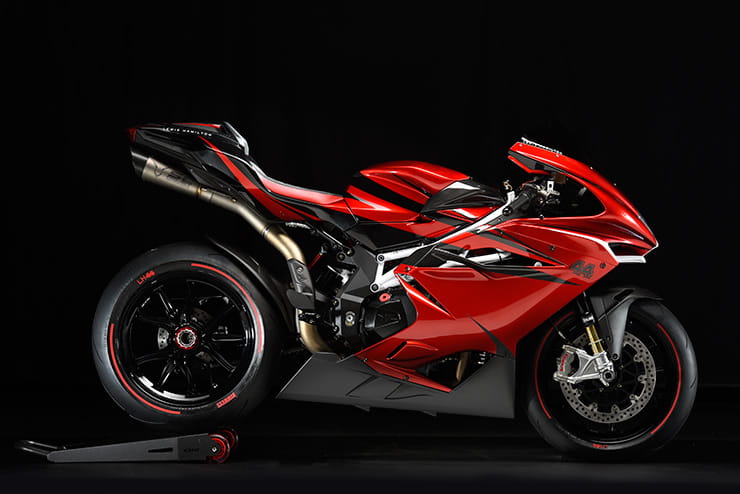 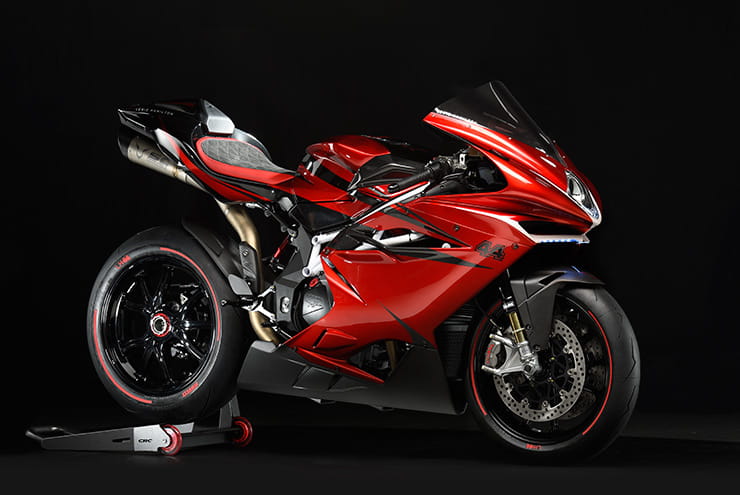 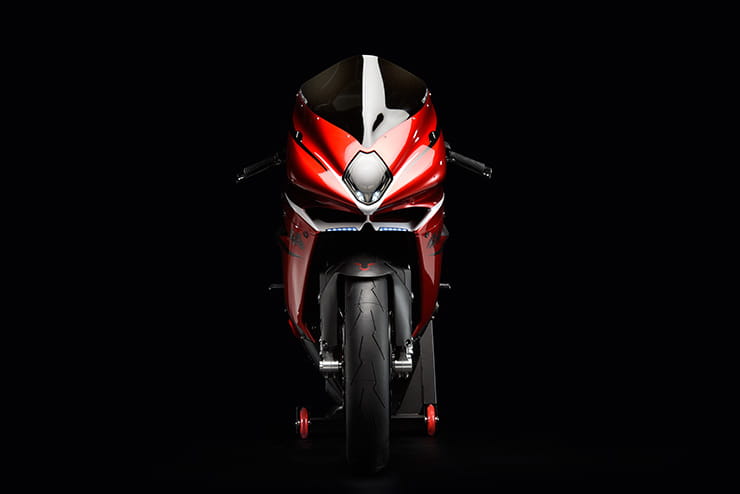 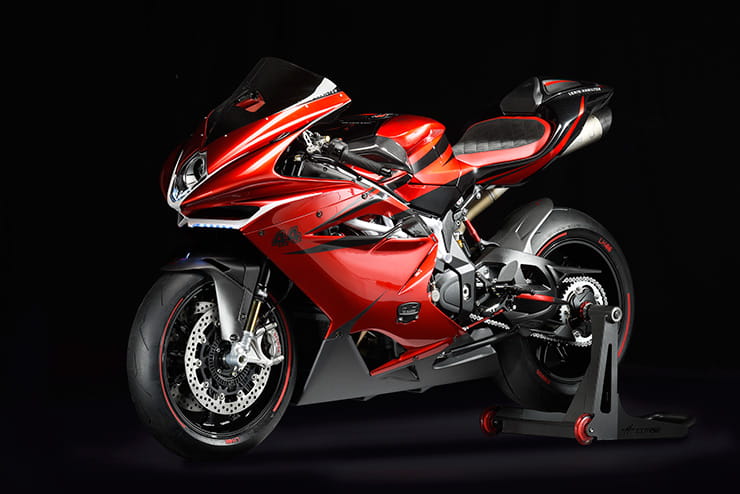 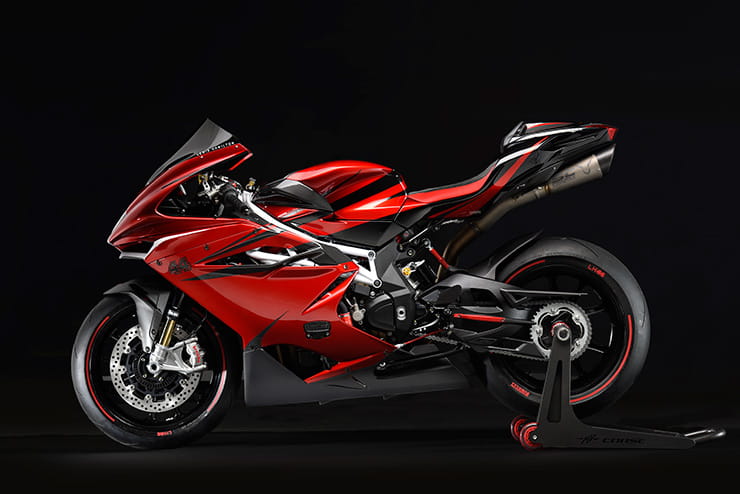 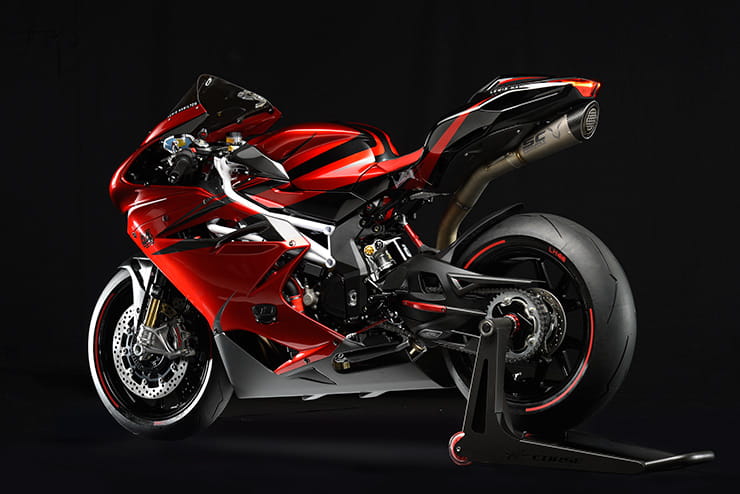 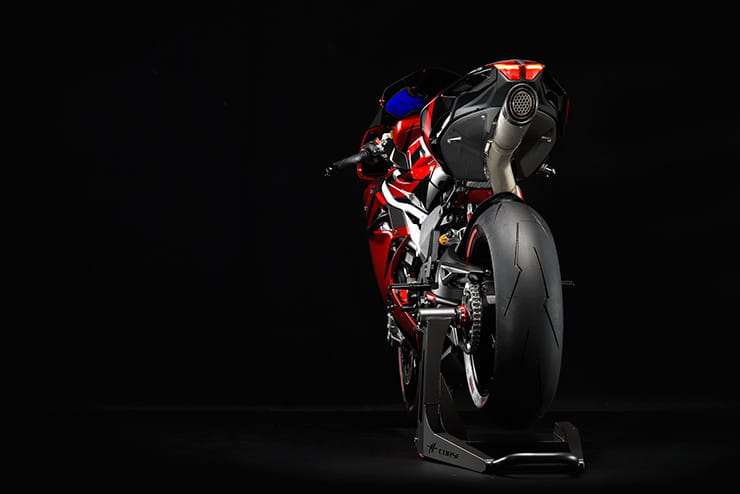 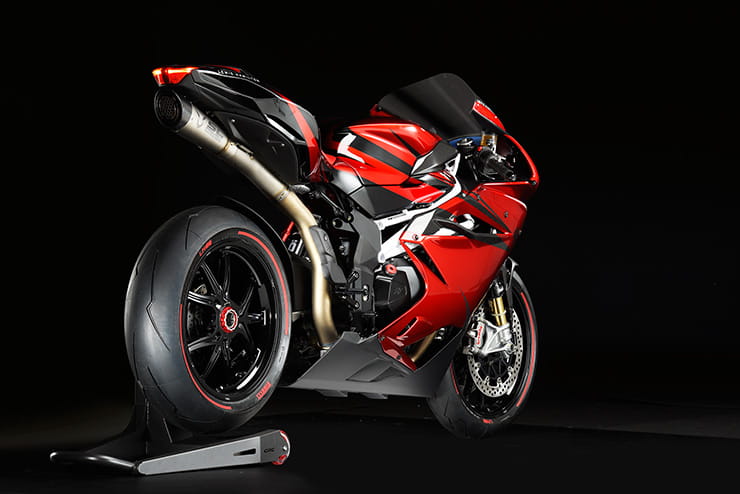