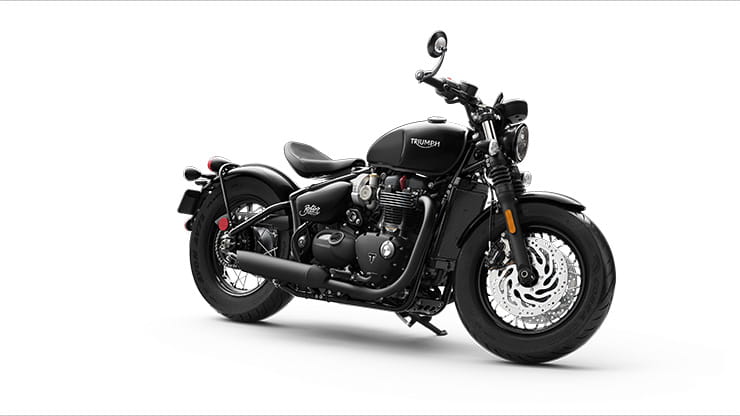 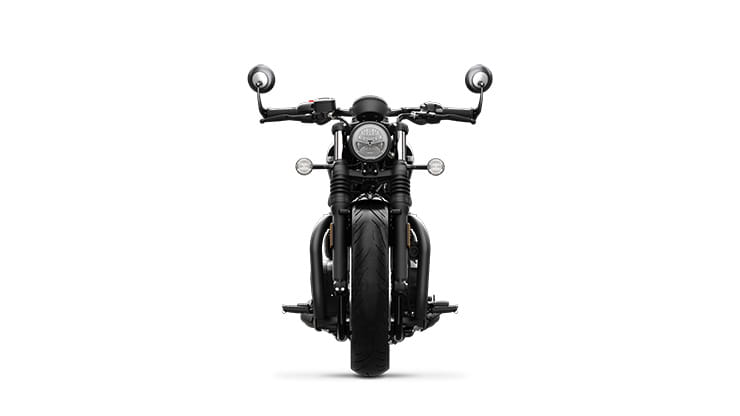 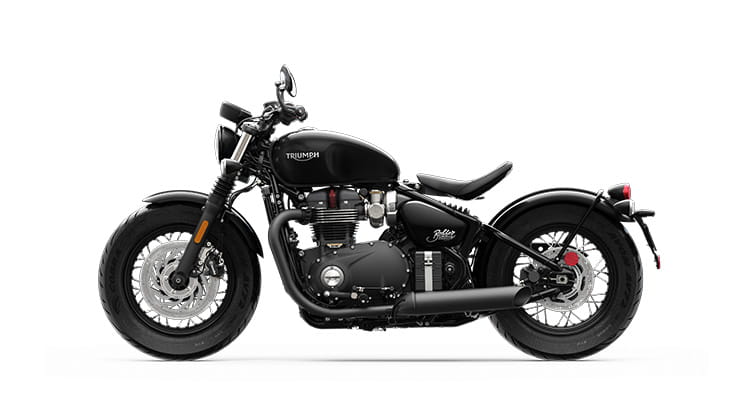 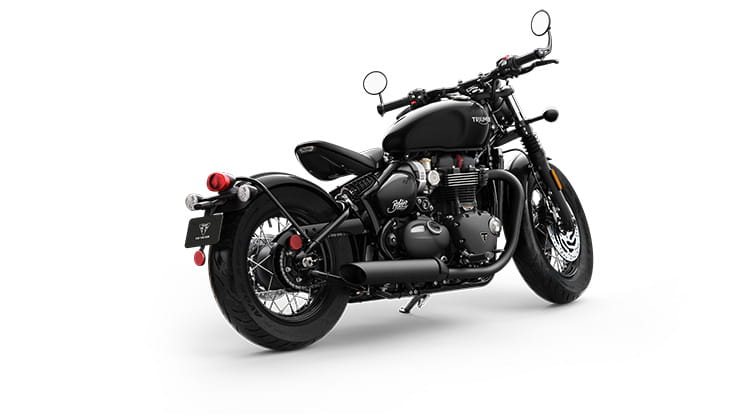 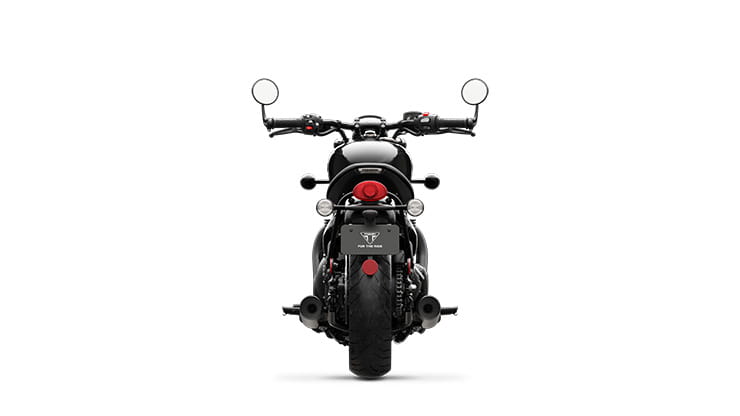 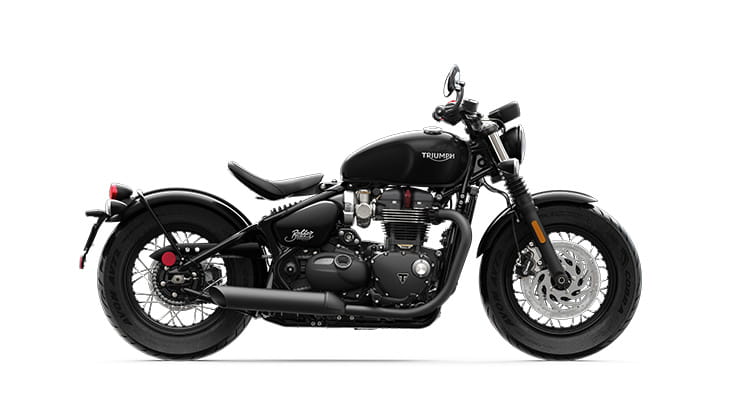 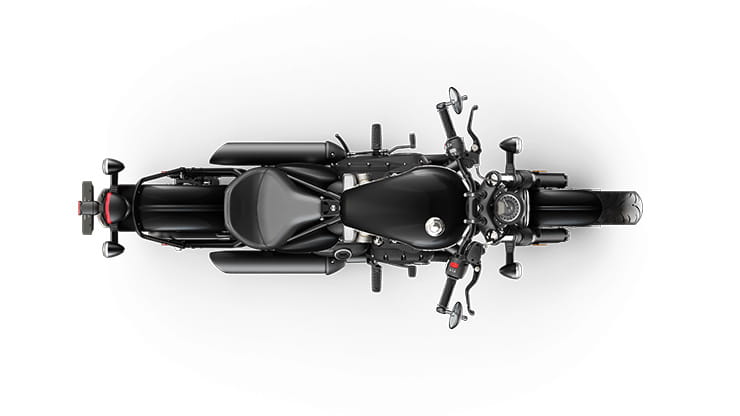 Triumph has today announced the new Bobber Black. Based on the Bobber – launched last year and the company’s fastest selling bike ever (high initial pre-orders have led to 6000 sold to date) – the new Bobber Black retains the hard-tail styling and single seat of the original, with a fatter tyre on a smaller wheel, new forks, LED headlight, twin discs and Brembo calipers. The upgrades come at a cost of 9.5kg, and an as-yet unannounced price premium.

The seat height is unchanged at 690mm, as is the overall height of the bike – despite the 16-inch front wheel, which is down from the 19-inch of the original, but shod with a chunky 130/90 Avon Cobra, as opposed to the original’s 100/90.

Triumph says it sees both bikes as being standalone models, the Black – which comes in gloss or matt finishes – being the higher specification, pricier model. The rear KYB shock and link is unchanged, but the front forks are now 6mm fatter, at 47mm, and are a Showa cartridge, replacing the KYBs on the cheaper version. 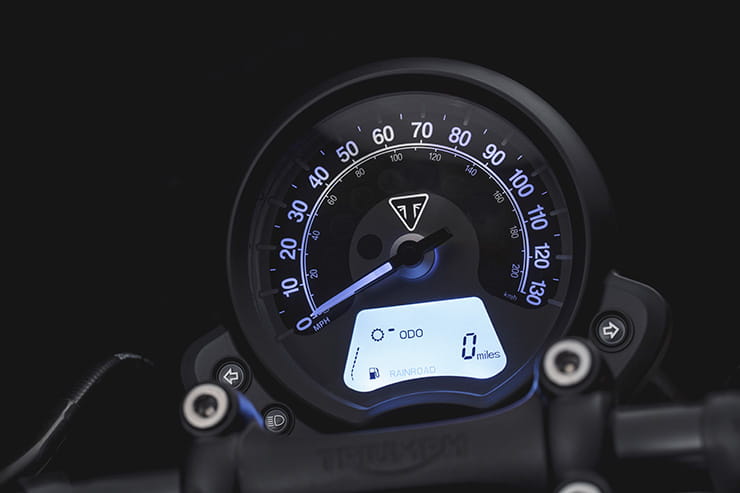 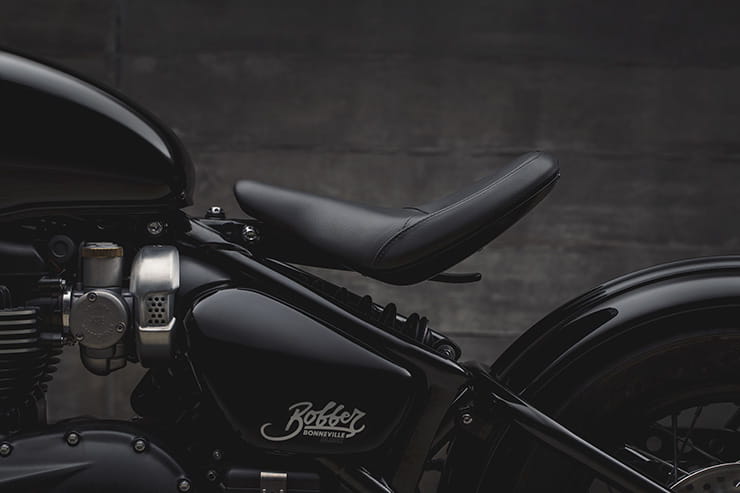 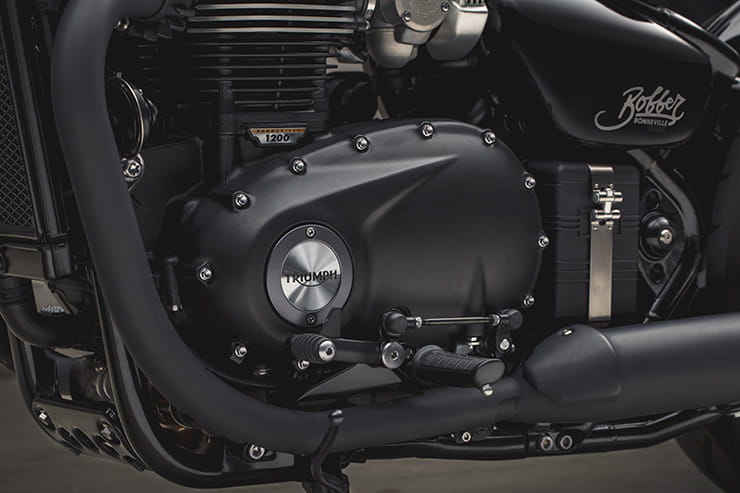 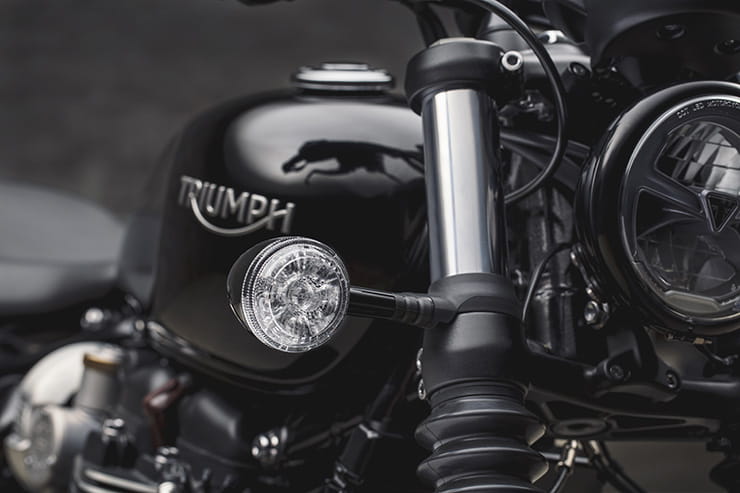 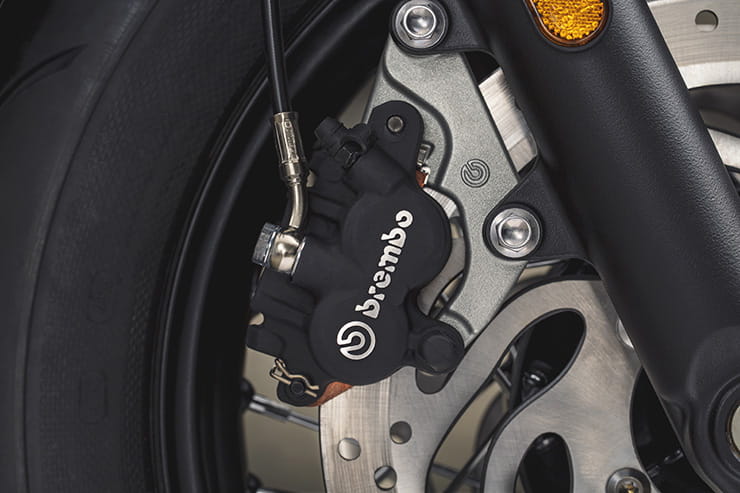 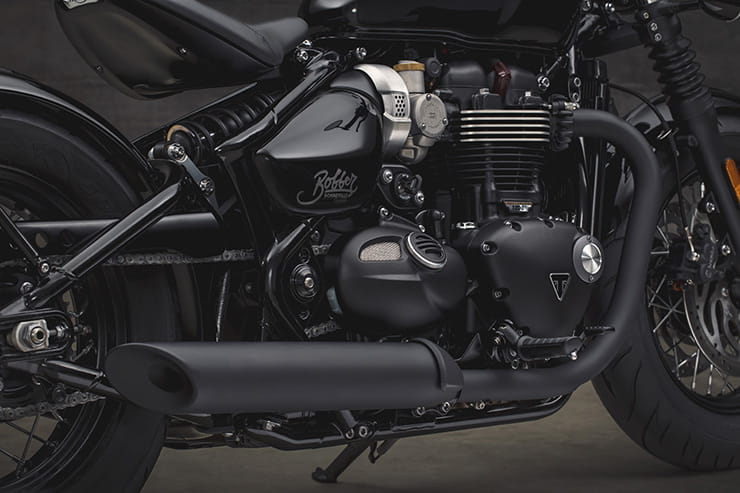 The Bobber retains the Road and Rain riding modes, ABS and switchable traction control, but gains single-button cruise control as standard, and comes with the LED headlight with daytime running light that is only an option on the original.

Performance is unchanged in the 1200cc eight-valve liquid-cooled parallel-twin motor – 75bhp at 6100rpm and 106Nm @ 4000rpm. The six-speed box retains the torque-assist clutch, the only engine changes being cosmetic, with new styling for the exhaust.

One of the key option parts available for the new bike will also be compatible with the original – feet forward controls, an accessory that journalists on the launch and customers since have been asking for.

The Triumph Bobber Black will be available early 2018, and we’ll have the first riding review mid December 2017.