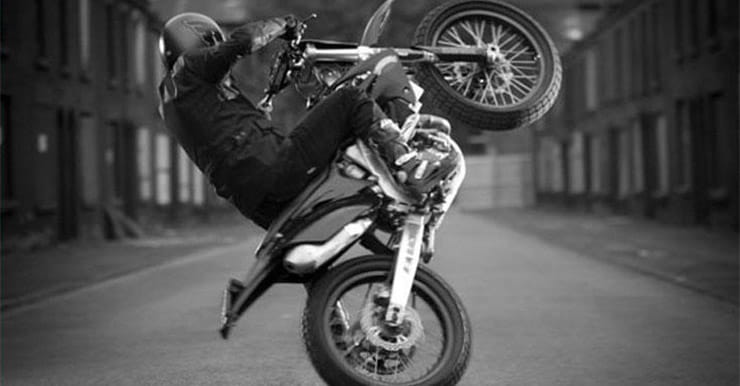 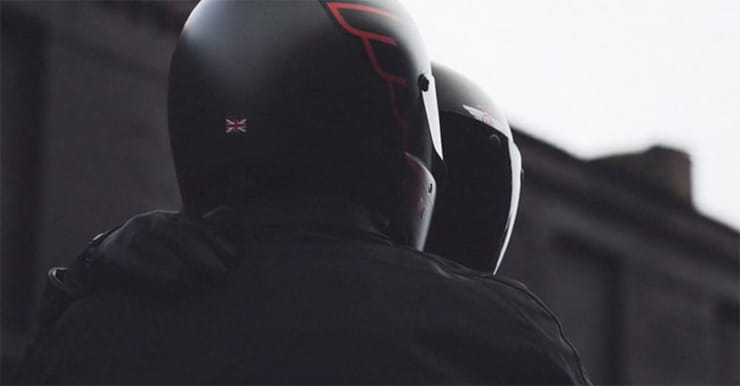 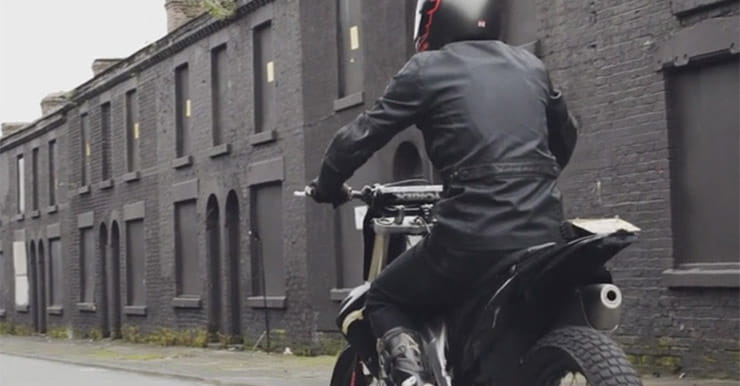 Known as the sole UK manufacturers of open faced motorcycle helmets, Davida, the Italian-sounding but Wirral-based brand are set to buck their own trend and unveil their first full-face helmet.

The company have confirmed to us the helmet will be unveiled at the annual Milan Motorcycle Show, known as EICMA, on 7th November.

In a teaser video launched on the official website, British Dirt Track Athlete & DTRA Champion Alan Birtwistle and his companion are seen enjoying the saddle of a Honda CFR450 before the 2017 UK Flat Track Champion shows off his enviable riding skills wearing, of course, the new full-face Davida.

The matt black lid features a red Honda-esque triple wing-like design on each side with a small Union Jack flag back and central and the Davida logo above the visor.

Davida holds certification from: BSI (UK), DOT (USA), ECE (Europe), CN (China and Taiwan) and ACU Gold (for UK racing) and owner David ‘Fid’ Fiddaman says, “We are the smallest but probably most certified helmet maker in the world”.

We’ll bring you the full details live from EICMA, so stay tuned to BikeSocial or our social media channels; Facebook and Twitter