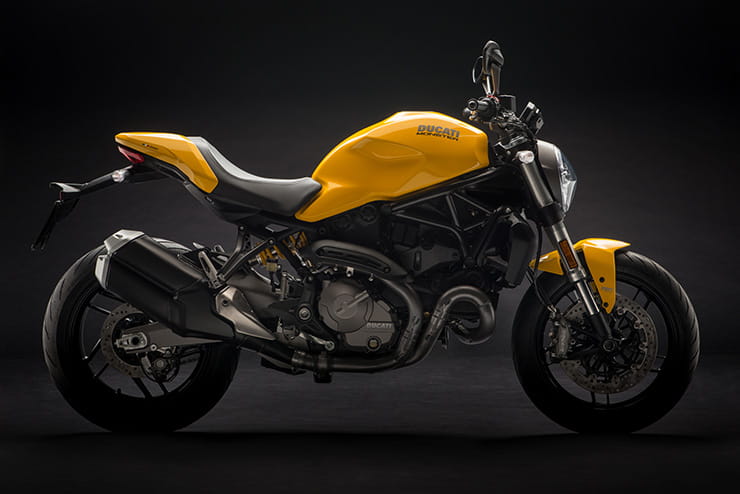 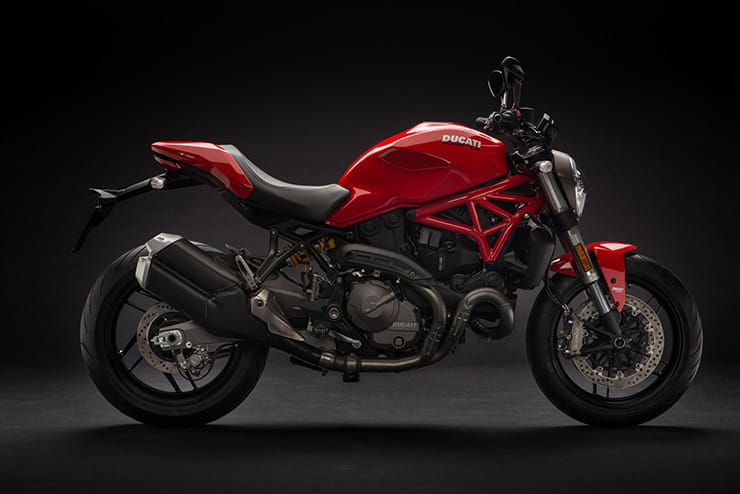 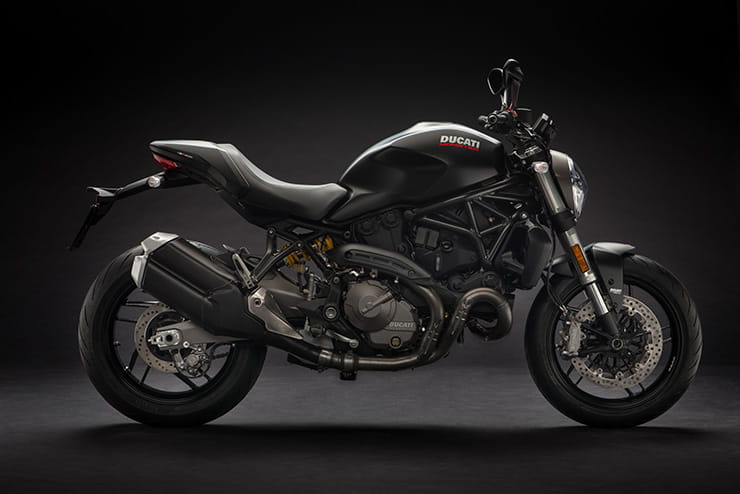 “All a bike needs is a saddle, engine, two wheels, handlebars and a tank to fill with fuel,” said designer Miguel Galluzzi as he created the first Ducati Monster in 1992 – the raw, simple motorcycle that was the answer to the demands of the Italian company’s manager – Massimo Bordi. 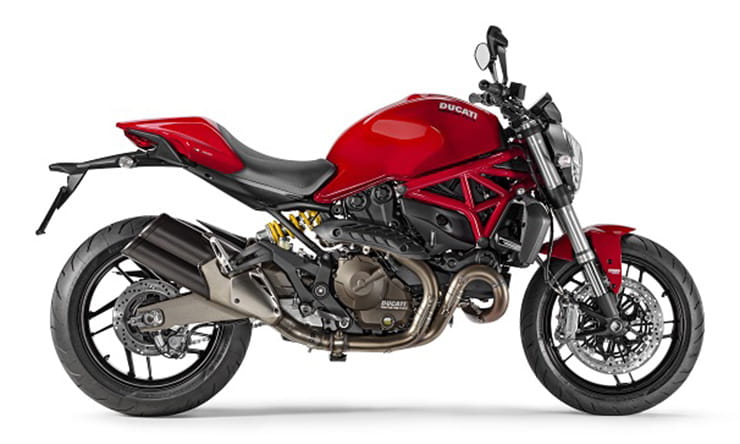 The redesigned, slimmer tail – fitted to a steel trellis subframe – offers a seat height of 785 or 810mm, while the tank is the same, sleeker design fitted to the 1200. The rounder-shaped headlight is also lifted from the larger model.

The Thin Film Technology (TFT) screen is a first for the model, and takes on different designs depending on the riding mode selected: Sport, with its direct ride-by-wire throttle response, reduced traction control, level 1 ABS and disabled anti-stoppie; Touring, with a more progressive throttle response, increased TC, level 2 ABS and moderate anti-stoppie; and Urban, with a maximum power of 75bhp, a high level of traction control, level 3 ABS and full anti-stoppie. 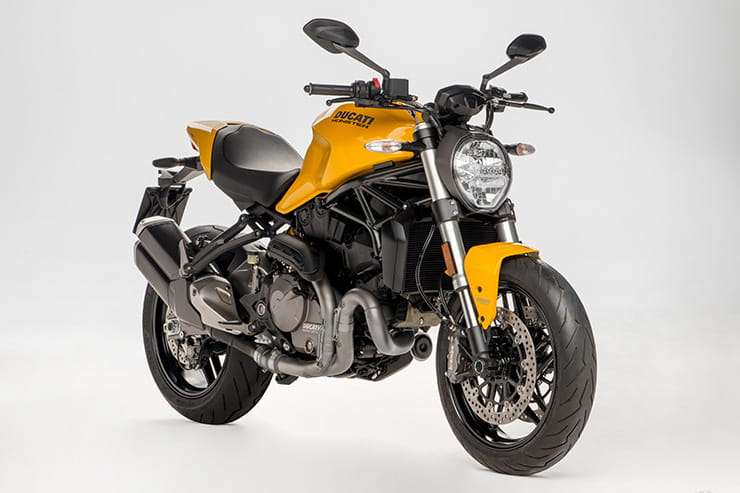 The 2018 machine promises a sleeker design

The three-level ABS is Bosch’s 9.1MP system, which doesn’t include lean-angle sensors, while the traction control offers eight levels, which can be selected to suit the rider.

The 821cc Desmodromic Testastretta motor is a stressed member of the steel trellis frame, with what’s said to be an ‘ultra-low effort’ cable-operated clutch. 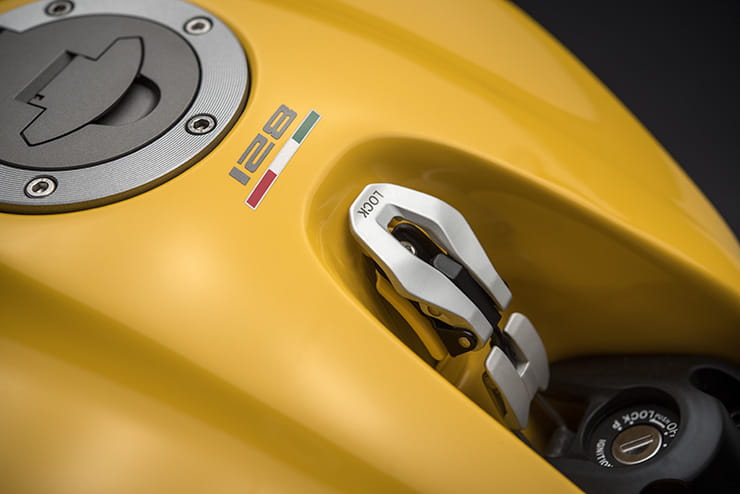 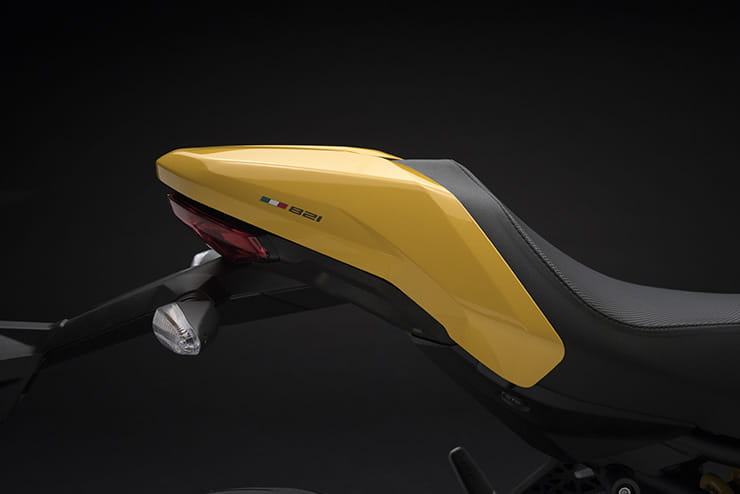 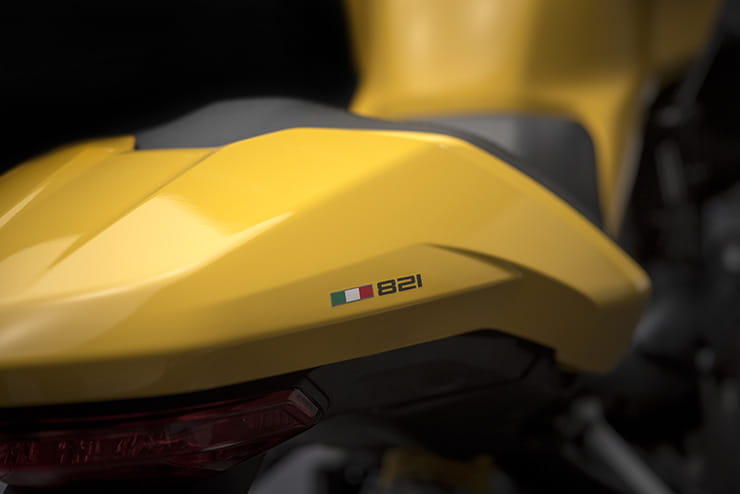 The 43mm upside-down front forks are unadjustable, while the rear monoshock can be tweaked for preload and rebound damping. Pirelli Diablo Rosso III tyres are fitted; 120/70-17 at the front and 180/55-17 at the rear.

So will a reduction in power matter? We’d be inclined to think that it won’t – many in the BikeSocial office believe that 100bhp is more than enough to have an absolute blast on the road, and we’ll be testing this bike next week, so will be able to give you our impressions very shortly.

Do you think the 821 is all the Monster Ducati needs to build? Do you long for the days of air-cooled elegance? Tell us in the comments below…