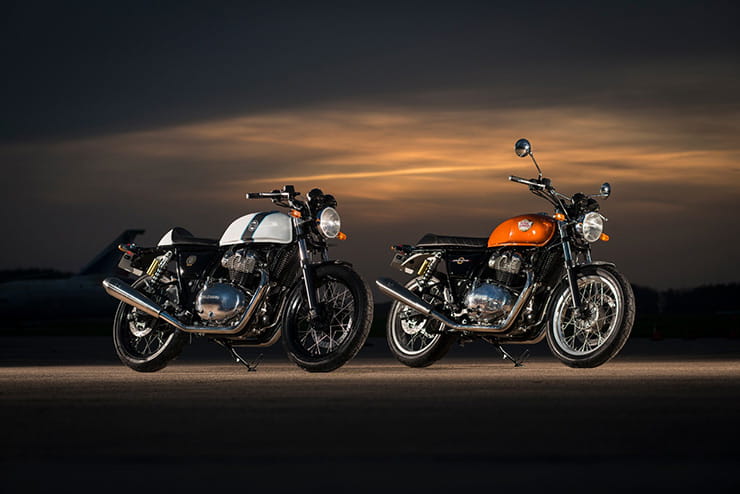 At the EICMA Show in Italy, a traditional British brand under Indian ownership for the last 25 years caused more than just a few ripples by announcing not only a brand new engine in the form of a 650cc, parallel twin-cylinder but also uncovered not one but two new mid-size bikes powered by the new motor; an Interceptor INT 650 and the Continental GT 650.

One a roadster, the other more of a café racer but both have the heritage badge on their tanks.

Ten years ago, Royal Enfield sold 32,000 bikes but at the launch of the two new-for-2018 bikes, the firm’s CEO, Siddhartha Lal, declared that the business expects to sell 800,000 motorcycles this year in India where the mid-size range (250cc – 750cc) is becoming far more accessible. It’s also where every Royal Enfield bikes are produced, in its Chennai base in Southern India. 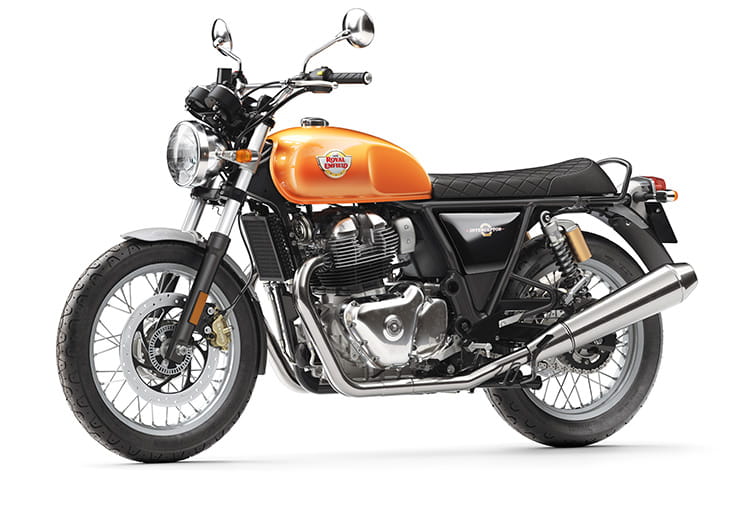 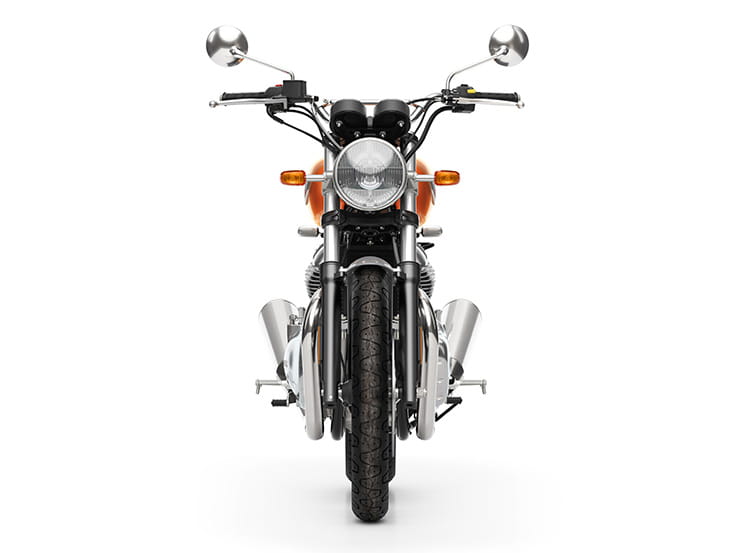 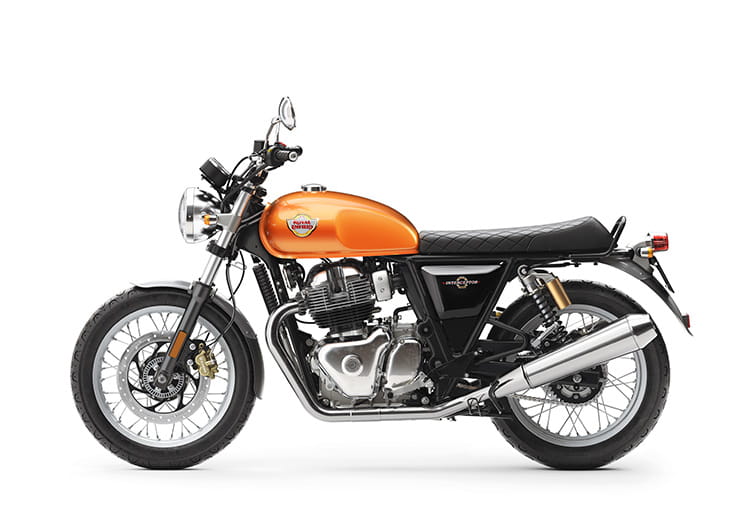 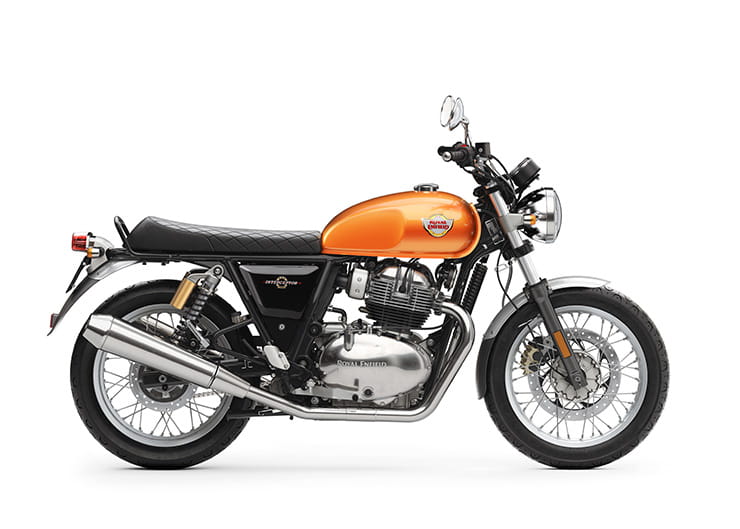 Old school character mixed with modern day technology and engineering seems to be a popular formula across most manufacturers recently and the Interceptor INT 650 is Royal Enfield’s version. A classic tear-drop shaped fuel-tank, quilted twin-seat and distinctive wide braced handlebars mixed in with a new steel-tube cradle chassis adds to the charm and poignancy of this model. Originally built for the American market, the bike became popular in California with the hippy/surfer set, and you never know, the same might well happen with this new engined yet retro-styled British icon.

18” front and rear Pirelli tyres and twin shocks, front and rear disc brakes with ABS are responsible for the ride quality coupled with a ground clearance of 174mm and a seat height of 804mm.

This new platform is a single overhead cam, 8 valve, air/oil-cooled, 648cc parallel twin, producing 47bhp and 52Nm and a six-speed gearbox, especially developed for this motorcycle, along with Royal Enfield’s first ever slip/assist cutch. The chassis has been developed from the ground up by the team at Royal Enfield’s Bruntingthorpe-based UK Technology Centre, and Harris Performance, also owned by the firm.

Mr. Lal said at the launch, “The Interceptor INT 650 carries forward the Royal Enfield legacy into the 21st century. While in its essence it retains the design and old-school character, it has all the underpinnings of a modern machine. It combines agility, usable power, excellent ergonomics and style in an unintimidating manner.” 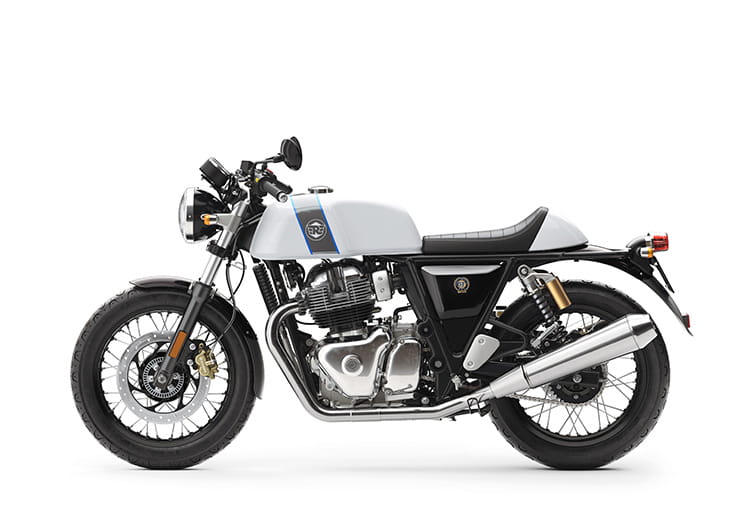 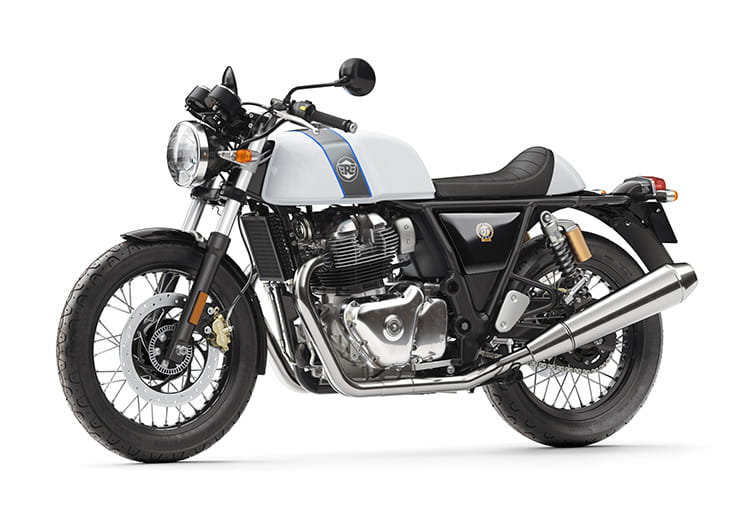 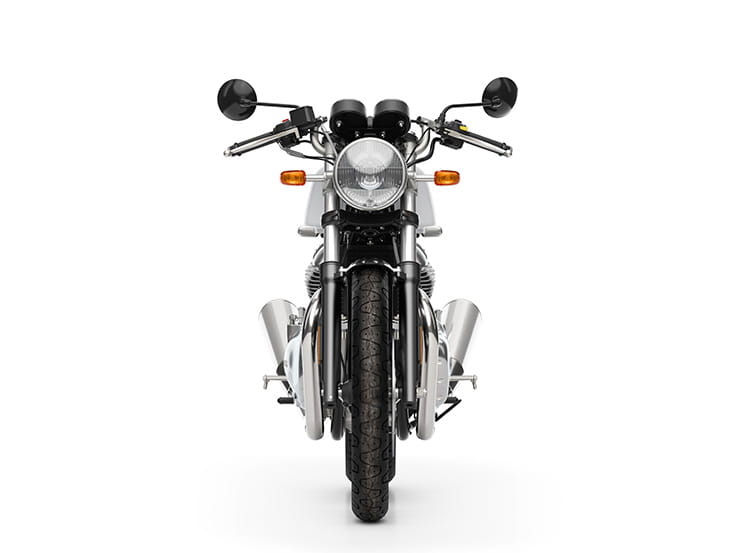 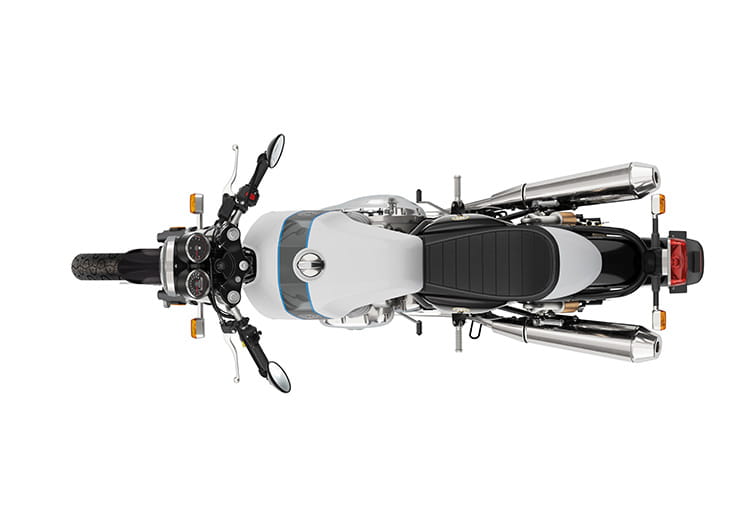 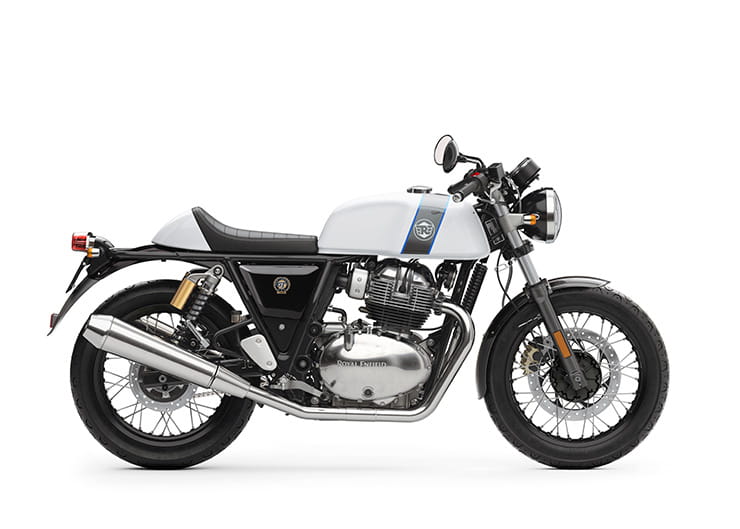 “All new” says the press release, “95% new” said Simon Warburton, Head of Product Development at the launch. Either way, it’s not just the old 2013 Continental GT with a new motor.

The same engine, chassis and running parts as its twin twin, the Interceptor INT 650, yet with a sportier stance with mid-level handlebars, upswept exhaust and rear-set footrests offering plenty of lean angle. A12.5L fuel tank capacity and the same disc brakes front and the rear with ABS as the Interceptor yet with a single seat, sculpted tank, and clip on bars offering a alternative look.

Rudratej (Rudy) Singh, President, Royal Enfield, said, “The GT has been an iconic motorcycle in Royal Enfield’s portfolio. Since its launch in 2013, the Continental GT has helped the brand strengthen its position in mature motorcycle markets across the world. In its new avatar, the Continental GT 650 is the absolute definitive cafe racer that will be loved by discerning riders across the world.”

Both bikes will be available in a variety of colours and optional extras have been developed to provide additional comfort, styling and protection and include chrome and stainless steel silencer slip-ons, acrylic fly-screen, single and twinseat cowls and soft canvas panniers.