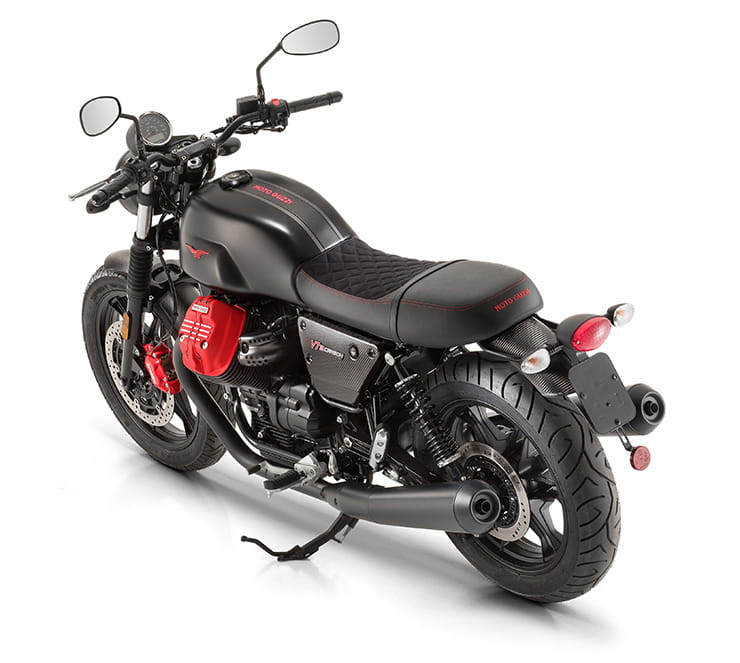 Since 1967, the Moto Guzzi V7 has arguably been the Italian company’s most iconic bike, and from 2009 it’s been the biggest seller for the brand.

Alongside the existing Stone, Special and Racer models are the Rough, Milano and Carbon. The 744cc transverse V-twin has an aluminium crankcase, pistons, cylinders and heads, the two valves on each pot being controlled by pushrods and rockers. Fuel injection is a single Marelli body, the motor producing 51bhp (38kW) @ 6200 rpm and 44lb-ft (60 Nm) @ 4900 rpm. A reduced power version for A2 licence holders is also available.

Continental ABS is standard, along with Moto Guzzi’s own traction control system, which is said to allow recalibration to suit a worn, or different profile rear tyre. 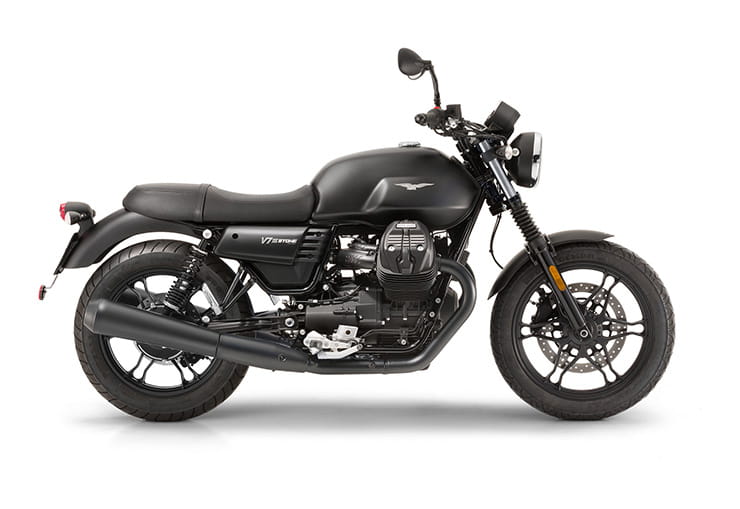 Designed without any chrome details, the Stone has alloy wheels and a single, round dash, as well as a shorter front mudguard. 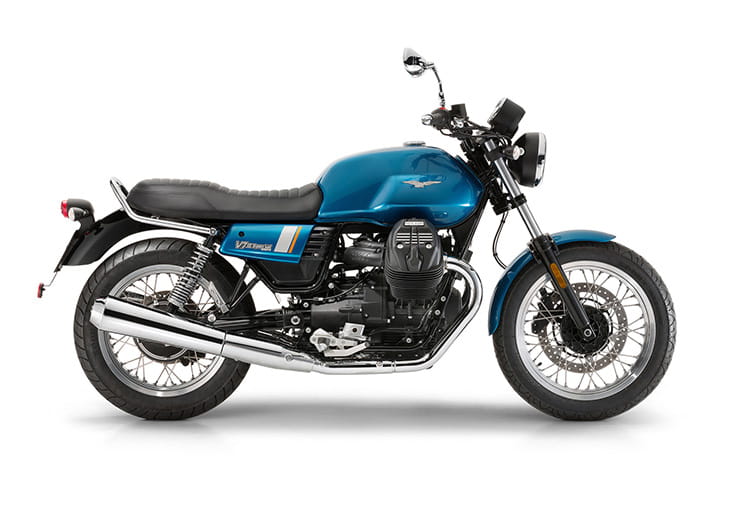 Based on the 1975 V750 S3, the Special is distinguished by the coloured stripe on the sides beneath the saddle, spoked wheels with polished rims and black hubs, a twin dial dash and chrome pillion grab rail. It also has a stitched saddle. 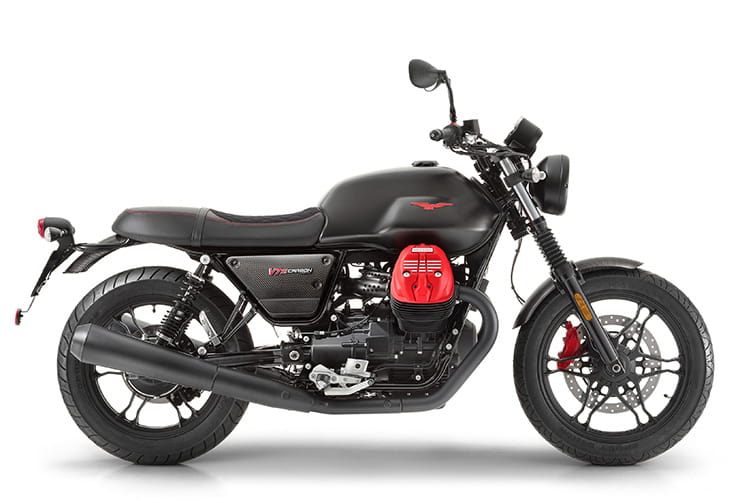 This limited-edition bike has various carbon-fibre parts, including shortened front and rear mudguards and side panels. The overall matt-black style is punctuated by red Brembo calipers, cylinder heads and tank badges.

The saddle has a water-repellent Alcantara cover with red stitching, as well as a locking anodised aluminium black filler cap, black headlight frame and injector covers. A unique numbered plate is fitted on the bar risers, with 1921 machines being built – the number chosen as it was the date Moto Guzzi was formed. 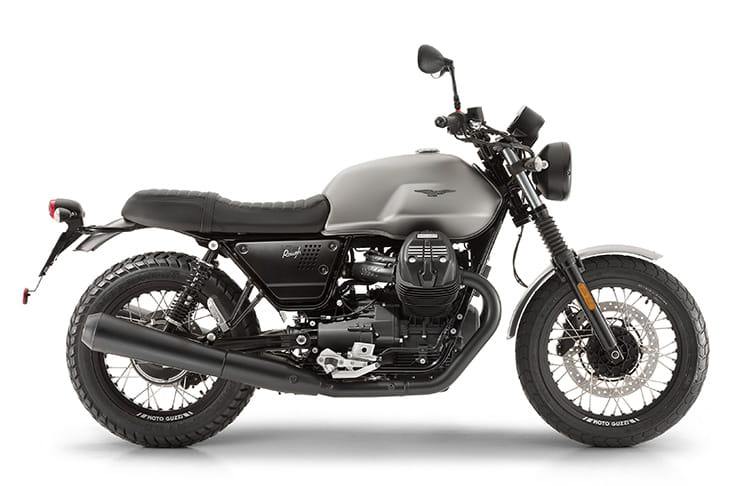 The Rough has spoked rims with knobbly tyres, along with its own stitched saddle and a passenger grab strap. The mudguards and side panels are aluminium, while the forks have dust covers. 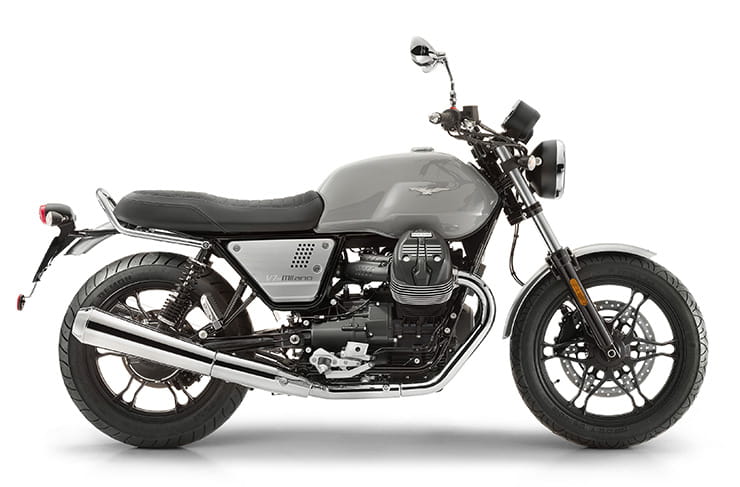 The Milano is designed for the city, with a dual-dial dash, chrome exhaust and pillion grab rail, gloss tank, alloy wheels and aluminium mudguards and side panels. 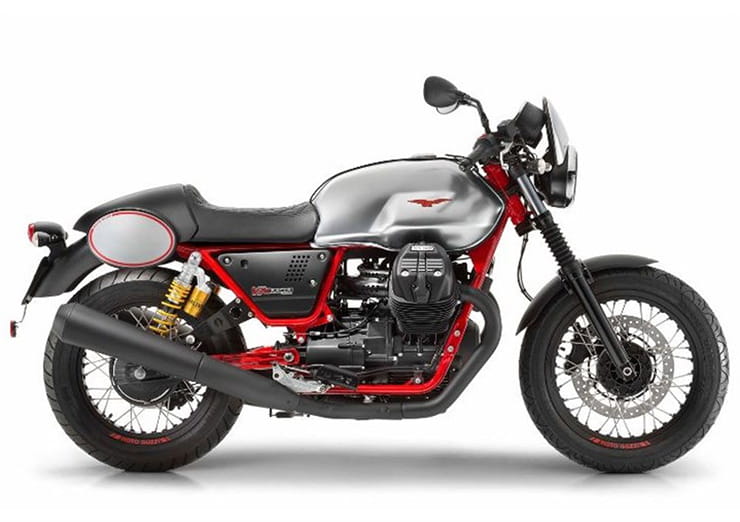 The Racer isn’t a limited edition, but there is a numbered plate on the top yoke. It also has a satin chrome tank, red frame and swing-arm, removable pillion seat cover and spoked wheels. The pegs are set back and the bars are clip-ons for a sportier riding position, with a pair of Öhlins shocks on the rear.