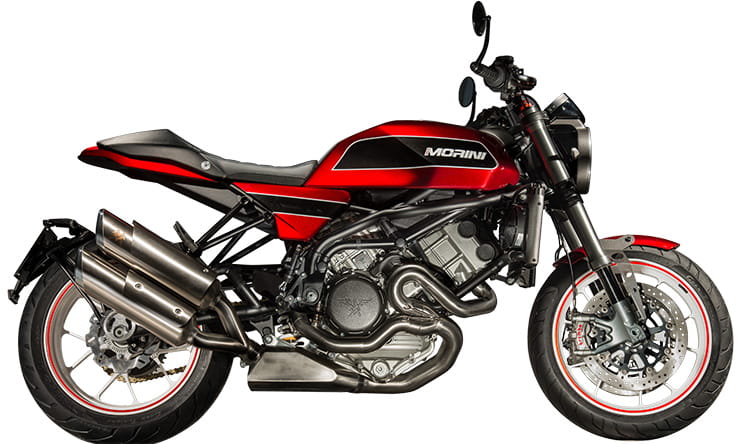 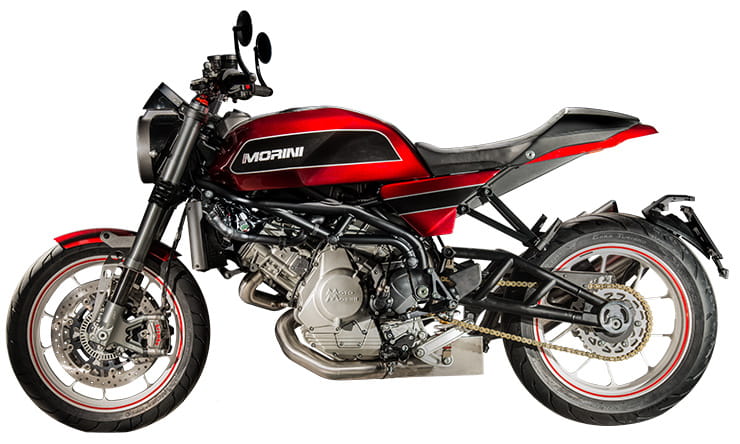 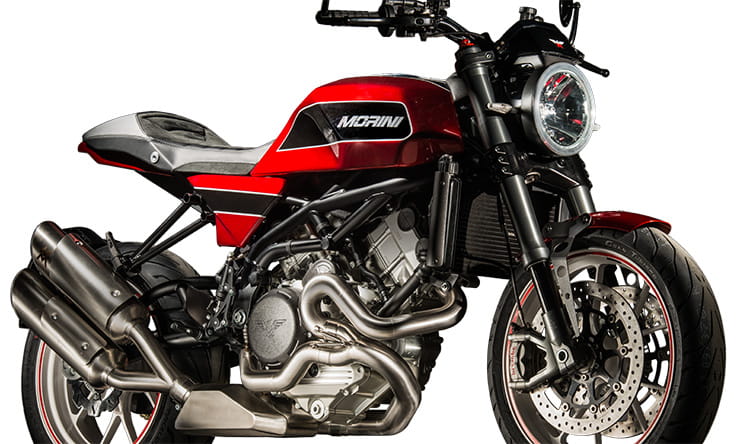 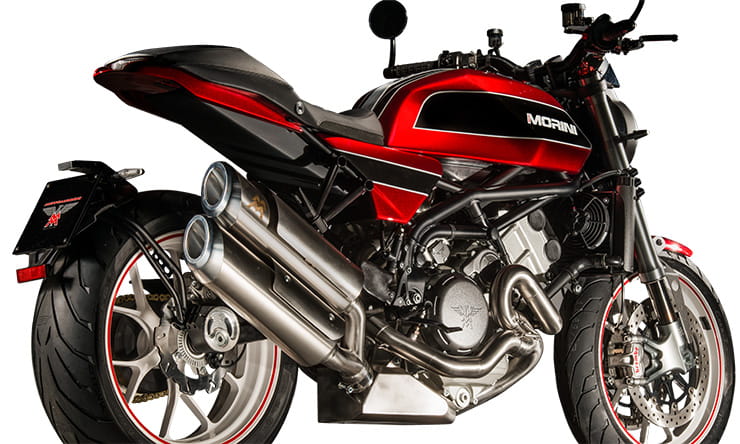 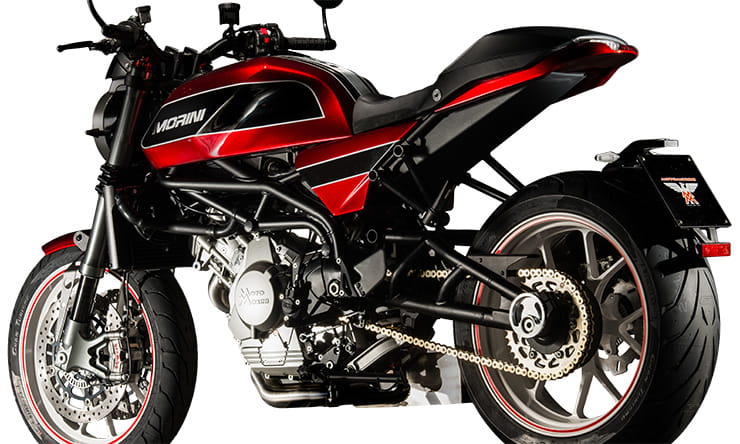 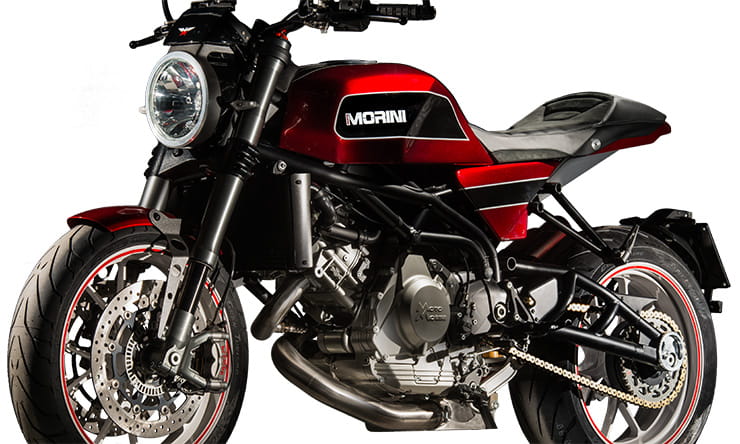 Moto Morini’s new Milano is described as the 3½ of today. Echoing the style of the iconic machine, it’s said to be 99% Italian; “Hand-crafted in the factory in Trivolzio with components and materials supplied by Italian companies.”

The 1187cc 87° V-twin ­– called the Bialbero 1200 CorsaCorta – has a new fuel injection system for what’s said to be a linear torque curve and peak power of 108bhp. The motor was designed by Franco Lambertini, the same engineer who in 1969 designed the 344cc V-twin that powered the 3½. 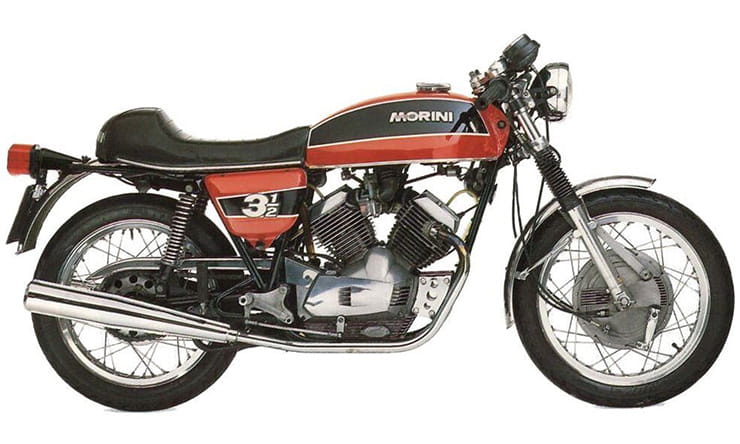 The new machine pays homage to the iconic 3½

The chassis is a steel trellis, as is the swing-arm, which is hung from a fully-adjustable shock designed specifically for Moto Morini. The 17” wheels – shod in Pirelli Angel tyres – are forged aluminium, with the front carried by fully-adjustable forks that have a pair of radially-mounted Brembo calipers, driven by a semi-radial master cylinder and biting 320mm discs. The Brembo 9.1 MP ABS can be switched off via a button on the bars, with a 5” colour TFT display taken from the Corsaro ZZ and dressed in redesigned graphics. 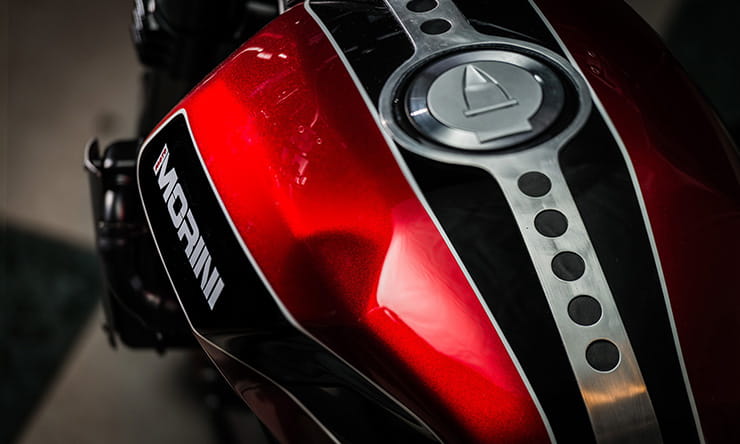 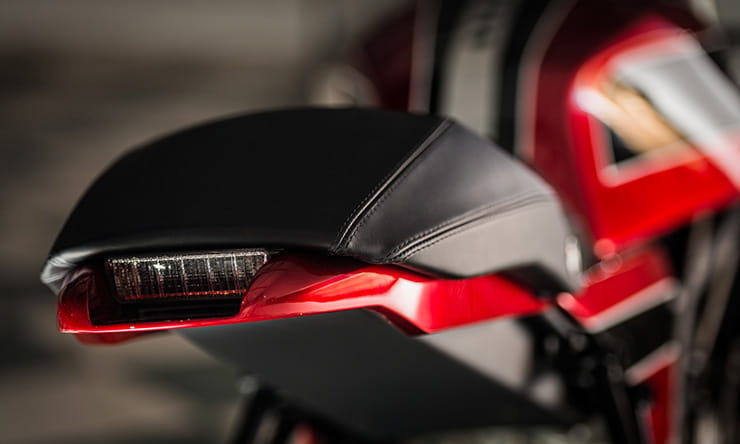 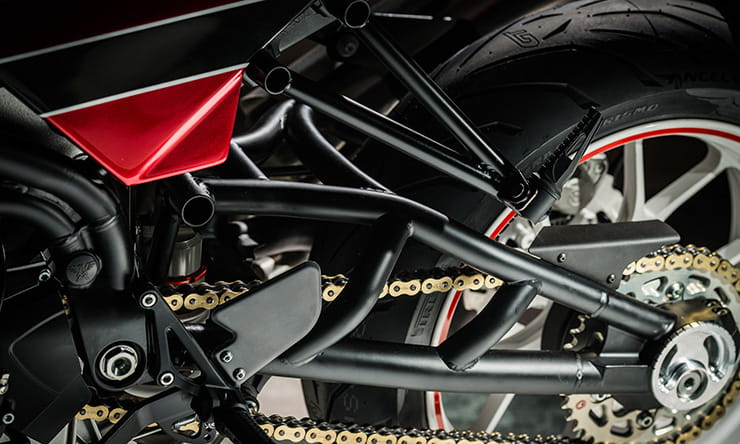 Described as a “very fast rider, a good mechanic and a skilled designer”, Alfonso Morini founded the company in Bologna in 1937. The 250 Bialbero, ridden by Tarquinio Provini, held the title of world’s fastest single-cylinder, while the 125 Competizione helped Umberto Massetti win the national title. From there, the 175 was developed, which rookie rider Giacomo Agostini chose as his first racing bike. 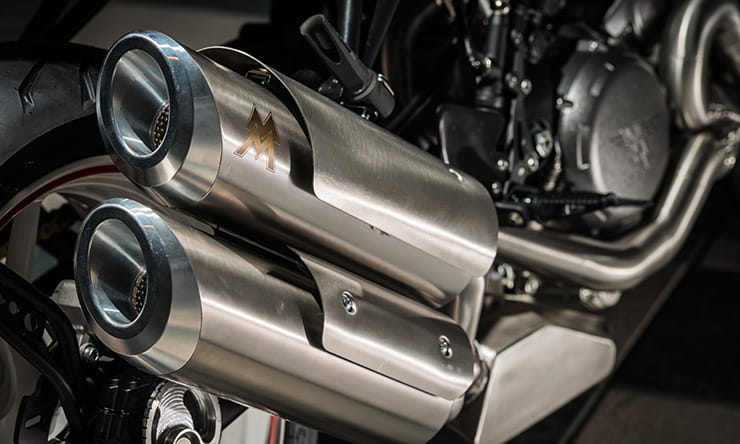 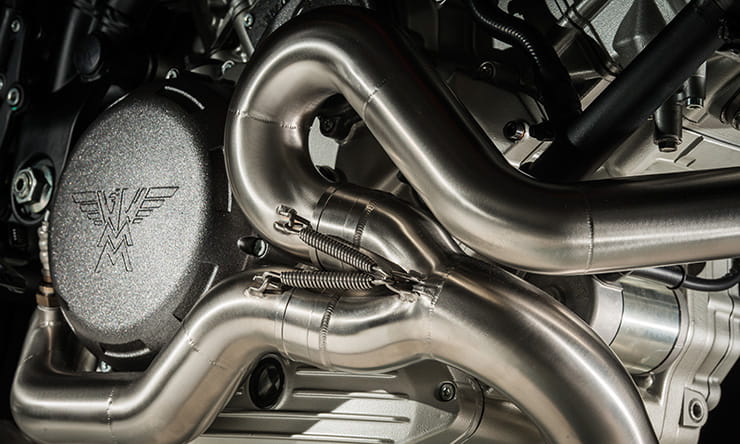 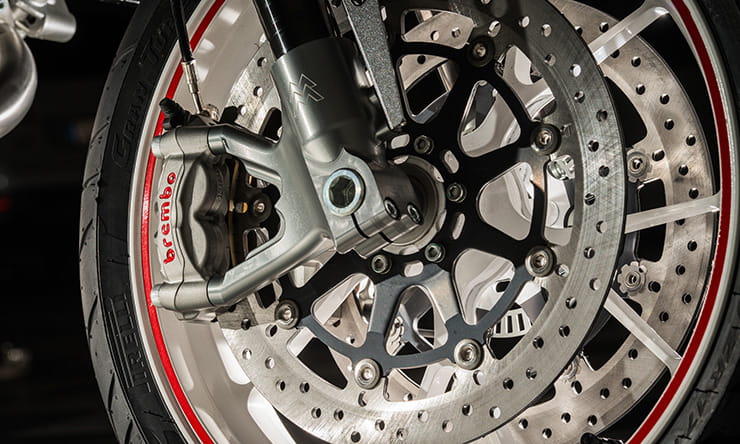 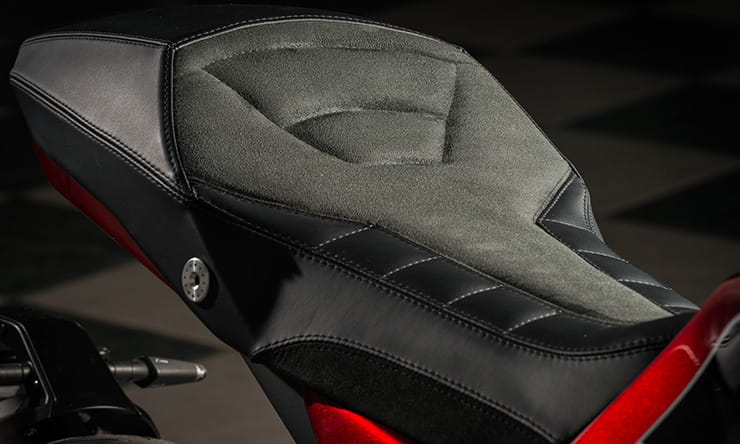 Now based in Trivolzio, between Milan and Pavia, every Morini is assembled by hand –starting with the engine – in a 3500 square-metre factory. Customers can make specific requests for their bike and follow the assembly process in person if they wish.