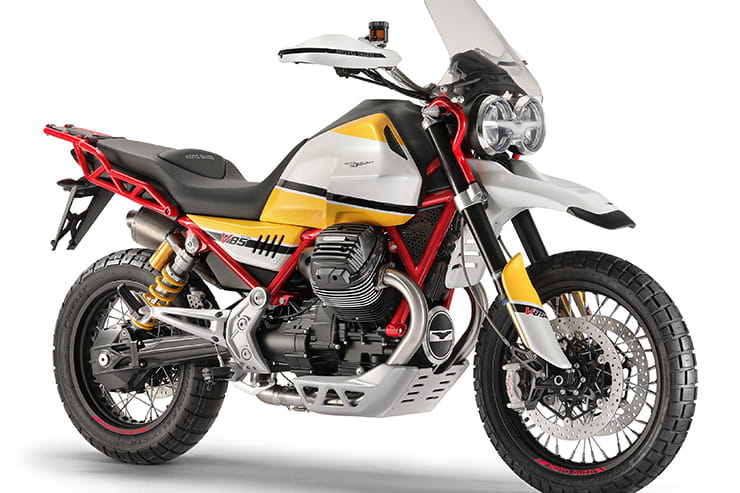 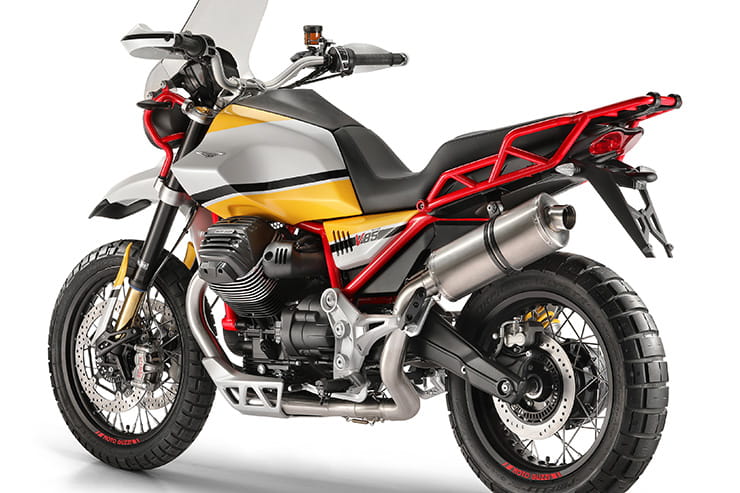 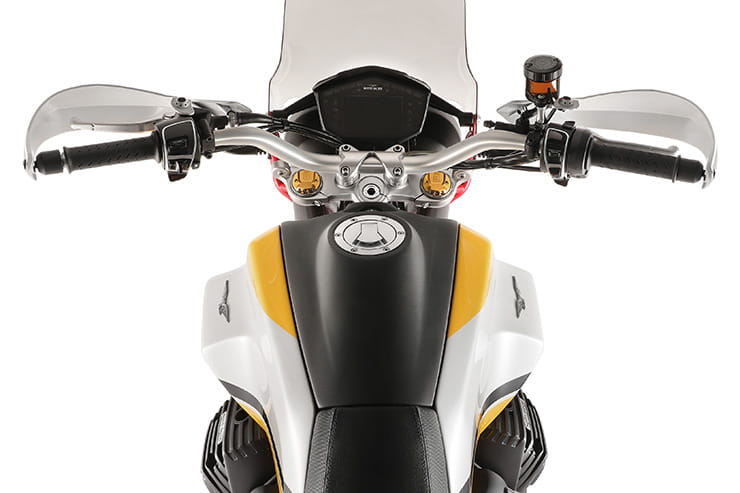 Designed to fit between the V7 and V9 family, and the 1400 cruisers, the V85 fills the gap left by the discontinued Stelvio. It’s said to recall the epic rally raids of the 1980s, and is intended for everyday rides and long-distances. It’s promised to be accessible to riders of all heights and experiences, with a narrow form to make it easy to move around on. There’s a fully digital dash, LED headilight with daytime running light and a high mudguard, while the frame is a completely new steel tube design with an asymmetric aluminium swing-arm and new shaft drive.

The 78bhp twin-cylinder V85 is “a non-comformist and innovative bagger that has shown how Moto Guzzi is capable of interpreting with its own personality the various influences proposed by motorcycle culture without ever betraying itself.”

The engine is new, being a 90° transverse, air-cooled 850cc twin that “announces itself as a classic for the near future, providing rewarding performance on every kind of route, as well as guaranteeing great character and the usual spectacular force at lower running speeds.”

Moto Guzzi says that this new machine represents the technical foundation for a new series of motorcycles – a family of medium-capacity machines covering various markets, with “strong character, generous performance and a style which is typically Moto Guzzi.”