British MotoGP stars of tomorrow set to race at BSB 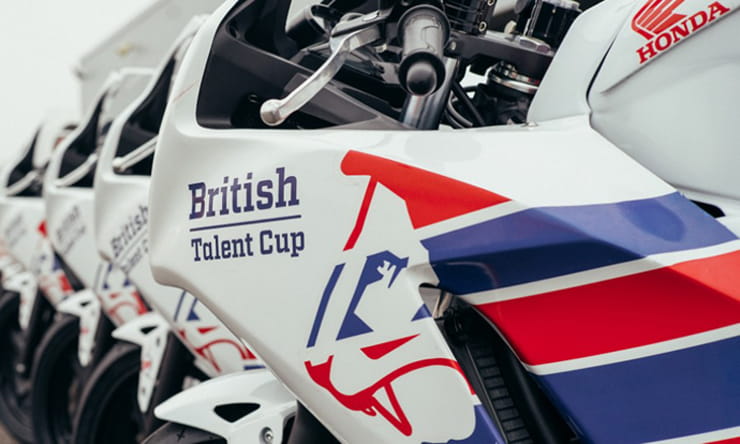 Motorcycle racing in the UK is on a high at the moment; Britain is well represented at the highest level in MotoGP, Jonathan Rea continues to boss World Superbikes and Shane Byrne & co. bringing crowds to British Superbikes, but this success needs to continue.

Last year Dorna, the commercial rights holder for MotoGP and WSB, made a commitment to help to grow and nurture the next batch of motorcycle stars by backing the British Talent Cup. That commitment looks to be gaining traction now as MSVR who promote BSB, have today confirmed there will be three classes of racing devoted to developing junior riders and teams.

The British Talent Cup will be present at three BSB rounds along with the two UK World Championship events that are MotoGP and WSB. All competitors will race equal spec motorcycles which run to FIM Moto3 rules.

Alongside the British talent cup is the HEL Performance British Motostar Championship, and this continues to be split into two classes with GP and the Honda-powered Standard divisions, and will take place at nine BSB events comprising 18 championship races.

BSB Series Director, Stuart Higgs had this to say, “The British Motostar Championship, whilst reduced in the number of championship events, does allow for some budget relief, is still our reference series with prime race event billing, live television coverage and exceptional grids.” He said. “I’m very proud that both 2017 champions are moving to the next phase of International Talent Series promoted by Dorna.”

The final development class on offer next year is the revamped British Junior Supersport Championship, which has evolved out of the KTM RC Cup series. The championship is following on from the success of the Supersport 300 World Championship and means that KTM will be joined by the likes of Honda, Kawasaki and Yamaha. Harvier Beltran, Team Manager Honda UK, is excited by the move, saying. “We welcome this new category to the BSB platform. The Honda CBR500R has already shown its pedigree with two wins and a podium in the 2017 Supersport 300 World Championship and we are looking forward to this new opportunity to nurture our home grown talent.”

The BSB season kicks off on the 31st April at Donington Park. For more information head to www.britishsuperbike.com.