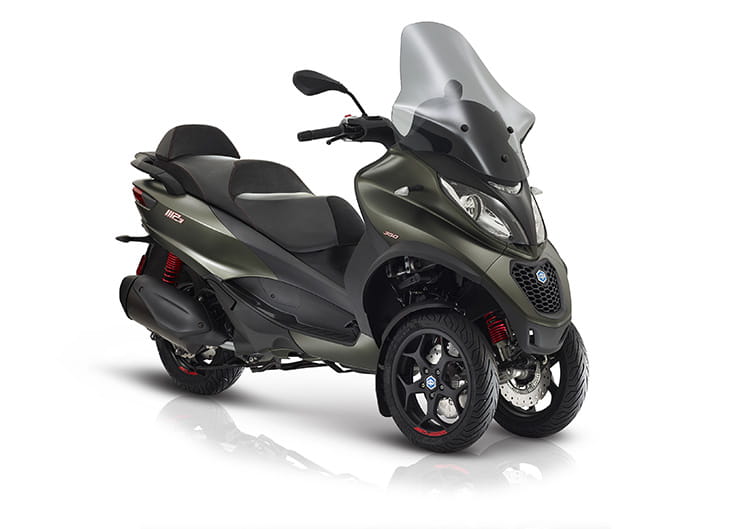 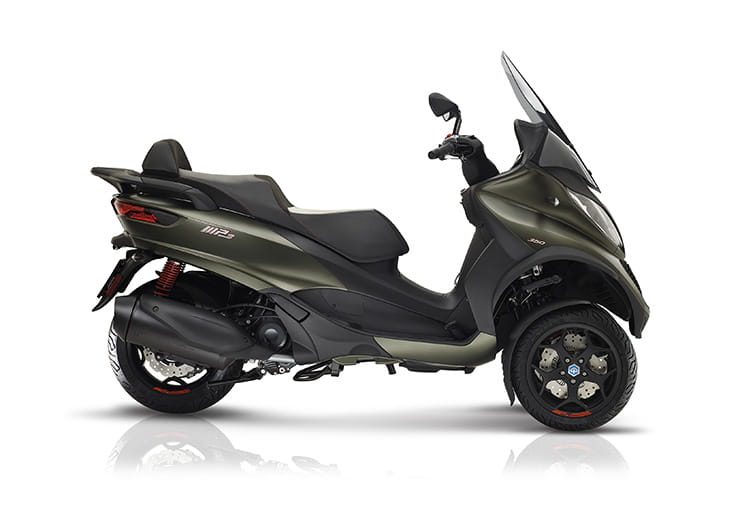 The MP3 was the world’s first three-wheel scooter, designed to offer the convenience of a large scooter with the extra safety and stability of a patented suspension system that supports a pair of front wheels, and can be ridden with a car licence. 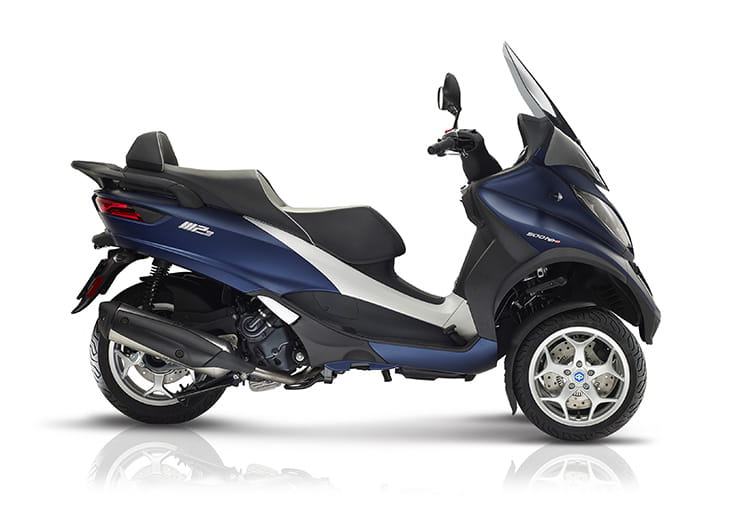 The 350cc motor replaces the existing 300, while the 500 has around a 10% increase in performance. Both bikes have Continental ABS and switchable traction control, with 13” front wheels that independently tilt on aluminium linking arms, and can be locked off when at a standstill, eliminating the need to put the stand down (though there is one). The lock releases when you pull away or press a button on the bars.

Both machines have a new windscreen, saddle and styling, while the Business version of the 500 has a TomTom Vio sat-nav as standard, and the Sport has new rear shocks. 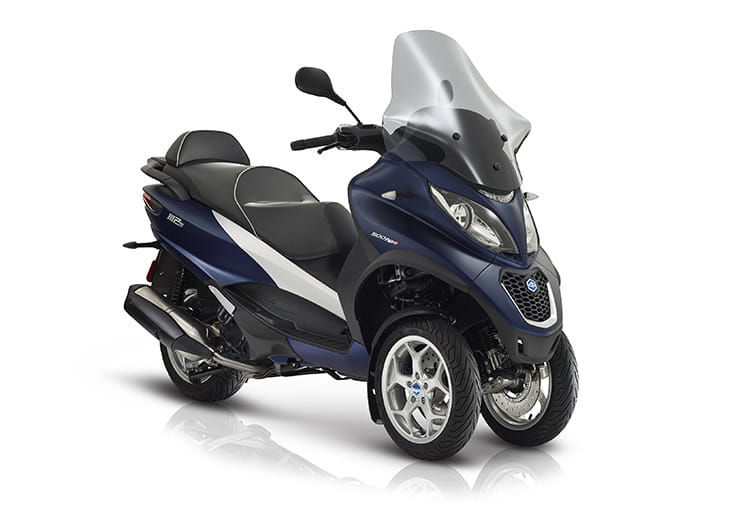