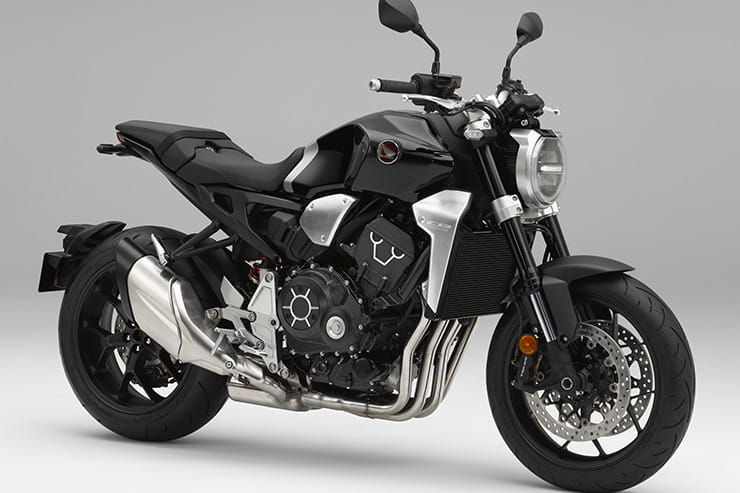 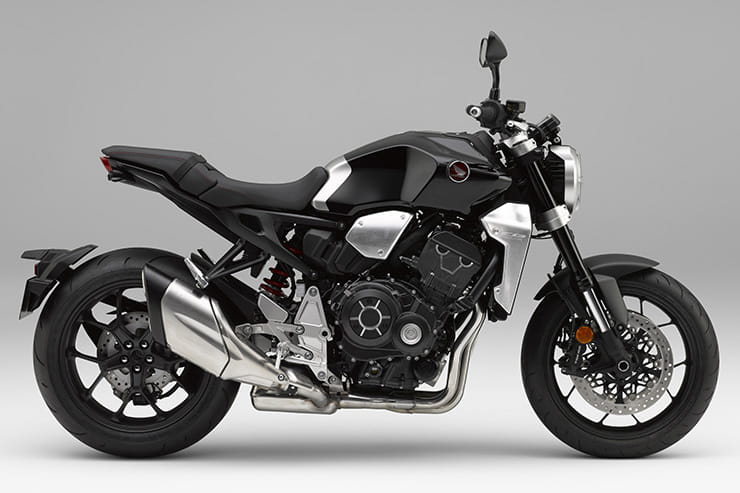 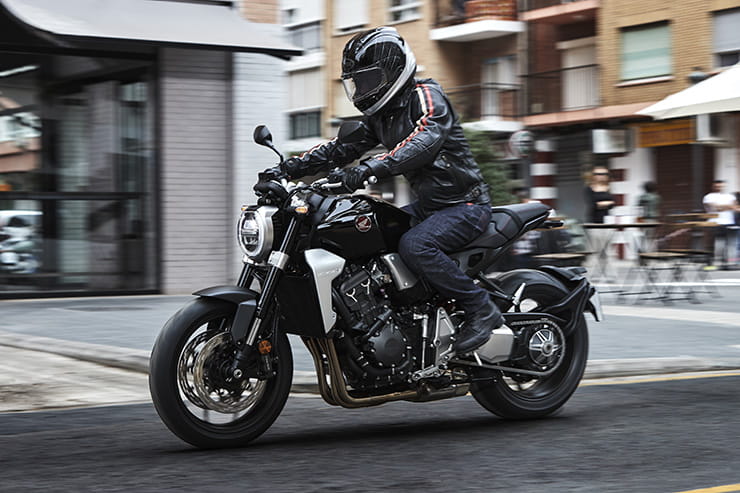 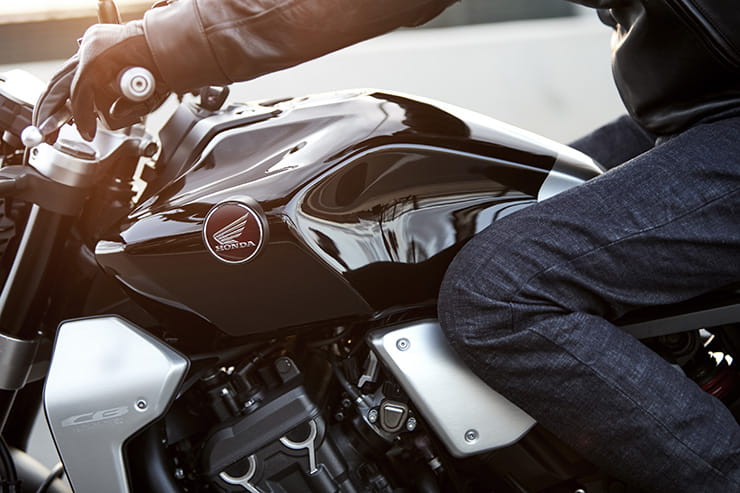 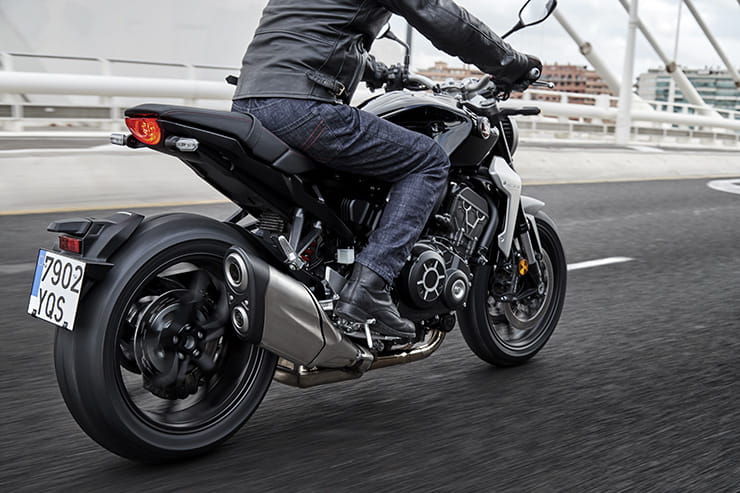 Leading Honda’s ‘Neo Sports Café’ range of bikes, which includes the CB125R and CB300R, the new CB1000R is a complete relaunch of the existing machine.

Torque is up 5% through the middle of the rev range, and thanks to the 4% shorter gearing, the CB1000R accelerates faster than the CBR1000RR; in the first three gears, up to 80mph, it’s claimed to out-drag the supersport machine!

The 998cc DOHC four-cylinder engine has a ride-by-wire throttle and three preset riding modes (Rain, Standard and Sport), plus one User mode that can be used to adjust the three levels of power, engine braking and traction control (which can also be switched off).

The motor’s carried in a new mono-backbone steel frame with aluminium swing-arm pivot plates. The wheelbase has grown by 10mm to 1455mm, but the swing-arm is 14.7mm shorter than before, at 574.2mm – with all that performance, this thing is likely to be quite happy to lift the front wheel.

The tapered aluminium bars are 12mm wider and 13mm higher than before, which – combined with the 5mm taller, 830mm seat – is said to give a more relaxed ‘natural crouch’ riding position.

Despite the weight saving, Honda says that only six exterior parts are made of plastic, the largest of which is the mudguard. The radiator has a burnished aluminium shroud, as does the air-box, while the engine cases, cylinder head and sprocket hub are all machined.

“At Honda, our intention is always to look to the future and to be ready to lead,” said Uchida-san, Large Project Leader of the 2018 CB1000R. “Hence, as the Naked sector’s requirements mature, we knew that we had to go much further than giving the new CB1000R a boost in real world performance.

“Customer expectation and interests are about much more than just ‘how fast?’. We wanted to build in not only exhilaration and emotion to each experience of the CB1000R, but also real pleasure in owning, and showing off, such an individual machine. So we travelled in a new direction and are very proud of the result – both when out on the road and when admiring it in the garage.”

The front forks are adjustable Showa Big Piston units, along with a fully-adjustable Showa rear shock. The twin 310mm front discs are grabbed by a pair of four-piston radially-mounted calipers, while the rear is a twin-piston unit wrapped around a 256mm disc.

A CB1000R+ version will also be available, with a quick-shifter, heated grips, metallic fly screen and seat cowl, front and rear mudguard panels and a radiator guard.