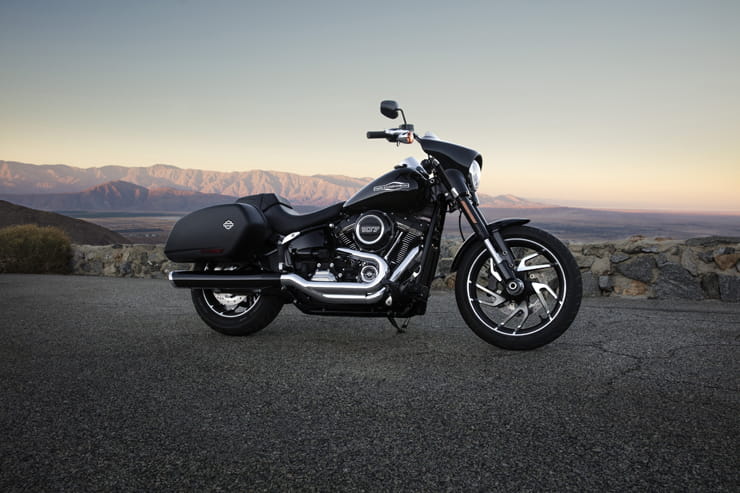 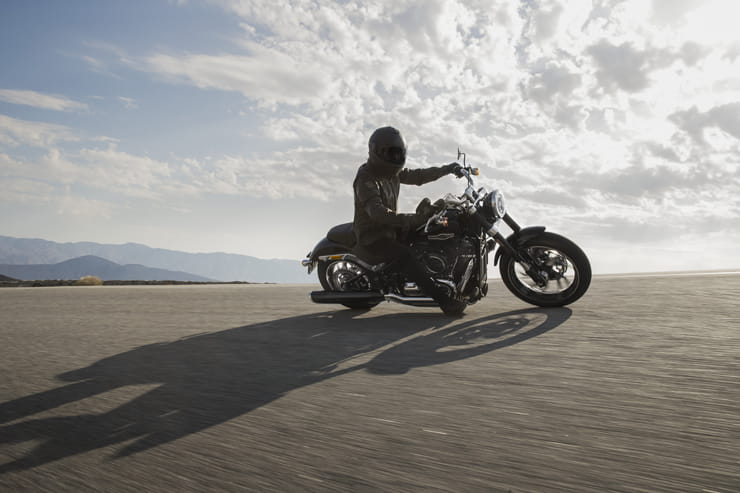 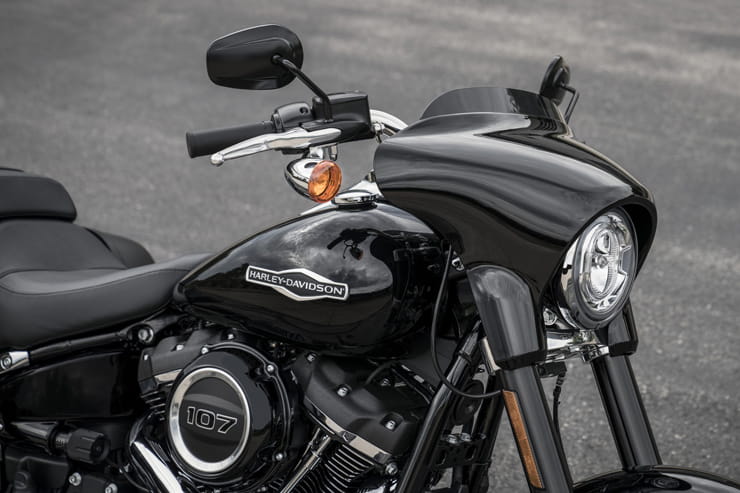 Harley-Davidson has released information relating to its new-for-2018 Sport Glide, which the Milwakee factory states has the ‘most advanced frame’ the company’s ever offered.

Two variations of the bike were ridden onto the Harley stage at the recent Milan Motorcycle Show by none other than 6-times British Superbike Champion, Shane ‘Shakey’ Byrne and Guns N’ Roses guitarist, Gilby Clarke.

The new chassis is said to make the bike lighter (at 304kg it’s all down to your definition of ‘light’) and more nimble than previous H-D models.

To back this up the Sport Glide gets upside-down forks and a rear mono-shock that includes preload adjustment. Braking, for such a big bike, is taken care of by a single disc on the front and rear. 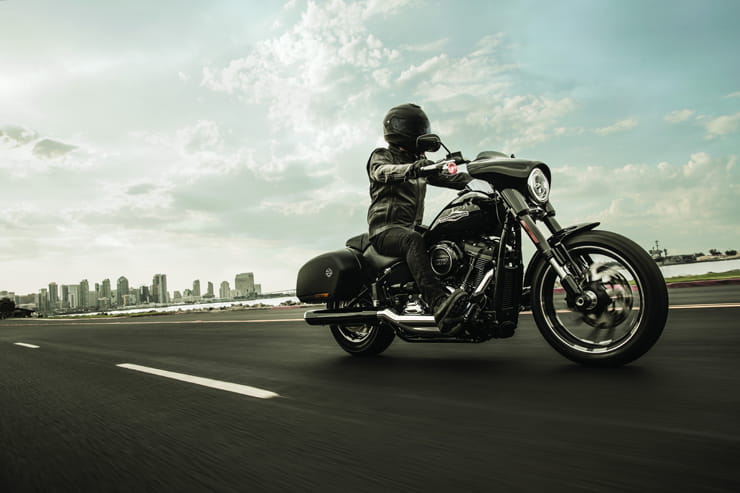 The Sport Glide sits in the H-D range as a multipurpose motorcycle that allows somebody to ride on their own or with a pillion. It also comes equipped with paniers that are claimed to be quickly and easily removed without the need for tools. The paniers, or ‘saddle bags’ as H-D refer to them, have a 25.5 litre capacity so do look as though they could handle enough cargo for a couple of nights camping out while rustling cattle in the mid west-midlands. The two-up potential remains to be seen as the pillion seat, although larger than the Street Rod’s, doesn’t look to be very big – the addition of a factory option sissy bar should help your passenger stay comfy and also means more luggage can be carried if you opt for the Tour-Pak luggage rack. 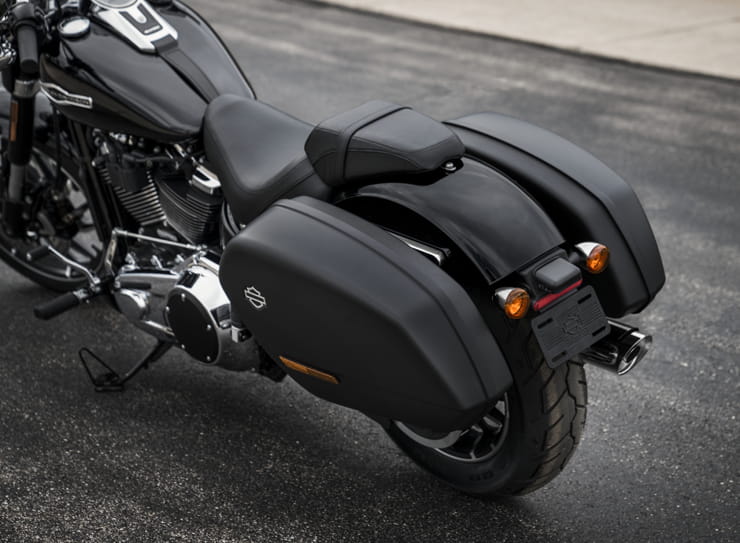 Up front the bike has a split personality with a quick-release front fairing that looks like a scaled-down version of the Batwing fairings seen on bikes like the CVO Street Glide. The fairing can be quickly removed for a more wind-in-the-face experience, or left on to offer the rider some protection from the elements. Overall the styling is quite dark and moody with black mufflers, engine casings and front fender (mudguard to you and me) and black ‘Mantis’ wheels.

The engine in the Sport Glide is the Milwaukee Eight 107 cubic inch (1754cc), and although no official power figures are released, expect it to make in the region of 100bhp. H-D does state that the bike makes 145Nm (107lb-ft) of torque and that it drives through a six-speed gearbox with Cruise Drive – they mean cruise control. 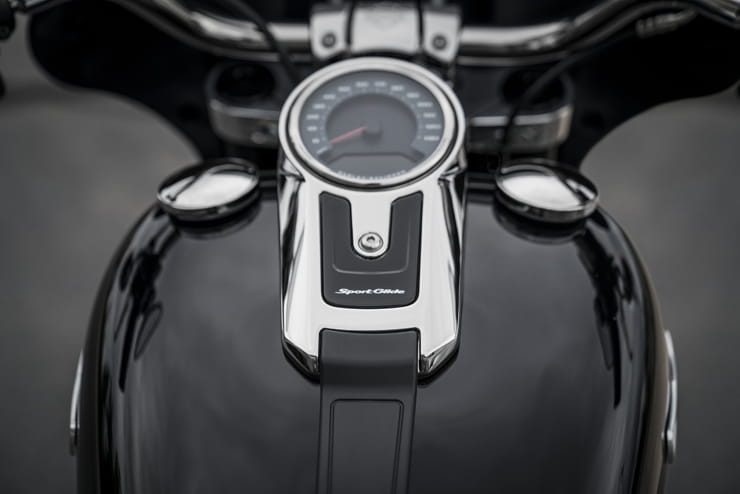 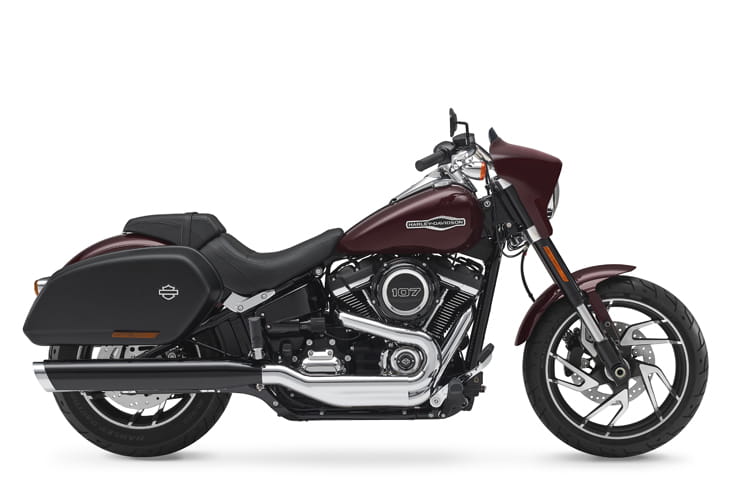 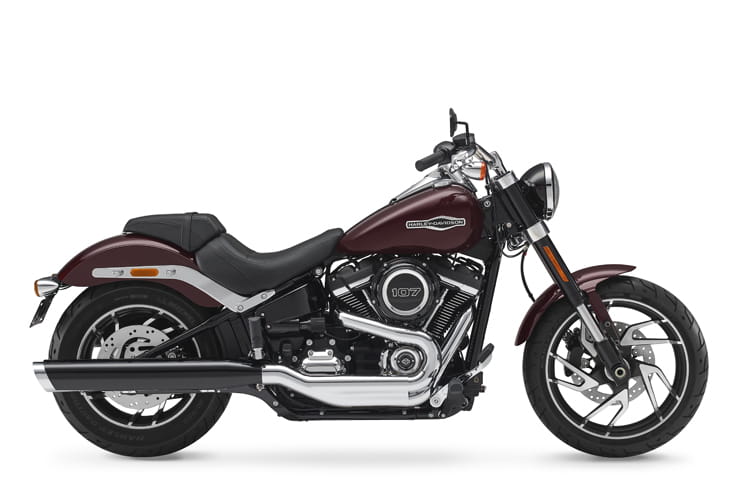