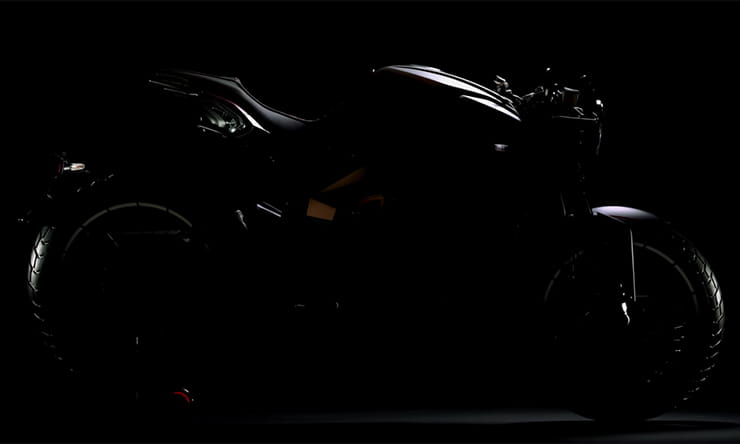 Just two weeks ago, MV Agusta, the Italian brand renowned for his delectably delicious and super sexy motorcycles, dropped the biggest hint of their next motorcycle, telling us via a YouTube video (below) that the model would be called ‘RVS’.

BikeSocial has it on very good authority from a trusted insider that the new machine will not be a Scrambler or indeed any form of on/off road bike, despite reports elsewhere to the contrary.

In fact, the bike in question will be a converted Dragster modified in a Café Racer style with clip-on handlebars, a new round headlight and a job lot of ‘Special Parts’ – the name given to MV’s own official accessories range. The new MV Agusta will be limited to just 150 units and priced around €30,000 (c.£26,000 according to today’s exchange rate).

The YouTube teaser video has received over 25,000 views in the two weeks since it was launched and it’s easy to spot the donor bike. The base model 3-cylinder, 798cc, £11,500 Dragster has been the catalyst for the RR, RC and mulit-Formula One champ Lewis Hamilton’s own RR LH44 model while RVS, stands for ‘Reparto Veicoli Speciali’, or Special Vehicles Operations in English.

Giovanni Castiglioni took over MV Agusta in 2007 from Harley-Davidson and hasn’t been short of headlines about his business since, good, controversial or bad; from investing in the three-cylinder project to quadrupling production, pumping €19m into R&D and creating a partnership with Mercedes-AMG. Indeed, Castiglioni has also confirmed recently that the new four-cylinder platform will be shown at the end of 2018 and it appears as his company’s financial difficulties are behind them after an Italian court permitted a restructure of the business and debts owed earlier this year.