Harley-Davidson's Street range gets tough with the £6,745 Street Rod 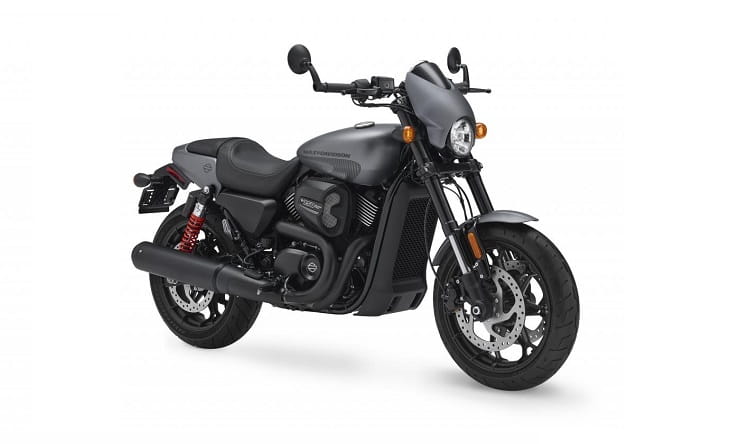 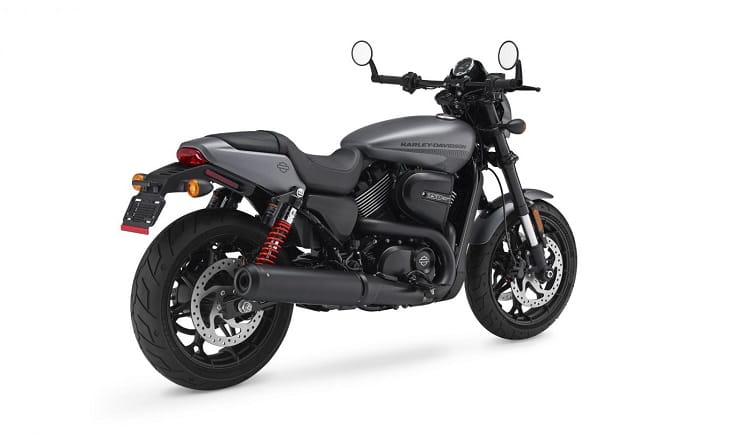 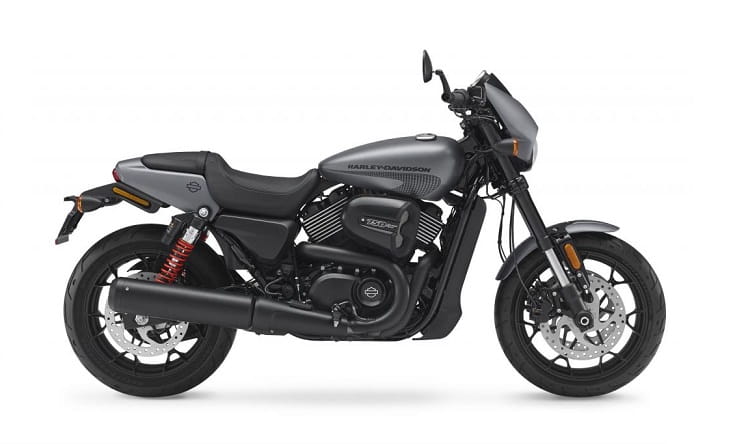 Specifically designed for those new to riding, the Street Rod takes the successful Street 750 as its base and adds more brawn! The bike is 100mm shorter than the Street 750 and seat height is raised 40mm. The tail unit is new with an upswept and pinched unit doing away with the Street 750’s more classic-style rear fender. All this gives the Street Rod a distinctly taller and aggressive stance. Dark aesthetics echo the silhouette of other bikes in Harley-Davidson's growing Dark Custom range.

Handling and braking are also improved. Street Rod is gifted with a steeper rake angle (now 27°) upside down forks and remote reservoir adjustable rear shock absorbers. Braking is taken care of by twin piston dual calipers at the front (the street 750 has a single disc) and a twin piston caliper at the rear. ABS is naturally standard fitment. Chassis and suspension upgrades mean the Street Rod is capable of more lean angle than its brethren further adding to the bikes performance credentials.

The changes with the Street rod are more than skin deep.  A tweaked version of the Street's engine is in place and known as the High Output Revolution X V-Twin. The compression ratio has been upped to 12.0:1 up from 11:1, and Mikuni Twin Port Fuel injection, plus other internal changes, peak torque goes from 59nm to 65nm. Mathew Weber Harley-Davidson Chief Designer had this to say as news of the bike broke. “The Street Rod’s new High Output Revolution X 750 has got hot cams, gas-flowed heads, more compression and a higher redline” The Street Rods power peaks at 8,750 rpm and the bike produces 20% more power than the Street 750. He went on to say: “It gets your attention. And we wanted a chassis to match - sharp handling and aggressive, perfect for urban cut-and-thrust and canyon carving. Its attitude and the relationship between seat position, rearset foot-pegs and wide handlebars put the rider fully in control. The fact the Street Rod looks so good – and very close to our early sketches – gives us all a real charge too!” 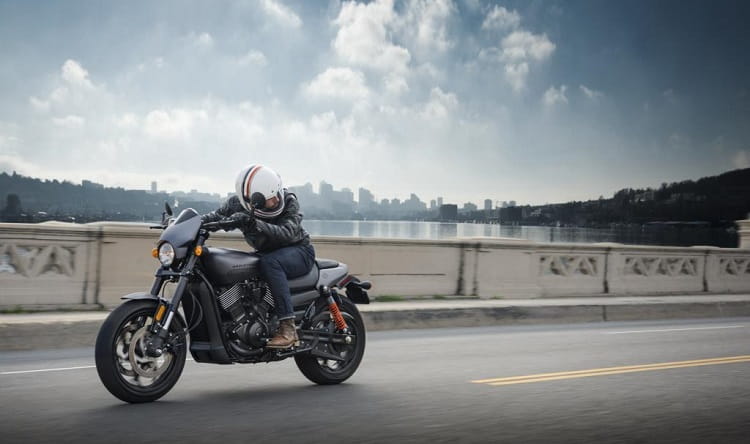