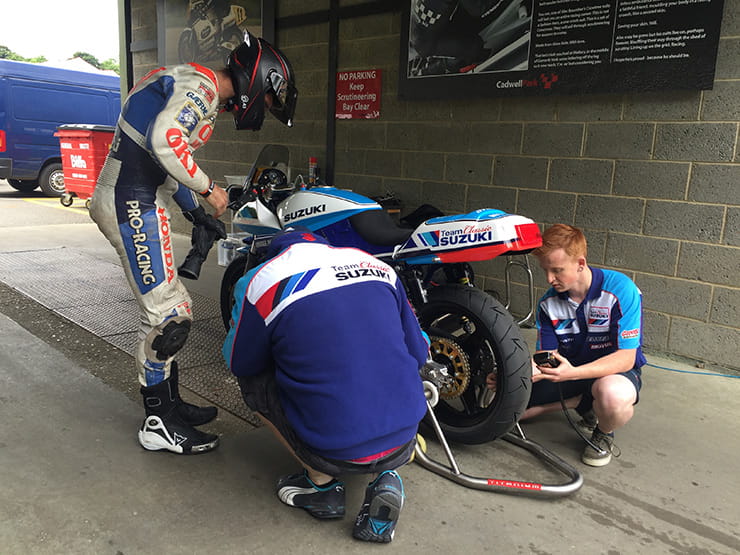 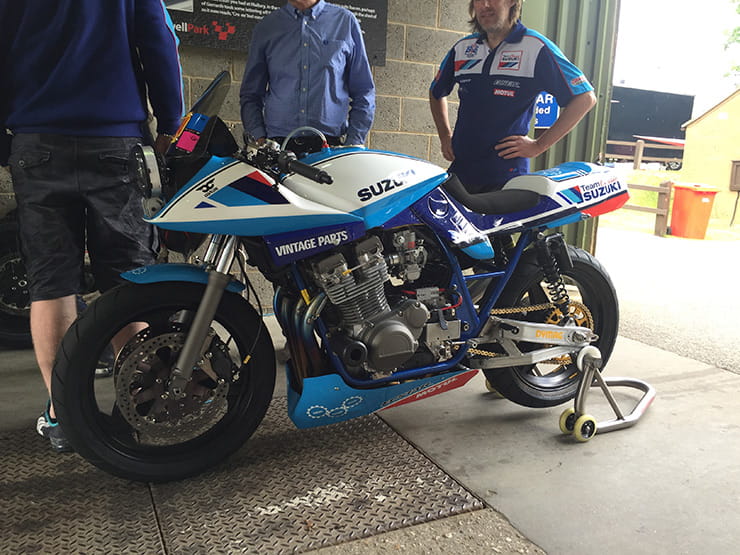 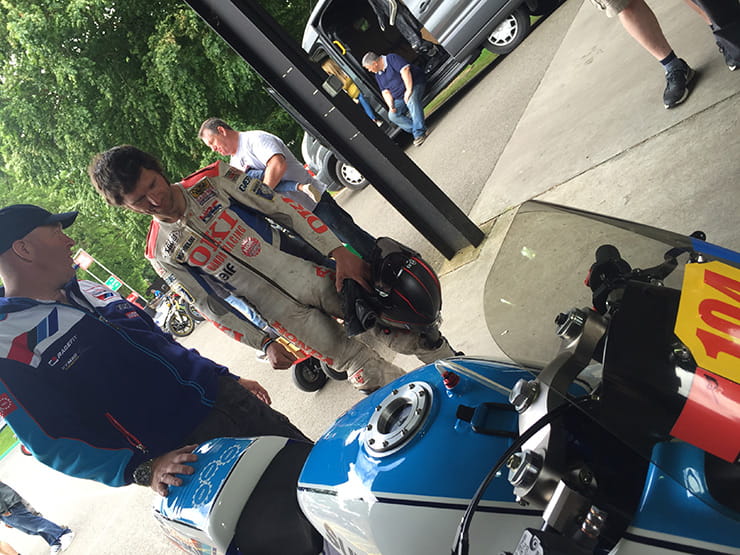 After a shake-down test at Cadwell Park’s annual Classic Bike Track Day yesterday, Guy Martin has now been confirmed to race the Team Classic Suzuki Katana in the four-hour endurance at Spa this weekend.

TV and TT-star Martin will be joined on Suzuki’s Vintage Parts-supported machine by former British and European Flat Track Champion, and fellow Lincolnshire-man, Pete Boast, for the four-hour Spa Classic which starts on Saturday, 1st July at 20:00.

An insider close to project told BikeSocial that Martin is also building a spare engine to the same spec as the one in the bike having bought himself a GSX1100.

Having endured a difficult opening round to the European Classic Endurance series at Donington Park, with Jamie Whitham crashing out of contention on the opening lap. The GSX1100SD Katana’s open carbs scooped up some gravel during the incident meaning internally it suffered some damage and that engine required rebuilding. 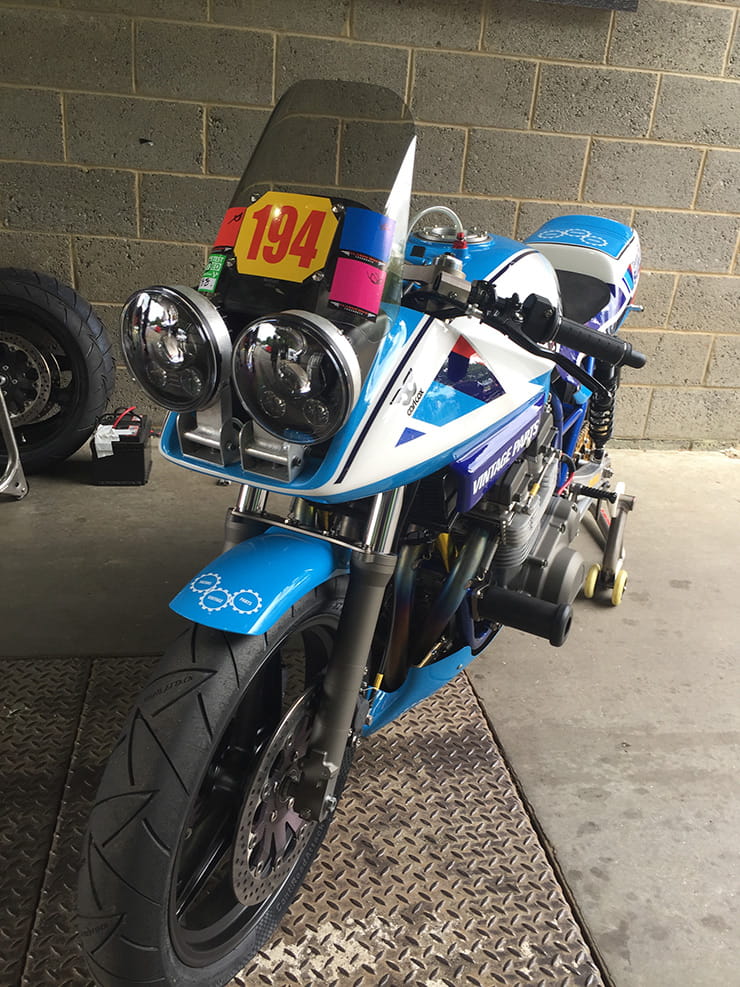 Martin spent a successful part of his racing career with Suzuki, steering GSX-R machinery to victory and podium finishes at the Ulster Grand Prix, Oliver’s Mount, and the Isle of Man TT.

Team Classic Suzuki team principal, Steve Wheatman, said of Martin and Boast’s inclusion in the team, “We’re really pleased to be welcoming Guy and Pete to the team for this round of the Classic Endurance series, both have strong links with Suzuki and both love their classic racing. The Spa Classic is an excellent event that is well-known across Europe. It’s always well-attended, with plenty going on alongside the four-hour race for fans to enjoy. But of course, the four-race is why we’re going, and after the disappointment of Donington we want a good result. I also want to thank Pete Littlewood from B&B Motorcycles for his help and involvement in the project, and we’re looking forward to being a part of such a special weekend.”
Recommended articles