Some of the greatest racing stars from motorcycling GP’s golden era, including ‘Fast’ Freddie Spencer, Wayne Gardner and Britain’s own Niall Mackenzie, will be among the star biking attractions at the Silverstone Classic this weekend (28-30 July). 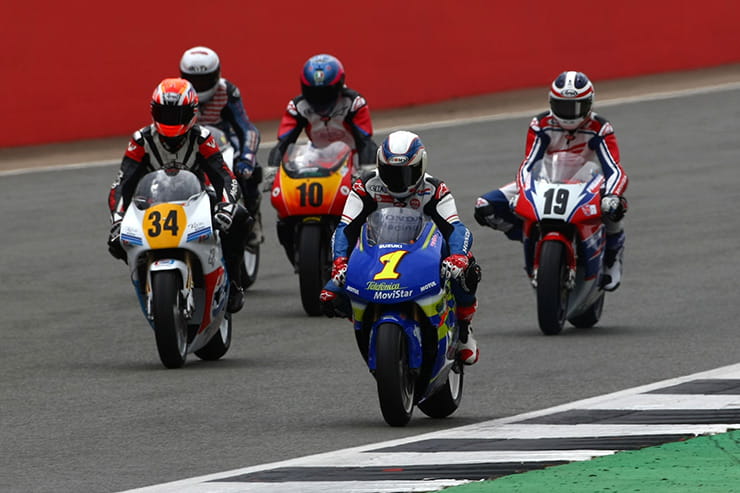 The Silverstone Classic takes place at the famous Northamptonshire circuit between July 28th and 30th and has grown to be what’s now claimed to be the ‘World’s biggest classic motor racing festival’. With over 10,000 classic cars, racing including historic F1 and vintage sports cars, concerts, family fun zones, shopping villages and more it’s a huge motoring event – albeit one focused mainly on classic cars. 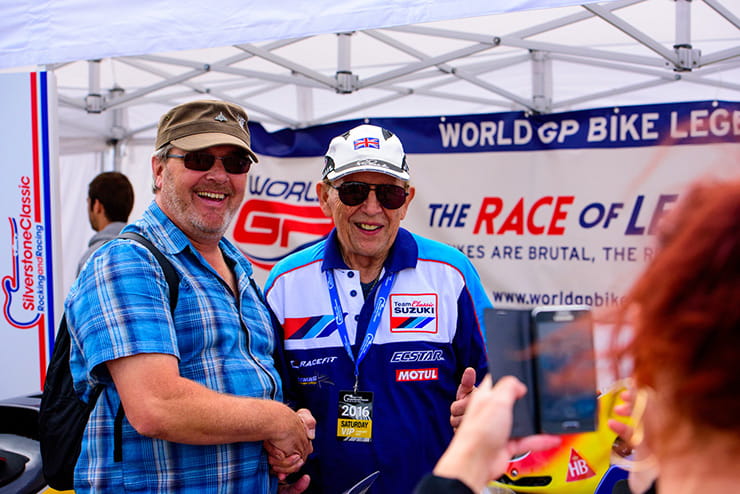 World GP Bike Legends first attended last year and return to headline the motorcycling activity with an expanded line-up of star riders, including Niall and Phil, and both classic and modern machinery.

Read and Mackenzie will be among a total of 10 bike racing greats taking part in a demonstration on the full circuit on Saturday morning. They will be riding a combination of fiery two-stroke 500s from the ‘80s and ‘90s along with some new Yamaha YZF-R1s painted in evocative period liveries. The names of the four remaining GP greats are to be announced shortly.

As well as viewing the demo laps visitor can get up close and personal to the riders and machines for autographs and photos as free paddock access comes with all tickets. The World GP Bike Legends will be based adjacent to the Ace Café in the National Paddock. 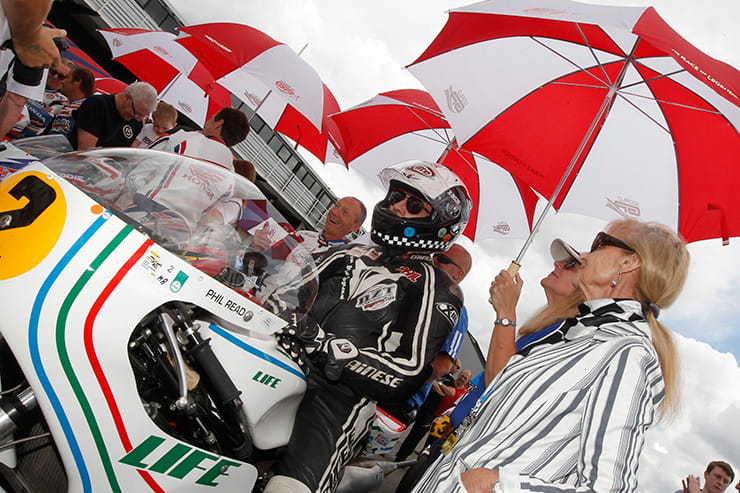 “These two-stroke 500cc bikes are exceptionally special to ride and produce a unique sound,” remarked Gardner who this year celebrates 30 years since his world title success. “We are honoured to have both Phil and Niall joining us at Silverstone. They are two of the biggest names in British bike racing and sure to be very popular additions with the tens of thousands attending the Silverstone Classic.”

Gardner, Spencer, Costello and Parrish will also be taking part in the Celebrity Challenge Trophy Races in Austin A30 and A35 classic cars in a grid including Olympic cyclist Jason Kenny, TV presenter Tiff Needell and Brian Johnson of AC/DC. These races take place on both Saturday and Sunday afternoons.

Tickets MUST be purchased in advance either online here or by phone on 0871 231 0849 (calls cost 13p per minute plus network extras). An adult day ticket costs £43 Friday, £66 Saturday or £55 Sunday with child day tickets costing just £6 and those under 6 going free. There are also family, weekend and hospitality ticket options available. For more info go to: www.silverstoneclassic.com. 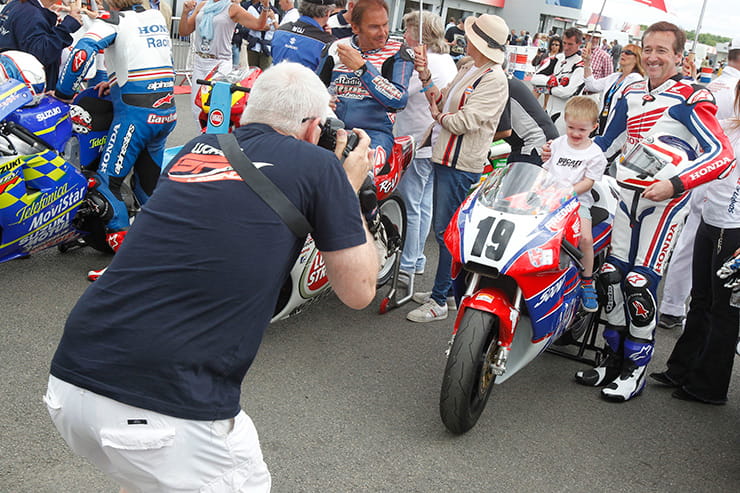