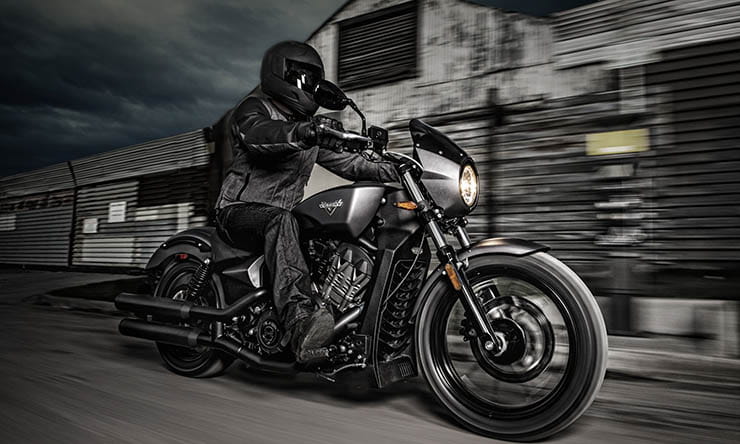 The company that owns Victory and Indian Motorcycles has made the difficult decision to close down its Victory brand and concentrate their motorcycle efforts on Indian it was announced earlier today.

A statement issued by Polaris today by Polaris Industries Chairman and CEO Scott Wine said: “This was an incredibly difficult decision for me, my team and the Polaris Board of Directors.”

He added: “Over the past 18 years, we have invested not only resources, but our hearts and souls, into forging the Victory Motorcycles brand, and we are exceptionally proud of what our team has accomplished. Since inception, our teams have designed and produced nearly 60 Victory models that have been honoured with 25 of the industry’s top awards. The experience, knowledge, infrastructure and capability we’ve built in those 18 years gave us the confidence to acquire and develop the Indian Motorcycle brand, so I would like to express my gratitude to everyone associated with Victory Motorcycles and celebrate your many contributions.”

The firm started back in 1998, and was launched to go head-to-head with Harley-Davidson using the might of the massive Polaris Corporation, a firm that makes everything from snowmobiles to motorcycles, recreational vehicles and farm equipment.

We understand that Victory made up some 3% of Polaris’ total business in 2015 and that some dealers were only selling 20 motorcycles a year, with the brand losing money between 2011 and 2015.

The firm’s focus will now shift to Indian Motorcycles and their Spirit Lake, Iowa and Spearfish, South Dakota factories will continue to build Indian motorcycles. The Polaris Slingshot will also continue production at the firm’s Alabama plant.

Polaris were keen to point out to customers that parts for Victory motorcycles will continue to be supplied by Indian dealers for at least ten years.