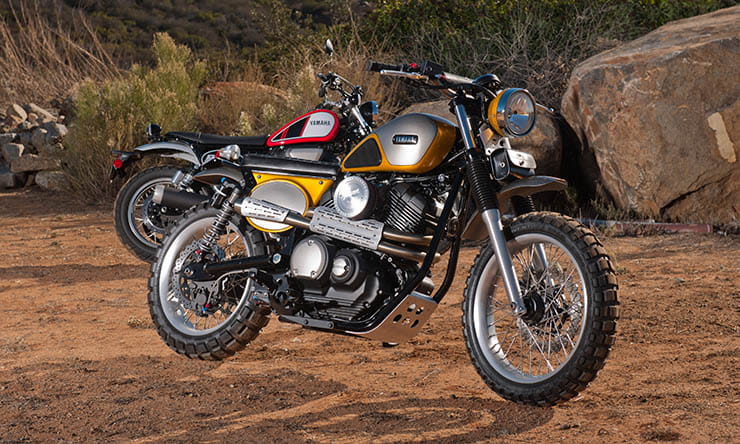 As has become, erm, customary from manufacturers in recent years, Yamaha has commissioned a top bike builder to create a one-off special to show what’s possible with its new-for-2017 scrambler – the SCR950.

So Cal builder Jeff Palhegyi, a long time Yamaha collaborator, has drawn his inspiration from the company’s YDS3C Big Bear Scrambler. As well as echoing the colourschemes of Sixties Yamahas, Palhegyi’s custom is full of neat touches like the retro logos and rubber knee grips on the fuel tank, two-tone paint and a custom exhaust system with heat shields that harken back to the days of the desert sleds that defined California cool during the McQueen era.

While not quite as cool as the Californian creations, the standard SCR950 is in dealerships at the end of March, priced at £8,499 on the road. 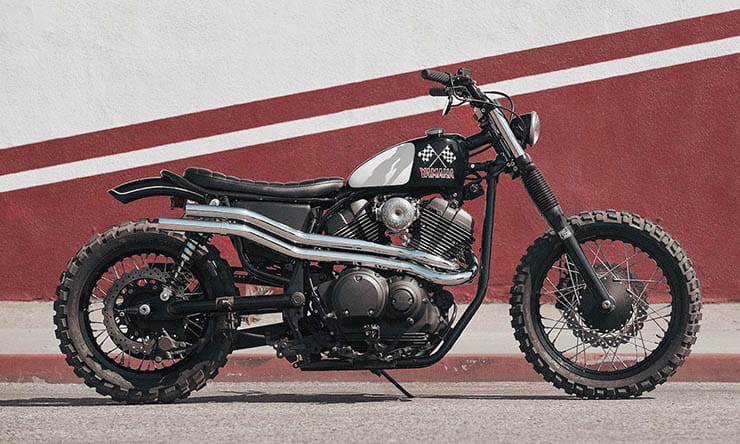