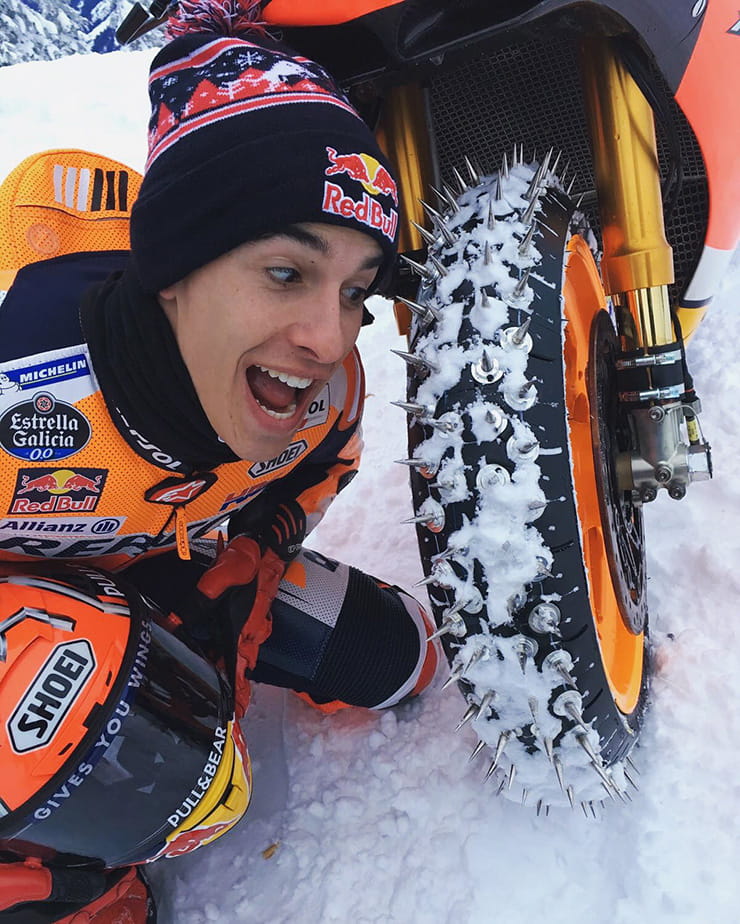 It’s more like MotoG-ski than MotoGP as three time World Champion Marc Marquez shows us once again that he can do virtually anything on a bike!

Only last month Marquez went and beat an international line-up of dirt tracking superstars at their own game at the annual Superprestigio event in Barcelona and now he’s showing off how to ride a 250+bhp MotoGP bike through snow!

The 23-year old Spaniard was caught filming for a Red Bull promotional video on the Hahnenkamm mountain in the Kitzbühel Alps of Northern Austria near Salzburg with amazed skiers and snowboarders looking on.

Earlier today, the smiley Factory Honda rider had posted to the 2m followers of his personal Twitter account @marcmarquez93 a photo of himself next to the spiked front tyre adorning his race machine.

Yet his fly by was caught on camera by Facebook user Daryn Busa (who is probably more of a Suzuki fan), as the 1000cc V4 howled its way up the mountain, momentarily alongside a cameraman on snowmobile before skipping over a mound and almost dismounting from the Honda RC213V.

Marquez flies up the snowy Austrian mountains on a MotoGP bike