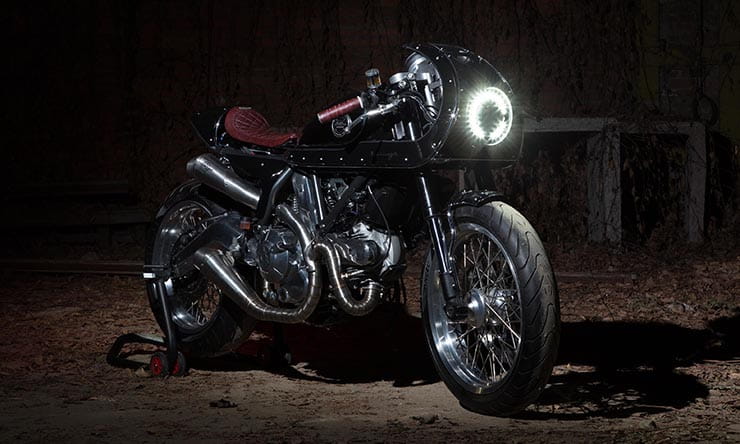 While Italy’s annual EICMA show is universally accepted as the biggest and most important motorcycle exhibition in the world, January’s smaller Motor Bike Expo in nearby Verona is another key show and one that’s popular with the Italian custom community.

We were particularly taken by this, the Milan-based South Garage’s take on the Ducati Scrambler Sixty2, called the Scrambler Essenza (pictured above), which won the Best in Show award in the Concours d'Elegance competition.

South Garage gave the Ducati sanctioned project a decidedly Café Racer style, remaining faithful the company’s vintage racer traditions but retaining the 400cc Scrambler Sixty2’s standard frame and suspension. The craftsmanship on the Essenza (Italian for essential) is truly stunning. Want proof? Just check out that exhaust... and the seat... and the fairing... and the LED headlight. While we are strong advocates of buying bikes to ride them, this is one I’d happily park up in the front room and ogle at every day. Beautiful.

As expected, Ducati had a strong presence at the show, with another Scrambler special also grabbing the headlines. Ducati Scrambler R/T Special (below) is by the up-and-coming Parma-based Anvil Motociclette. The two young customisers say that it takes its cue from the fashion world while evoking the spirit of the Ducati R/T (Road and Track), the cool stripped back Seventies Scrambler model. They also say that the inspiration came from the bikes ridden by Seventies daredevils, which is clear to see. 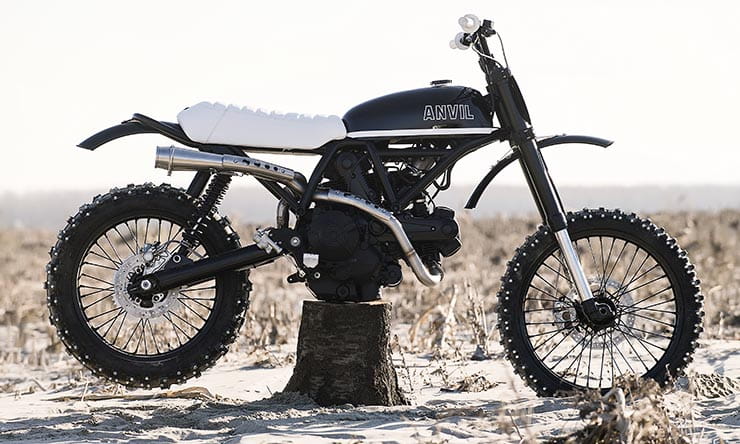