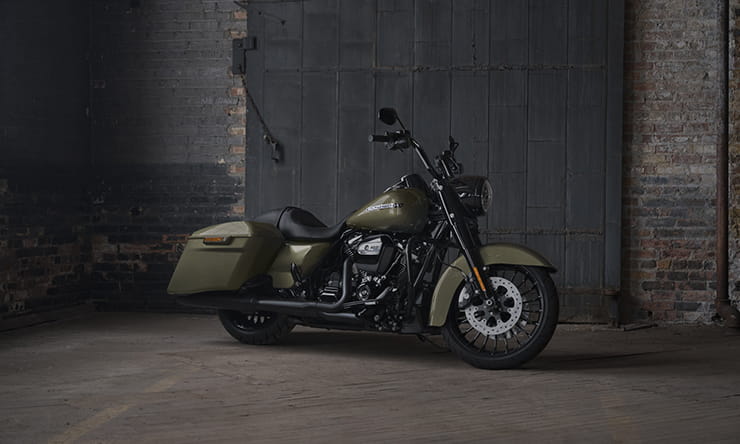 Classic bagger gets a new engine, new suspension and a new look

Harley-Davidson’s classic Road King touring range has a hard new member. The Road King Special has been unveiled and features the new Milwaukee-Eight 107 engine (1745cc), comes with four paint options and is priced at £19,995.

The engine delivers more torque and acceleration power than the 103 motor thanks to it a claimed 10% increase in power resulting in an improvement of 11% from 0-60mph. The engine has four valves per cylinder, a single chain-driven cam, dual spark plugs and is counter-balanced and rubber-mounted in the frame to aid smoothness.

New front forks and rear shock absorbers improve comfort and eliminate vibration. In fact, when Harley-Davidson tested the new engine they felt as though the lack of vibration came as a detriment to the character of the manufacturer, so they added a bit back in!

Other than styling and engine improvements, the new mini-ape handlebars alter the riding position slightly while new gloss black turbine cast-aluminium wheels include a 19-inch front wheel topped by a low-profile mudguard. 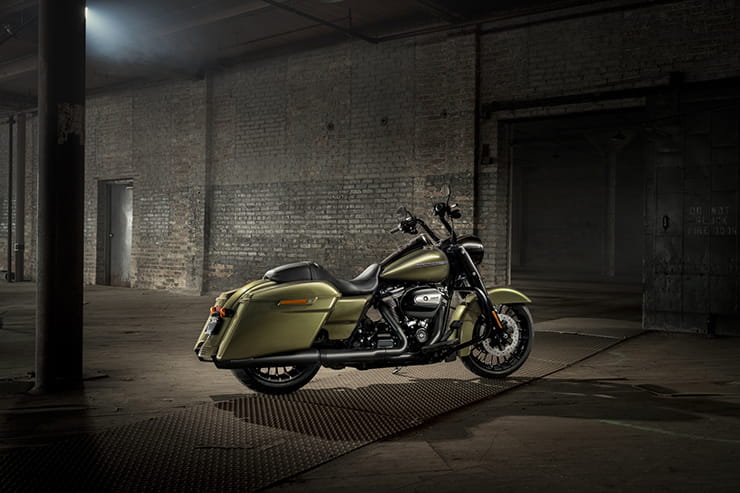