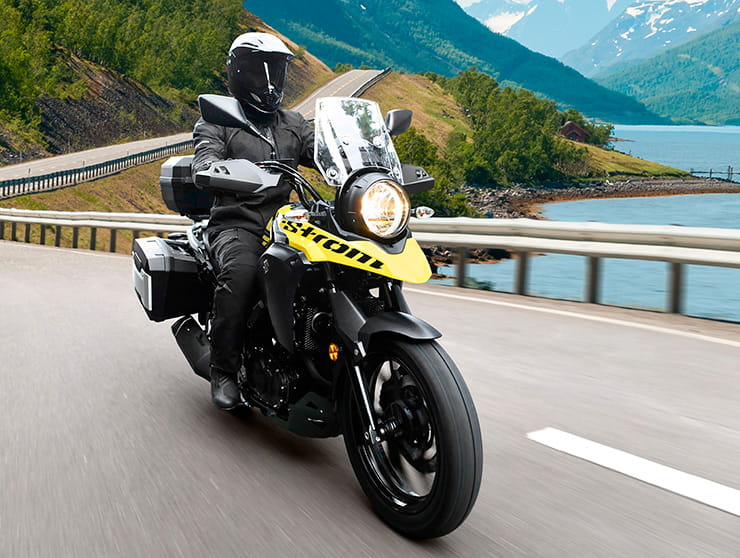 Suzuki have today confirmed their new mini adventure bike, the V-Strom 250, will be in dealerships from October priced at £4,599.

The newest addition to the adventure range that currently consists of the V-Strom 650 and V-Strom 1000, will be equipped with the frugal-yet-punchy 248cc parallel twin engine instead of the V-twin employed to its two larger siblings. The motor in this smaller version is also shared with the new-for-2017 GSX-250R and Inazuma, which delivers 24.6bhp at 8000rpm and 17.3lbs-ft at 6500rpm while offering a claimed 88.3mpg with a range of over 300 miles.

The Japanese manufacturer has already introduced the GSX-250R this year and the covers will be taken off a GSX-R125 and GSX-S125 in the coming weeks too. We’ll be at the UK press launch of the three bikes so stand by for the first reviews.

With the upright riding position and adventure bike styling belying its small capacity, the V-Strom 250 looks like it could be pretty handy daily commute. The front beak design gives the baby ‘Strom a big bike feel, while touches such as the adventure-style windscreen, aluminium rear rack (with 8.5kg capacity) and a 12v power outlet give the V-Strom 250 an element of practicality that usually only comes with bigger and more expensive bikes.

Other neat features include smart LED tail lights, a Bosch-developed ABS system and a range of colours that include black, red and a two-tone black and yellow combo. Expect to see a further range of accessories, including panniers and a top box designed especially for the V-Strom 250.

Suzuki claims that the V-Strom 250 is aimed at new riders and those returning to the fold after a long absence. 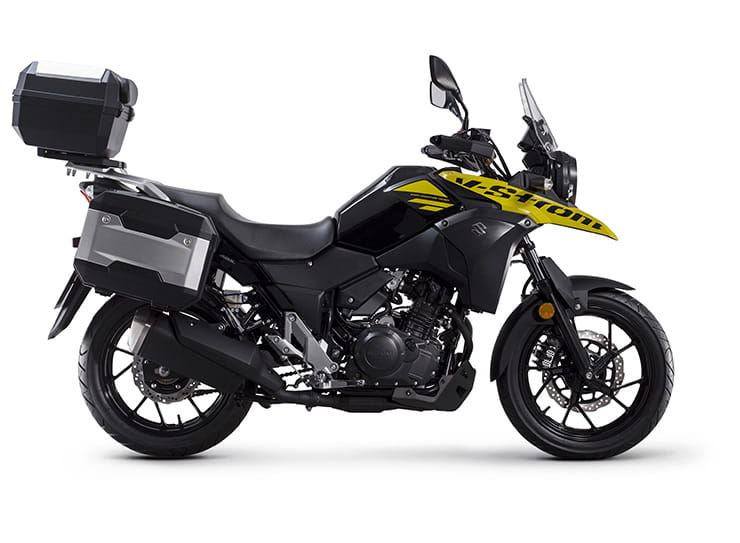 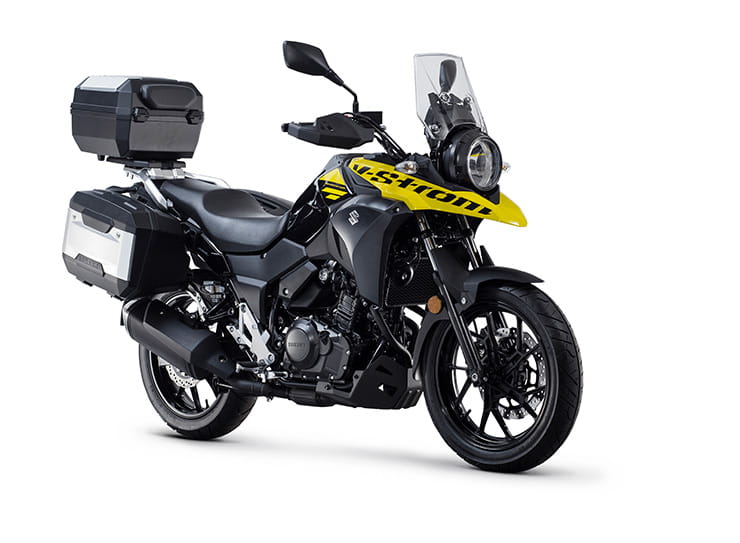 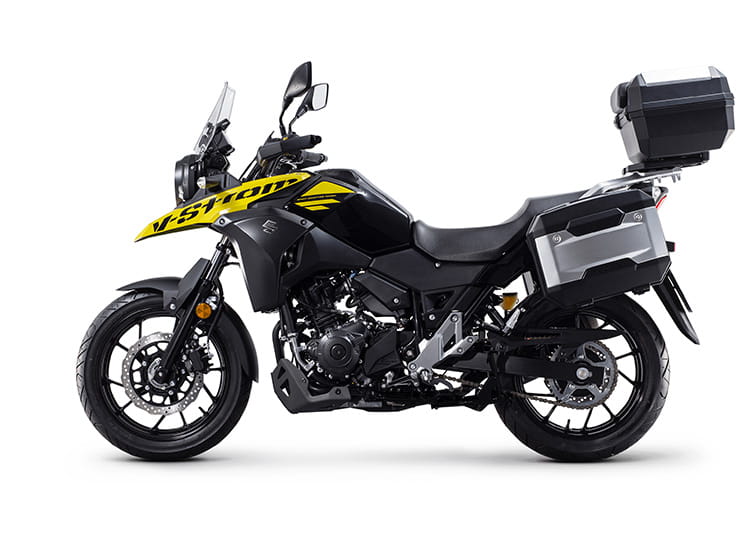