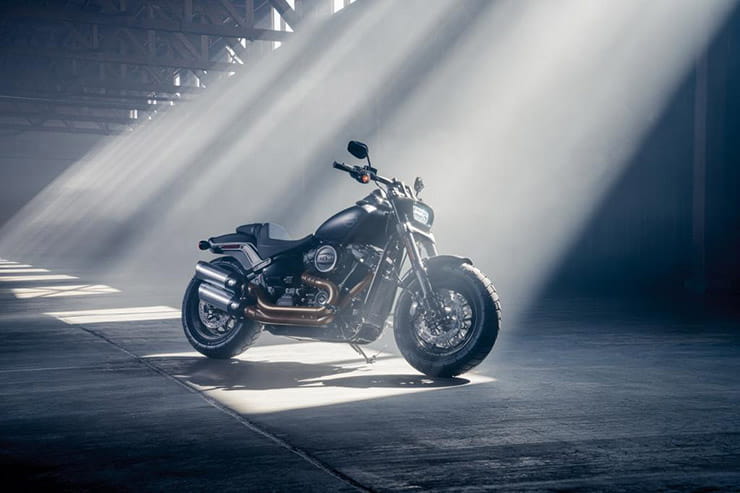 The Milwaukee-Eight engine represented a sea-change for Harley-Davidson when it was launched a year ago. Appearing across the 2017 Touring and Trike ranges it combined retro style and pushrods with four-valves-per-cylinder technology.

Let’s start with that new chassis. Harley’s claiming that it’s nearly 6kg lighter and 65% stiffer than the old Softail while retaining the classic, faux-hardtail style that makes it look like there’s no rear suspension at all.

While it’s still a steel frame, not an aluminium one as favoured by rivals over at Indian, the new chassis uses 50% fewer components, reducing the number of welds and increasing strength. Two different swingarm designs allow the same frame to be adapted to suit wider or narrower rear rubber. Up front there’s ‘Dual-Bending Valve’ suspension as used on the 2017-on Harley touring bikes.

Overall, Harley is claiming that the new Softail models are up to 17kg lighter than their predecessors. Along with the new engine, that should add up to better overall performance.

The Milwaukee-Eight was Harley’s big news this time last year. New big V-twin engines don’t come along very often for the firm, and it represents only the ninth generation since the company adopted the V-twin format.

It keeps the traditional air-cooled looks and the pushrod valve actuation that helps keep the engines compact – allowing motors of nearly two litres displacement to fit into reasonably-sized bikes. But it cleverly adds four-valve-per-cylinder technology and the option of oil or water-cooled cylinder heads, depending on the application.

As usual, Harley prefers to focus on torque instead of power, so doesn’t make official power claims. However, unofficially the 1745cc version makes around 92hp, the 1868cc one is around the 100hp mark and the biggest, 1923cc design is close to 105hp. 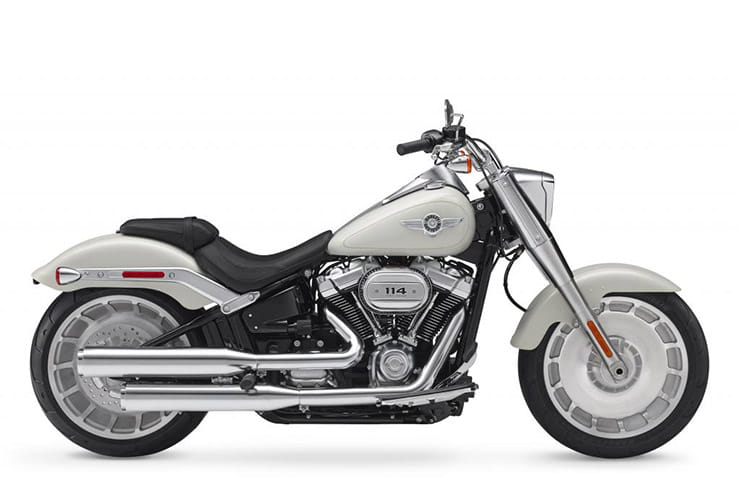 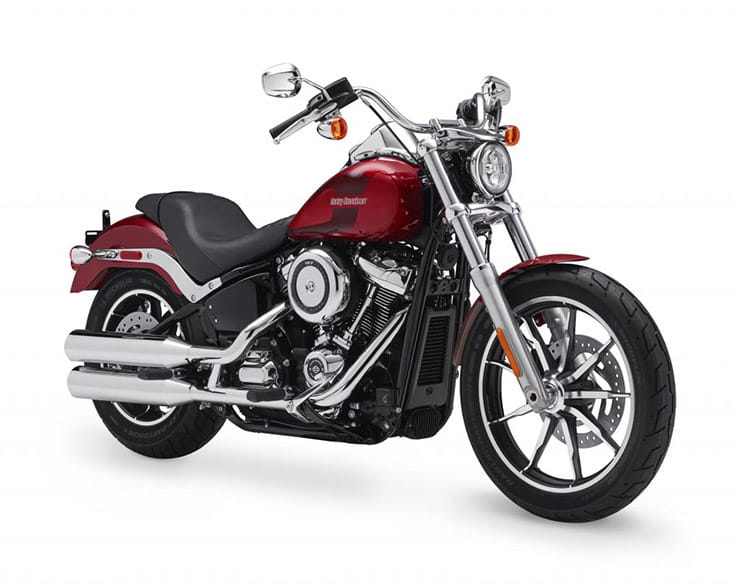 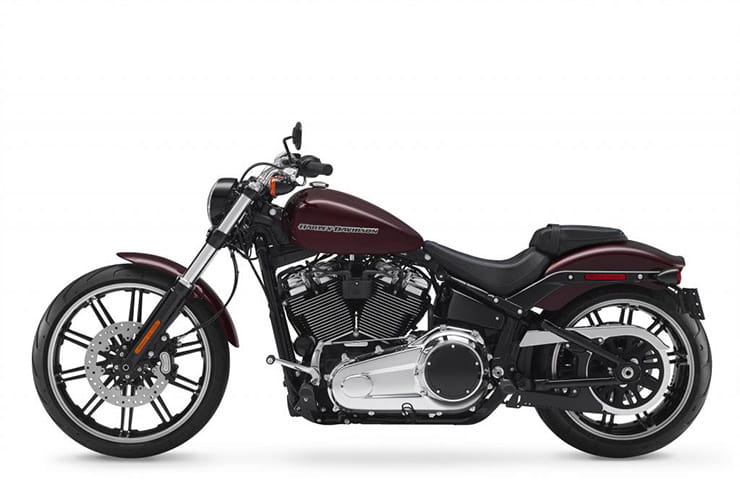 All the 2018 Softail models get LED ‘Daymaker’ headlights as standard along with improved electrical systems. The rear shocks are adjustable for preload and on the technology front there’s keyless start, a USB socket on the steering head and new instruments.

What else is new for Harley?

Away from the new Softail line-up, H-D has released three new ‘CVO’ tourers. The new CVO models all get the new Screamin’ Eagle 117 engine (1923cc, 105hp, 125lb-ft of torque), plus high-end infotainment systems and integrated communications.

And it’s goodbye from…

A few models have disappeared from the Harley range for 2018. The Wide Glide, for instance, is nowhere to be seen. But much more notable is that two entire model ranges have vanished.

While the Dyna line’s disappearance is straightforward – the new frame means that models that were previously twin-shock Dynas are now monoshock Softails – the glaring omission from the 2018 Harley range is the V-Rod.

The DOHC, water-cooled VRSC V-twins – last available in 2017 form as the V-Rod Muscle and Night Rod Special – have disappeared altogether. The bikes that were the fastest, most powerful Harleys of all have been dropped.

While the V-Rod, with its Porsche-developed, water-cooled engine, met fierce criticism from air-cooled traditionalists when it was introduced in 2001, it gathered a cult following in the 16 years since then.

Now Harley is bold enough to have a DOHC, water-cooled twin as an entry-level machine in the Street 500 and Street 750, but the V-Rod that broke that liquid-cooled taboo has been axed.