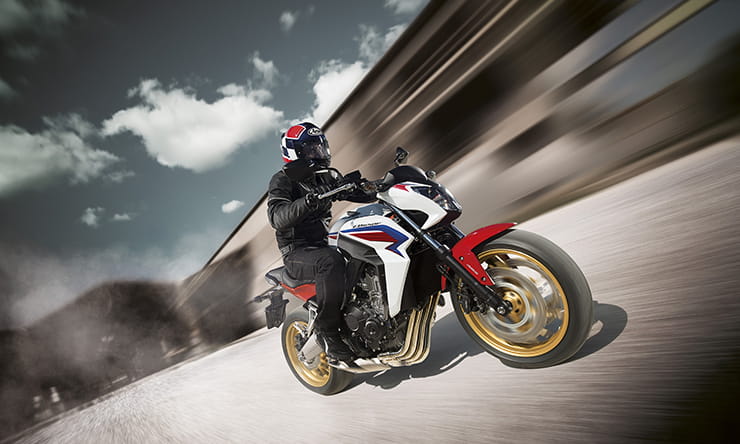 BikeSocial’s Phil West is at the world press launch in Barcelona of Honda’s significantly updated CB650F and CBR650F.

The duo have both had significant engine mods for 2017 with their transverse fours now not just Euro4 compliant but now also producing 4bhp and 3kw more than the outgoing model. In addition, there’s a new exhaust (although it retains the stylish, CB400F-inspired headers), a closer ratio gearbox, uprated suspension, a more aggressive riding position and sharper styling to suit. Finally, to emphasise both bikes’ more sporting nature, they’re now finished in Fireblade-inspired paintjobs.

After the first riding session on the CB650F this morning, Phil just called in with this to report:

“We've just done about 80km inland from motorways into mountain switchbacks on the CB650F and it's clearly sportier and more aggressive than before, with better suspension and a more thrash happy engine, but without losing the budget all rounder appeal of before. At £6599 it's a lot of bike for the money and by far the cheapest four cylinder."

Phil will be reporting back through the day and will bring you full riding impressions, pictures, video and more ASAP so check back for updates.