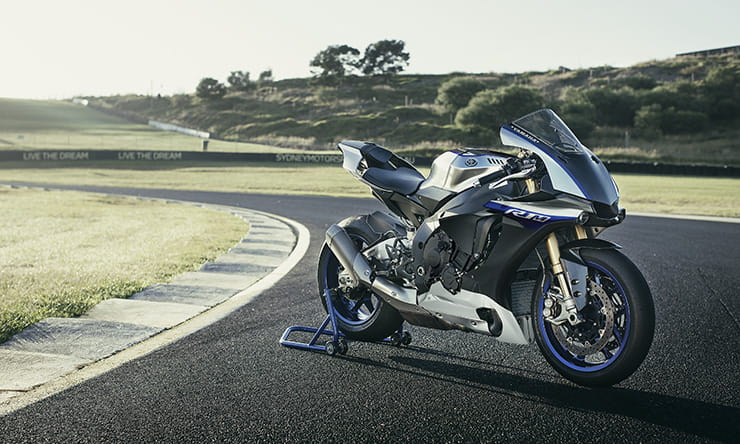 While an all-new R6 is expected to be the headline grabber for Yamaha at next week's INTERMOT trade show in Cologne, the company has today released details of colour changes to a number of existing models ahead of the biennial bunfight in Germany, as well as confirming that another batch of the super-trick YZF-R1M will be made available for March delivery.

The limited edition R1M can only be ordered online. The application site opens on 11 October, with the bike aimed at 'experienced riders, privateer racers and individual race teams'. As in past years, owners will also receive an invite to an exclusive Yamaha Race Experience event (this year held at Silverstone and Mugello) where they not only get a chance to ride their bikes in anger, but also meet with various experts who can help unlock the full potential from the sophisticated electronics and suspension.

No prices have been announced for the 2017 R1M, but expect it to remain at around the £19,000 mark - not bad for a bike that is the closest thing you can buy to a YZR-M1 MotoGP bike.

The only other announcement about anything other than a new coat of paint is that the XV950R cruiser will have a slightly reshaped tank. We've had a look and it looks a little smaller and peanut shaped, but it's certainly nothing major. If you are in the market for one, you'd better not be too fussed about what colour it is. Your only option is what Yamaha call 'Tech Graphite.'

The painters have been in at the Faster Sons workshops too, with the retro XSR700 and XSR900 getting a new lick of black paint to go along with existing options. The 700 also gets some black paint on the radiator shrouds, which should make the water cooling less conspicuous.

We're going to have to wait until Tuesday lunchtime before we find out exactly what Yamaha has in the way of new models for 2017, but we are expecting a small adventure bike based upon the MT-07 platform and a new midrange supersports bike.

The company has dropped hints that it plans to rejuvenate the otherwise dying 600cc supersports class, with official videos showing what sounds like a high-revving new YZF-R6 being ridden on circuit with the sign off  'see more on 4 October 2016'. You can judge for yourself by watching the video below.