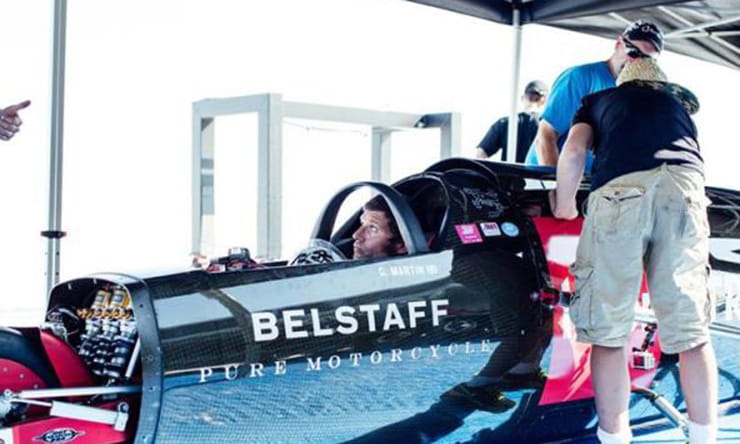 Following a successful test session in August, TV star Guy Martin will return to the famous Bonneville Salt Flats later this week as he attempts to pilot the Triumph Infor Rocket Streamliner into the record books, reclaiming Triumph's position as the "world's fastest motorcycle".

Powered by two turbo-charged Rocket III engines and putting out 1000bhp, the carbon fibre monocoque design streamliner will attempt to break the motorcycle land speed record of 376.8mph this week on the legendary salt flats. The former Isle of Man TT racer set a 274.2mph run during the recent practice week and with the 11-mile course now looking in optimal condition in the coming days, the team has decided to go for the record run later this week.

Bike Social will be in Utah to report on the attempt, which will be shown as part of Guy's 'Speed' TV series. In the meantime, Triumph has released a short video to whet the appetite.