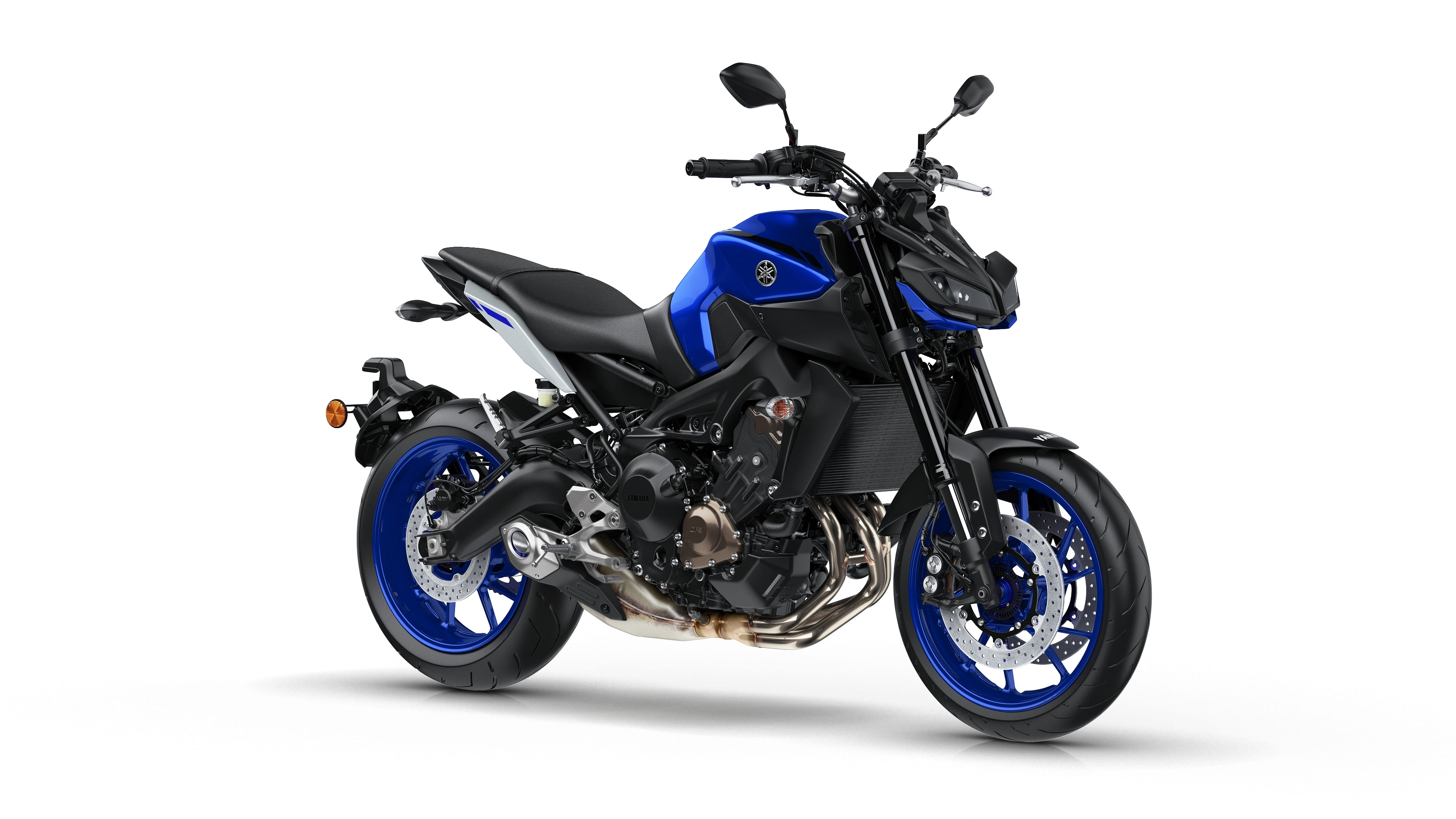 Yamaha’s best-selling MT-09 has received a makeover for 2017 to give it an all new edgier feel and a sharp new look. It was announced today at the Intermot Show in Cologne.

You could be forgiven for thinking the three-cylinder Yamaha MT-09 looks a whole lot like the bigger, R1-derived MT-10, and you’d be right.

Yamaha has given it a radical front-end which makes it look more than a little like its bigger brother. It gets new LED headlights and a bold new face that takes up all of the space between the fork legs.

A new tail unit gives the bike a more athletic stance and is angled steeper, plus it is 30mm shorter. A new seat is flatter and 5mm higher than the current MT-09 and is meant to help riders hold their seating position under hard acceleration and braking.

New side scoops on the radiator combine with tank-mounted air scoops to give the bike a more aggressive and modern feel.

Mechanically, the 2017 MT-09’s motor comes in at the same 850cc, but is now Euro 4 compliant and gets a new exhaust, a slipper clutch, a quickshifter and adjustable compression damping in the front forks. They’re adjustable for rebound too.

It will be available next year in an MT-10 alike night fluro, blue, or black.