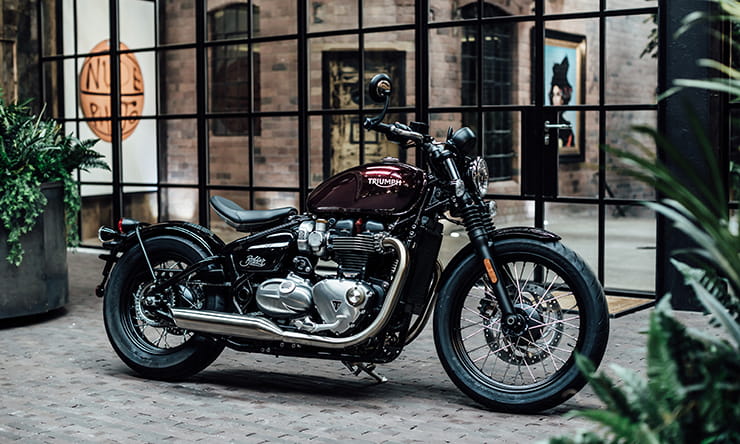 IN a trendy central London location Triumph has this evening taken the covers off the newest and most striking member of their revitalised Bonneville range, new for 2017, this is the Bonneville Bobber.

Though first spied in near production-quality in the summer of 2015, Triumph has waited until now to introduce the T120-inspired Bobber, complete with a near identical liquid-cooled 1200cc, 8-valve, SOHC engine. Though Triumph say it has been tuned for more torque and low down power.

The bike will be available in UK dealerships from January/February with full specifications including power, price, weight and torque set to be revealed at the press riding launch in the middle of December. 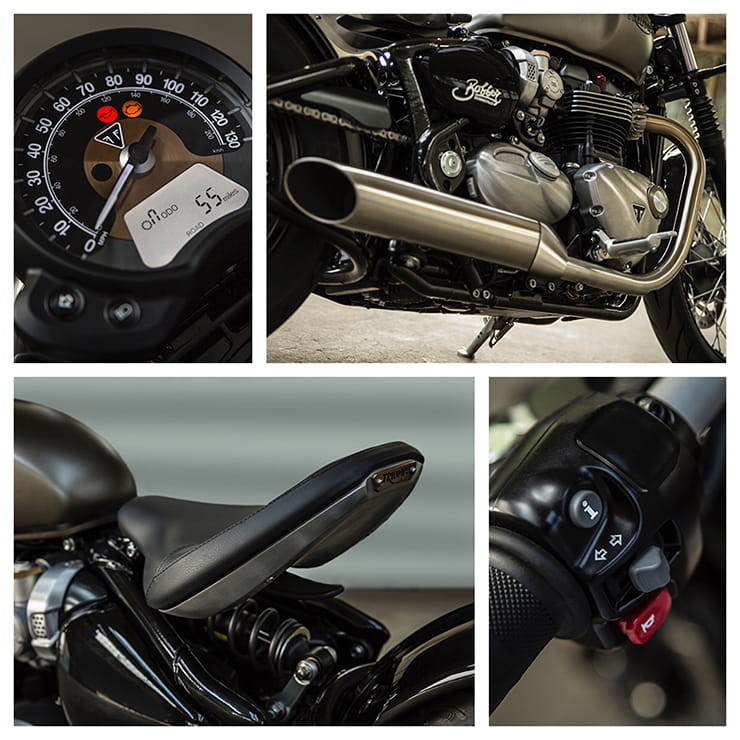 The seat is adjustable using two settings – up and forward or down and back – with a 690mm height in the lowest of the two settings. We’re told that it’s a case of loosening a handful of bolts and can be adjusted in under two minutes while the single clock unit also has a quick-release system and is moveable depending on the riders’ seating position.

Styling wise, the apparent straight-through twin exhausts are cleverly disguised because, in a signature Bonneville style, below the rear brake lever they divert into a catalytic converter and back out into the brushed stainless steel, peashooter style, silencers. The rather unique twin airbox set up with two filters sit below the seat unit and we are promised a “specific Bobber soundtrack”.

Wire-spoked wheels wrapped in a 19” x 2.5” Avon Cobra tyre on the front and 16” x 3.5” on the rear fit the style and close-up, the bike looks beautifully made with a high build quality level. Road and Rain are the two selectable riding modes adjustable via the handlebar on the fly and both use full power. ABS and traction control as standard which is the norm these days and conveniently, its first major service interval is set at 10,000 miles.

Triumph say the bike is aimed at competing with Harley-Davidson’s Forty Eight and Yamaha’s XV950. It’ll be available in four colours: Ironstone, with a matt finish, Morello Red, Competition Green and Frozen Silver and Jet Black.