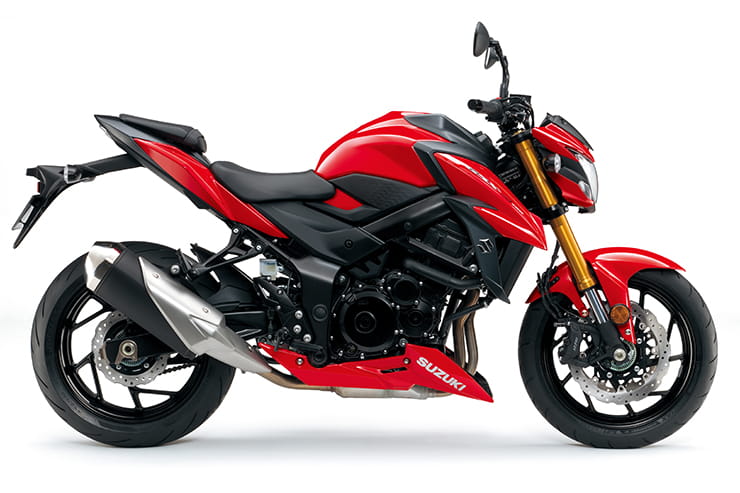 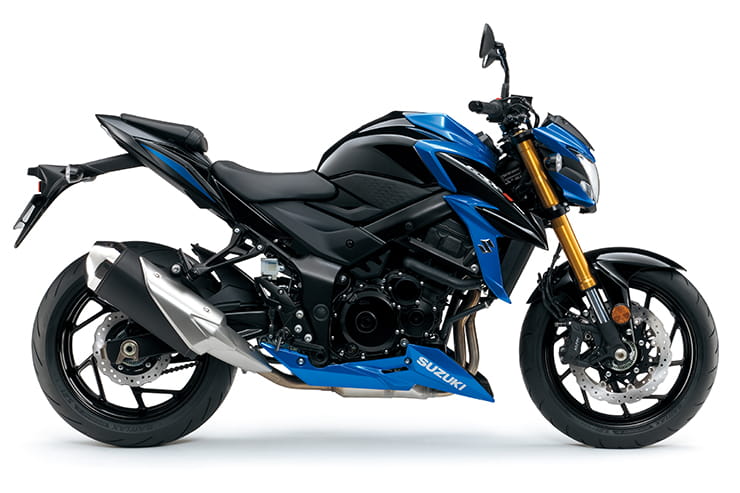 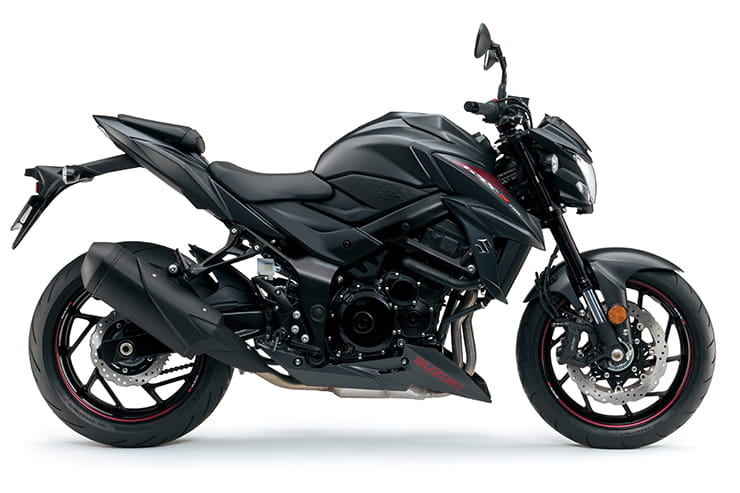 Replacing the GSR750 and taking its styling cues and family lines from the GSX-S1000 comes the GSX-S750 from Suzuki, unveiled today at the Cologne Motorcycle Show, Intermot.

It is not the same as the GSX-S750 already available in the States by the way. No, sir. This 2017 model has a whole raft of changes and upgrades including an increase of 8bhp up to 113bhp.

The naked-litre version has been in dealerships since the beginning of 2015 and with its K5 engine offers riders a handy combination of fast, fun, agile and cheap motorcycling. I likened riding it to a caffeine hit first thing in the morning – lively and exciting though not everybody’s idea of a smooth ride. While it lacks the refinements and raw power of its streetfighting rivals from the likes of BMW, Yamaha, KTM and Aprilia, the Suzuki does save a large handful of cash. Can the 750 version offer the same edgy performance and tidy handling just like the GSX-R750?

And just like the litre-version, this new 750cc naked uses a tuned version of the 2005 GSX-R750 liquid-cooled, inline-four cylinder, four-stroke engine. Suzuki say this is because “its engine mounting angle is close to vertical. This helps realise the short wheelbase wanted on a naked model.”

With Suzuki developing the 750cc engine to comply with Euro4 emissions regulations, could this new naked be pathing the way for a modern day GSX-R750 as well as a new GSX-S750F to match the range from its 1000cc brother? 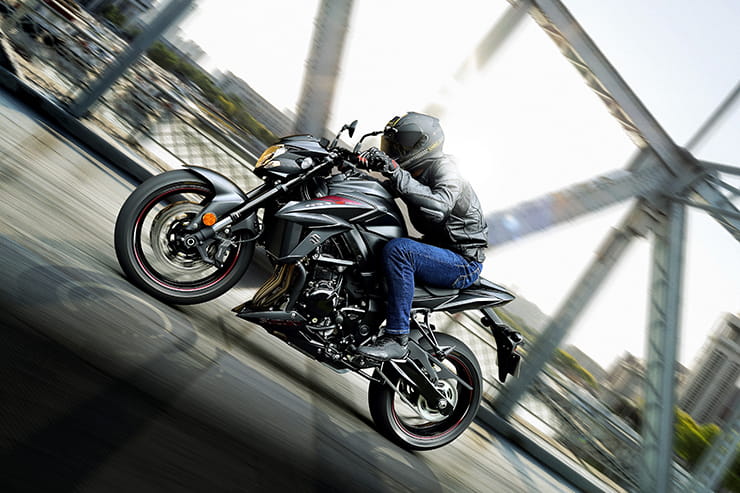 Performance-wise, the new bike’s maximum power is 113bhp and acceleration is improved over the GSR750 courtesy of a shorter final gear ratio. A new airbox inlet creates a more exciting sound, so claim the Japanese manufacturer while Bridgestone Battlax Hypepersport S21 tyres come as standard.

A 3-stage traction control system plus one-touch starter - press once rather than push and hold and no need to pull the clutch in - add to the rider comforts as does the smart LCD instruments and its handlebar-mounted controls nabbed from the GSX-S1000.

Onto the styling and the Suzuki GSX-S750 gets a new look virtually all over. A new headlight design, tail tidy, rear fairing, rear lights, footpegs, swingarm, belly pan and 10-spoke wheels sharpen up the appearance. Suzuki have even tidied up the wiring and hoses. Also featured is what Suzuki call ‘Low RPM Assist’ but reading between the lines, this function is essentially an anti-stall mechanism allowing the engine rpm to rise when stationary or riding at low speeds. Handy and ego-saving.

Improvements to the crank case and new fuel injectors increase fuel volume and improve efficiency while the 4-into-2-into-1 design exhaust is updated from the GSR750 making it lighter, cleaner and more attractive while contributing to stronger low-to-mid range output.

The price and release date are set to be confirmed at the Cologne Motorcycle Show. It replaces the GSR750 ABS model which is currently listed at £7499. 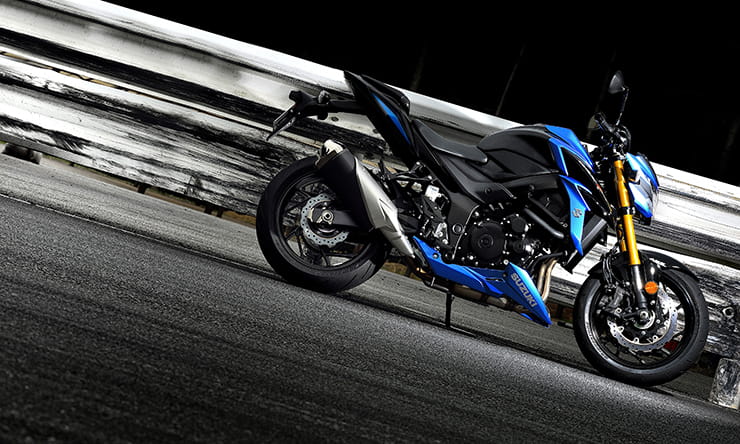