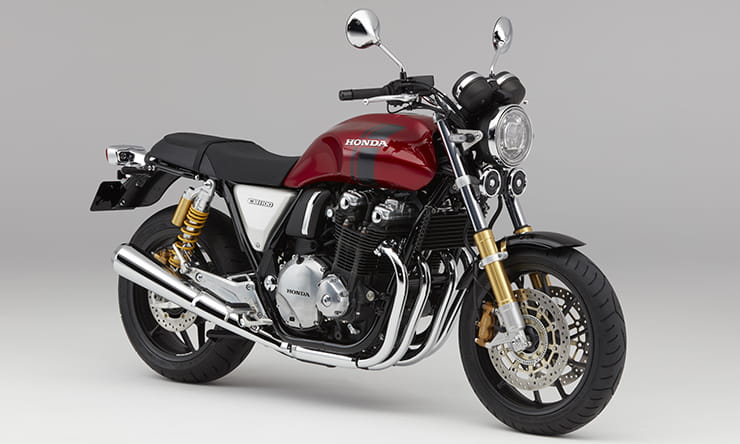 Ten years after Honda showed a prototype of an 1100cc café racer at the 2007 Tokyo Show, Honda have finally revealed the nearest it appears we’ll get to a production version of an air/oil-cooled street racer, and it will go on sale next year.

The new CB1100RS (pictured) features a stripped-back and lean vibe and is essentially a sportier version of the new, updated for 2016, naked CB1100EX. A similar prototype has been show at various Japanese motorcycle shows in recent years.

Both motors get shortened air inlet tracts, new air cleaner and a single 36mm throttle body, it also gets new, shorter exhausts to boost low and mid-range rpm. The pipes are tucked in further than the old CB1100EX for improved ground clearance.

Honda say: “With a keener edge to its appeal and performance, the CB1100RS is a perfect machine to cut through the city in style, and cut loose on winding roads at weekends. It exudes exquisite engineering that draws in the observer, and is also a platform ripe for customization, and ready for an owner’s imagination.”

There are six gears, but Honda admit the sixth gear is more of an overdrive for motorways and cruising. Such is the attention to detail of the CB1100, test riders of the original 2013 model say that Honda spent years getting the firing order of the bike right to make it feel exactly like an old bike, but with all the luxuries of a modern roadster. Features like fuel-injection and a slipper clutch bring the retro-looking bike bang into 2017.

Like the standard CB1100EX, there’s a retro style 16.8-litre tank with aircraft style filler cap, on top of a big streel double cradle frame and pressed aluminium sidepanels to enhance the retro style.

But, compared to the standard CB1100EX, the CB1100RS gets sharper geometry at 26 degrees and 99m of trail (compared to the EX at 27 degrees and 114mm of trail, plus firmer Showa suspension with 43mm dual bending valve forks, an aluminium top yoke, lower bars, radially-mounted four-piston calipers, cast aluminium wheels (instead of spokes on the EX), and a sportier riding position. It also gets fatter 180/55 x 17 inch rear tyre and 120/70 x 17 inch front tyre sizes to compliment the sportier vibe. The wheelbase comes in shorter too, at 1485mm compared to 1490mm for the standard bike.

At the rear of the bike, old school style twin Showa remote reservoir rear shocks are mounted to a new beefed-up aluminium swingarm.

Despite the bike’s retro looks, it’s designed to be fully practical too with a claimed 186-mile tank range and modern LED headlight, LED rear light and all the usual featurs you’d expect on the clocks.

Both the CB1100EX and CB1100RS will be available in dealerships early next year. No prices are yet available. 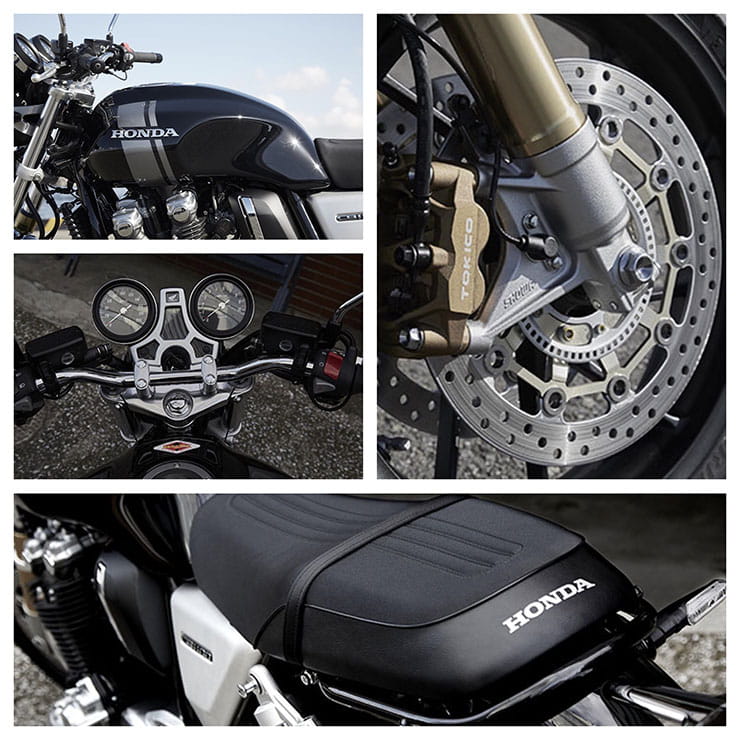