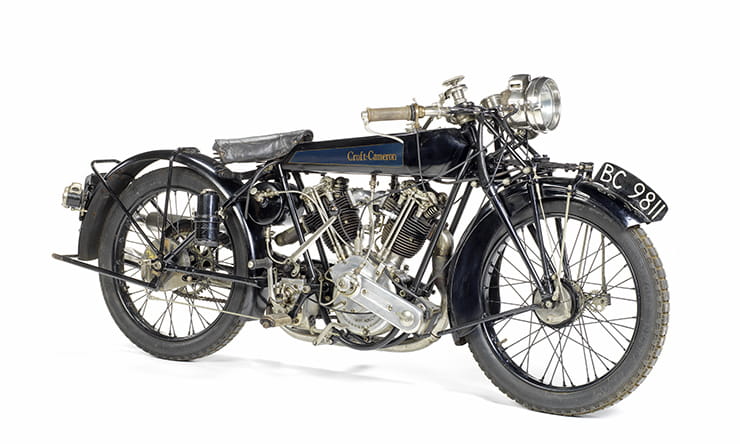 An eye watering 1.6 million pounds was spent by bidders with Bonhams at their Autumn sale at the Stafford Classic Bike Show on Sunday 16th October. Hidden within this total were lots to suit a variety of pockets. You would have had to dig deep to buy the star of the Stafford Sale. The crown for the most expensive bike of the event went to the 1924 Croft-Cameron 996cc Super Eight, the v twin four stroke that was built in Coventry sold for £203,100 (pictured above). 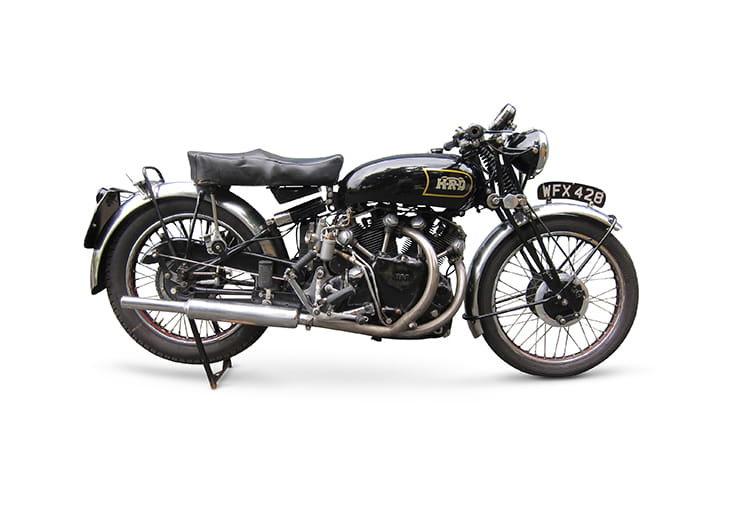 At the other end of the spectrum was lot 129, a James Cadet 147cc (pictured below) that had spent many years under a tarpaulin. It sold for £23, proving you could bag yourself something for less than around a £100 at Bonhams. Other bargain basement offerings included an  AA sidecar that made £125 and a poster signed by Geoff Duke achieved the same amount. 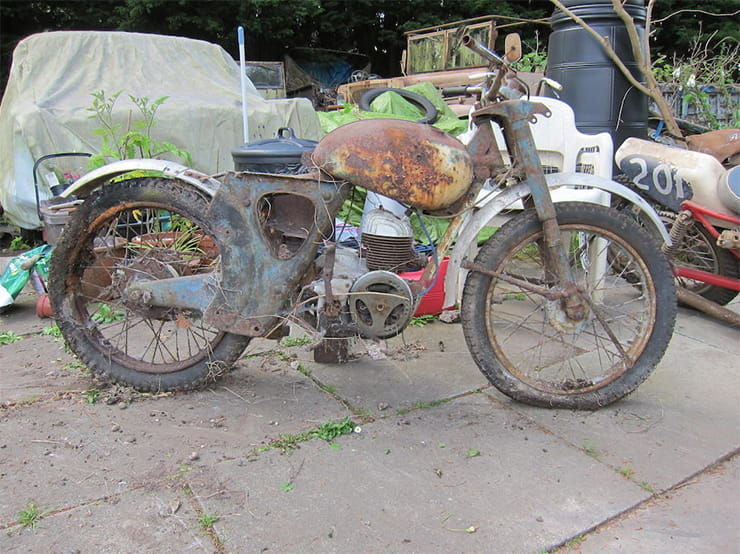 There were a few cheaper classics too. The most obvious being a 1989 Kawasaki ZXR750H1 (pictured below) that realised a reasonable sum of £1,150. The Honda TT100 FireBlade we feature in last weeks Good, Bad and Ugly hit £10,925.

Malcolm Barber, Co-Chairman of Bonhams and auctioneer at the sale said, “UK bidding was competitive from both the trade and private collectors – the pound taking on strong European and indeed international currencies”.

His feelings were echoed by James Stensel, Head of Bonhams Motorcycle Department, who said: “The Bonhams Stafford Sale continues to act as the international barometer for collectors’ motorcycle sales. The strong results at Stafford, including an industry leading percentage sale rate, were a welcome indication of the strength of the market”. 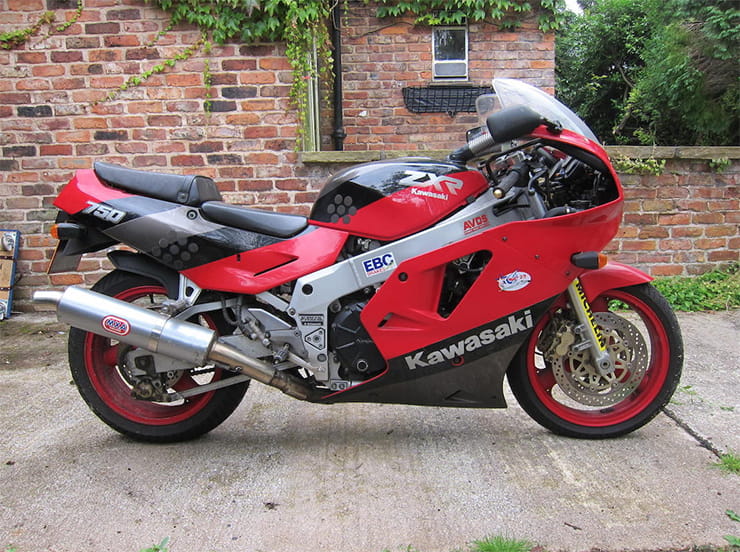