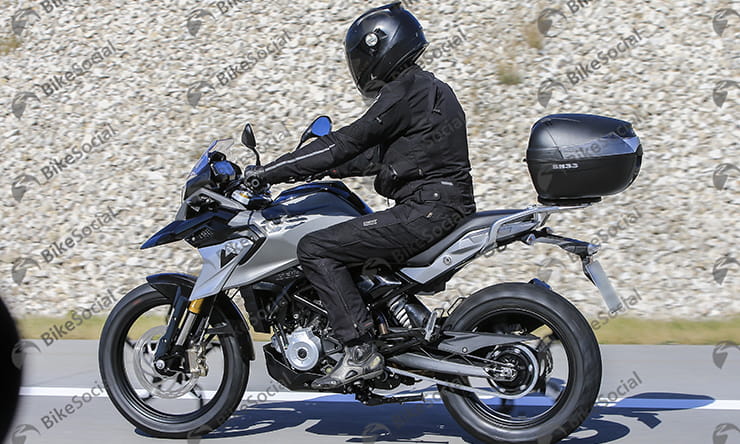 Just weeks before the first modern day sub-500cc BMW hits the dealerships in the shape of the G310 R, our spy photographer has caught more than just a glimpse of an adventure version of the entry-level BMW. It’ll be known as the G310 GS and is expected to be ready for 2017.

In its complete and production-ready state, the G310 GS looks set to follow in the footsteps of the G310 R and certainly shares many identical parts, from the 313cc liquid-cooled, single-cylinder, four-stroke engine and the frame to the 17” 5-spoke cast wheels front and back, brakes and exhaust.

The new BMW has a stance of a full-sized adventure bike and the styling looks spot on. The most obvious visual differences are the moniker’s traditional beaky styling with small fly screen and a redesigned fairing wrapping around the fuel tank and extending around the pillion portion of the single seat unit. The rear luggage rack, centre stand, extended front mudguard and Metzeler Tourance enduro-focused tyres as opposed to the Michelin Pilot Street are also difference between the two models and all point toward a more adventure focus. It remains to be seen if the top box and centre stand are standard fit – neither are on the R.

Until the official specs are revealed or the bike is photographed next to an R model, we’re unable to verify if the USD forks or monoshock at the rear have been recalibrated to enhance the GS’s height.

The firm’s first step on its adventure bike ladder is expected to be officially unveiled at the Milan Motorcycle Show on 8th November with a colour range to include the two we’ve spotted; Grey/Red and Grey/Black. The G310 R is priced at £4290 and while we naturally expect the GS model to be more expensive, we believe its price tag will remain under the magic £5k mark.

The R makes 34bhp @ 9,500rpm and is the first BMW built entirely outside Europe, using 80% Indian-sourced parts all via TVS, BMW’s partner. TVS are the third-largest bike manufacturer in India, with three plants at home and one in Indonesia, already producing 2.5 million bikes per year. They’re also familiar with foreign partnerships – they had a 20-year tie-up in the 80s and 90s with Suzuki.

The G 310 R isn’t completely about emerging markets; it has a role in Europe too, where its novice, sub-A2 licence, lightweight agility, and low purchase and running costs make it ideal about town and for novices.

What’s next for the 313cc liquid-cooled single? An G310 S maybe to compete with the sports 300s from Honda, KTM, Kawasaki and Yamaha? That would certainly be eligible for the new World Superbike Sports 300 Championship being introduced in 2017. 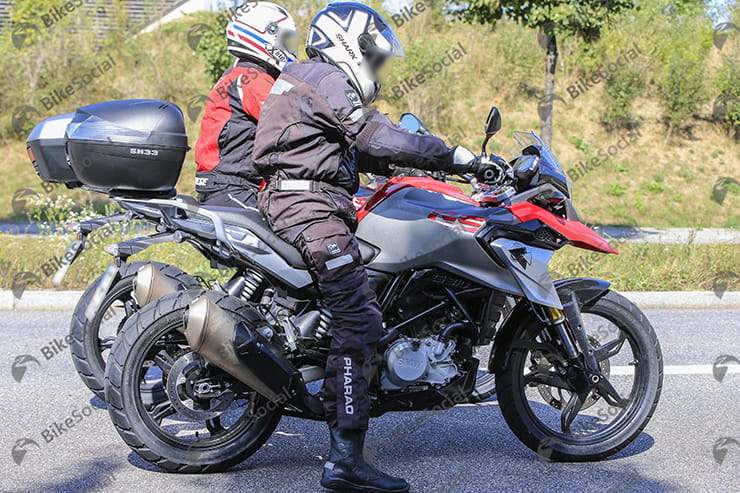