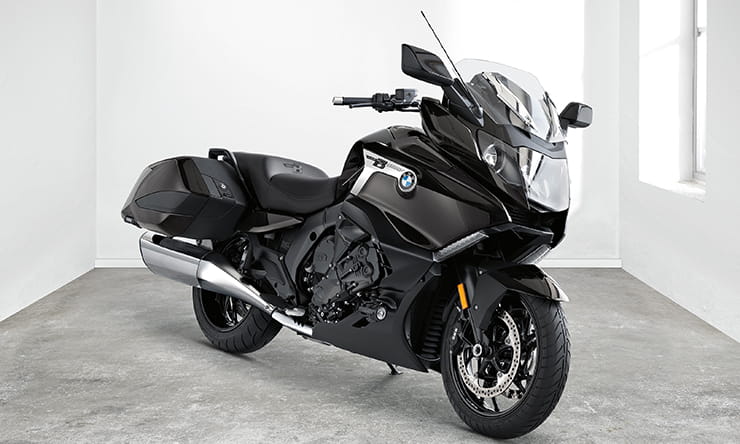 Away from the hustle and bustle of last week’s launch fest at Intermot, BMW has confirmed that the K1600-based bagger that has been spied during the summer will go into production for 2017.

BMW are unashamedly pitching the K1600 B to a Stateside audience, describing it as the embodiment of ‘Grand American Touring’ and endowing it with many of the styling cues associated with the big American tourers.

The K1600’s rear subframe has been dropped to reduce seat height to 780mm as standard (with a 750mm option available as an accessory) and there’s plenty of spec, with the electrically operated windscreen, BMW’s Dynamic ESA electronic suspension, cruise control, heated seats and cornering ABS as standard.

If that’s not enough, factory fit options include Shift Assist Pro, for clutchless gear shifts and Intelligent Emergency Call, which offers rapid assistance in the case of an accident from 2018. The options list also includes central locking, reverse assist and hill start control, which could be handy as the K1600 B weighs in at 336kg ready to ride.

No details are available yet regarding when the bike will available or how much it'll cost, but if you're thinking that the K1600 B is for you then you'll have to want one in black, because that's the only colour option. 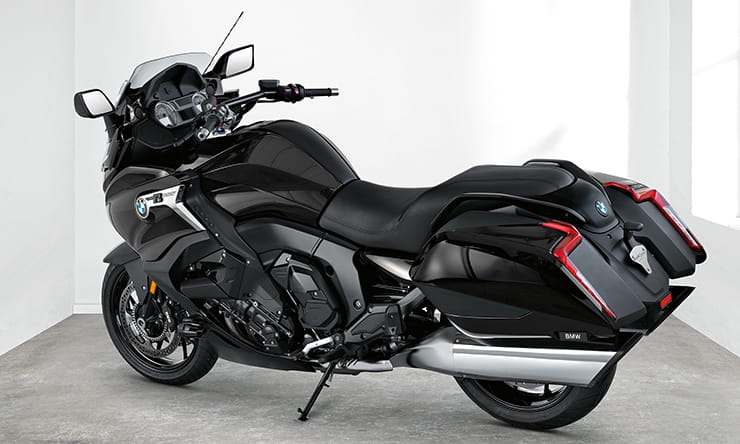