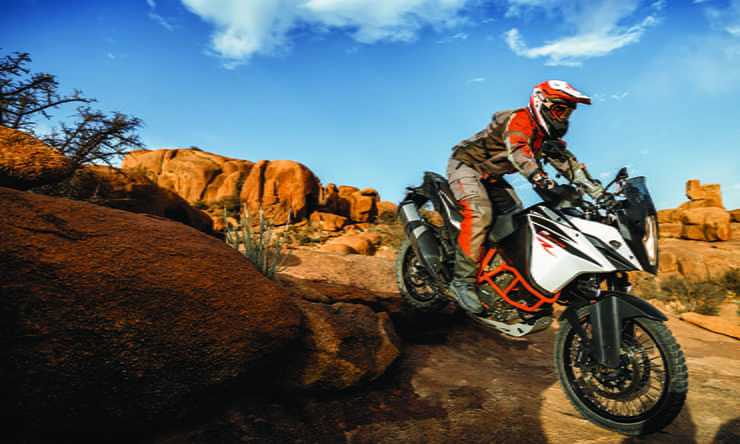 Despite the name, the 1090s actually feature the same 1050cc 75-degree V-twin as the outgoing model, although the powerplant has been heavily revised to unleash an additional 30bhp and meet the new Euro4 emissions regulations.

The 125bhp adventure tourers are pure KTM with steel trellis chassis, loads of tech and a ride that promises to be edgier than its more conservative rivals in the class, such as the BMW R1200GS, Triumph Tiger Explorer and Ducati’s entry-level Multistrada.

For ‘entry level’ models, the 1090s are packed with tech: slipper clutch, ride by wire and three way traction control (four way on the R model). Bodywork has been restyled but the chassis specs remain largely as per the outgoing model, meaning 43mm WP forks up front, 23 litre fuel tank and a 850mm seat height for the standard bike (890 on the Adventure R).

The main differences between the 1090 Adventure and the 1090 Adventure R comes in the form of the more off-road orientated wheels and suspension. The R features chunkier 48mm forks with 220mm of travel (35mm more than the standard bike) and features spoked rather than cast wheels. The R runs a 21” at the front and 18” at the rear, compared to 19” and 17” on the more road orientated version, and these are shod with Continental TKC80 knobblies.

While all previous 1050 Adventures were restricted to 95bhp version in order to make them accessible to riders with A2 licences, the new model will be sold primarily as a full power model, however a 95bhp version will also available and this can be further restricted to 47bhp to meet A2 licence laws.

The decision to increase the 1090 Adventure's power output so significantly also adds fuel to the speculation that the Austrian company will launch a smaller machine, with suggestions that an 800cc twin will be unveiled at next month's EICMA show in Milan. 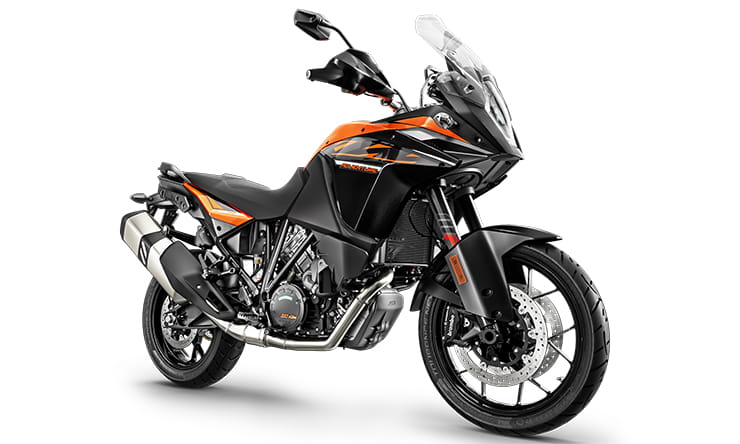