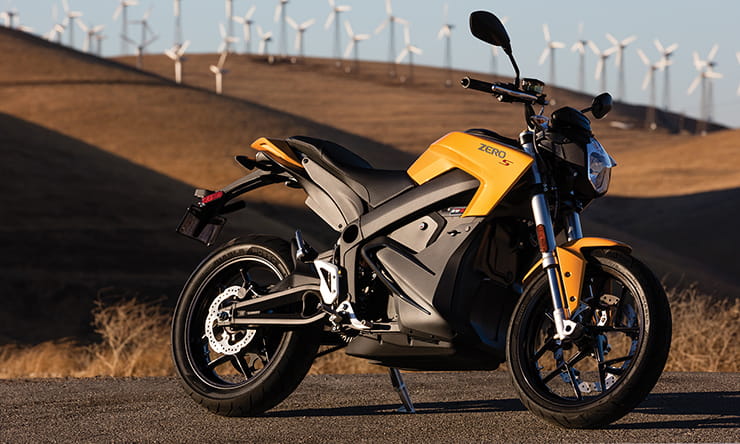 After several false starts, American electric bike brand Zero is due to return to Europe in 2017 – with a models in the line up that the company claims can run for up to 325km (202 miles) between recharging.

While many motorcyclists buy into the concept of electric motorcycles, battery bikes are still handicapped by excess weight, limited range and high prices when compared to their petrol counterparts.

Zero’s six-bike range starts at just over 12,000 Euros and the company says that the new extended power pack means that the S and SR models can do 200 city miles between plug ins – that’s quite a step up from previous generation electric bikes that would struggle to do half that. On the open road, the company reckons that you will be able to do over 120 miles before requiring an hour's charging.

The Zero S can be ridden on an A1 licence, making it one of the most potent learner legal bikes on the market, while the SR delivers the equivalent of 69hp and 146Nm of torque, while weight is a reasonable 188kg for the basic bikes and 208kg with the extended range battery.

Electric bikes may still be something of a novelty but there’s no doubt that the technology is improving year on year. While battery powered bikes are still struggling to make much headway in the mainstream market, electric machines from the likes of Kuberg and OSET are popular for kids riding off-road. Full sized electric bikes are also finding a market with police forces and local authorities, while the smoothness and silent running has made them a popular choice as camera bikes on film productions.