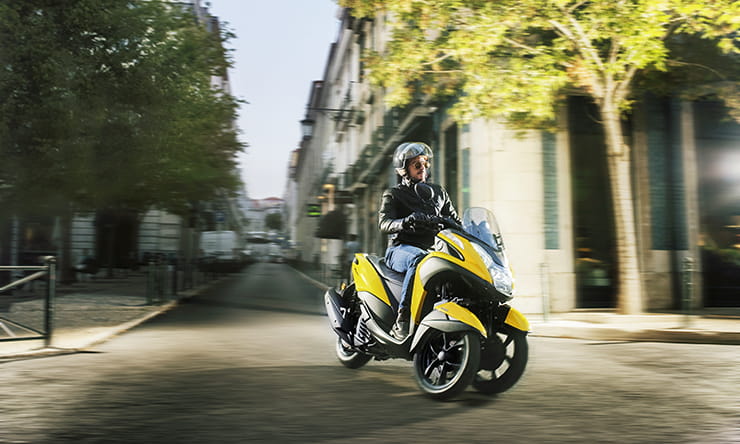 Very much aimed at the city commuter where the the 3-wheel stability offers a little more confidence over the wet or less grippy surfaces comes Yamaha’s upgraded Tricity 125 unveiled today at the Milan Motorcycle Show this evening.

When a manufacturer tells us about “significant chassis improvements” and being “faster and more economical” it bodes well for an interesting upgraded model and even though it’s a three-wheeled commuter scooter, it’s still a popular model especially around the European city streets perhaps more so than the UK, so what have Yamaha got in mind for the Tricity 125?

The stability is gained by the leaning multi-wheel design with 2 front wheels while the increased power comes from the more economical Blue Core 125cc liquid cooled, single cylinder, 4-stroke engine which matches that used in the NMAX 125 pumping out 12bhp at 7,500rpm.

In a bid to move commuters away from the mundane, expensive, unreliable public transport, Yamaha have redesigned the rear panels for a sportier look while introducing new colours to the range which is now four-strong: Sunny Yellow, Aqua Blue, Milky White and our favourite, the sleek Matt Grey.

A 40mm longer wheelbase over the outgoing model not only adds to stability but equally gives the rider a little more space as well as a larger storage compartment which can now fit an XL full-face helmet. The new front pocket is equipped with a handy 12V outlet for powering GPS navigation devices, or charging mobile phones.

The new Euro-4 compliant Tricity 125 will be available as early as February 2017. Forget the bus pass, get involved with a three-wheeler. 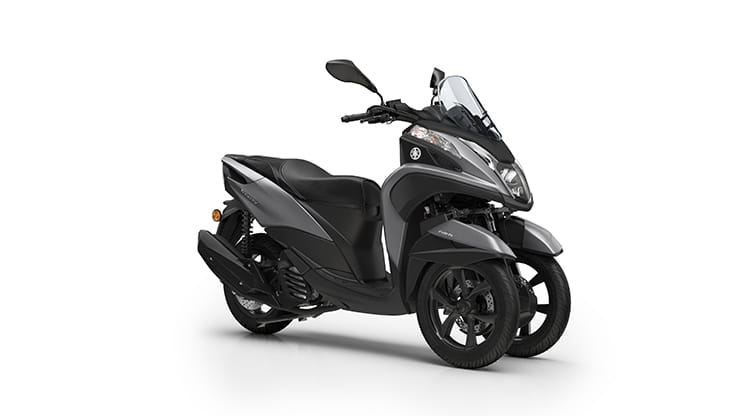